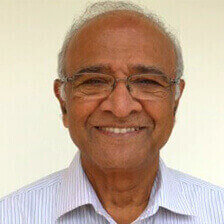 Dr. Bathina is a Fellow of the American College of Cardiology.

Dr. Bathina completed his undergraduate studies at Andhra University, India. He then went on to study medicine at Kurnool Medical College in Kurnool, India.

After spending four years as an Assistant Professor of Medicine at Osmania University, Dr. Bathina performed his internal medicine residency at Columbus Hospital in Chicago, Illinois. He also completed his cardiology fellowship at this hospital, which is affiliated with Northwestern University. 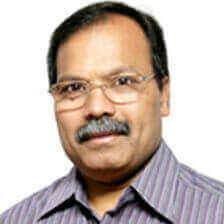 Dr. Thangaraj is currently associated as Scientist & Group Leader at the Evolutionary and Medical Genetics Laboratory, Centre for Cellular and Molecular Biology (CCMB), where he holds the position of EII Grade Scientist.

His research interest is mainly in the domains of origin of modern human; genetic basis of male infertility, cardiovascular disease, sex determination, mitochondrial disorders, and ayur genomics; and forensic genetics.

He is associated with the assessment committee as a technical expert for National Accreditation Board for Testing and Calibration Laboratories (DST), New Delhi.

He is an Editorial Board member for several journals such as Human Biology and The Open Andrology Journal.

Dr. Thangaraj completed his PhD from the University of Madras in India. 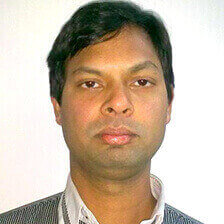 Dr. Jai Prakash Mehta is a Bioinformatician with extensive experience working on Next Generation Sequencing and other high throughput 'omics' technologies.

He is a member of the Systems Biology Group at UCD Conway Institute of Bimolecular & Biomedical Research. His current research interests include Neuroblastoma and developing MYCN transcriptional network using high throughput genomics, transcriptomics and proteomics data obtained from cell lines and clinical samples.

Dr. Mehta also gained rich experience at Sequencing Core Facility, UCD Conway Institute of Bimolecular & Biomedical Research, where he managed and analyzed sequencing data generated from Illumina sequencers. His extensive working knowledge of the industry comes from his tenure as Principal Bioinformatics Specialist at Ocimum Biosolutions, Hyderabad, where he worked on algorithms and software development for gene expression data analysis.

Dr. Mehta received his PhD from National Institute for Cellular Biotechnology at Dublin City University, Ireland, for his work on gene expression in the disease breast cancer. He studied bioinformatics at Pune University. 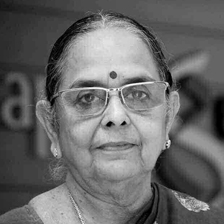 Dr. Radha Rama Devi is a pediatric genetics consultant with the renowned Rainbow by Birthright Hospitals,Center for DNA Fingerprinting and Diagnostics (CDFD) and Diagnostic Centres such as Sandor, in Hyderabad. A pioneer in the field of genetics, she has been instrumental in setting up the first Newborn Screening for preventable causes of Mental retardation in India and published the first data on the prevalence of these disorders in the Indian population.

This further led to the establishment of prenatal diagnosis for high risk families with the sole objective of genetic counseling and prevention of genetic disorders.

A post graduate in Pediatrics from Andhra Medical College, Vizag, she is also the recipient of a number of Awards and Medals like President's Medal in MBBS, Gold Medal in Medicine, National Women Bioscientist (Senior) award in 2005. A holder of certificate in Genetic Engineering by IISc, Bangalore, she has worked as a Medical Officer at the Indian Institute of Science (IISc) Bangalore (1977-94). She has published in National and International journals in the fields of Inbreeding, Neonatal Screening and Metabolic Disorders and has presented her work at IInd International conference on Neonatal Screening at Japan and 4th Asia Pacific Conference on Neonatal Screening at Manila, Philippines (2001).

She is also well known for her contribution in setting up the nation's most comprehensive laboratory for genetic diagnostic services for the diagnosis of biochemical, molecular and cytogenetic disorders at CDFD.

Her special interest in the field of Inborn Errors of Metabolism, made it a natural move for this wonder woman to offer Mapmygenome’s “Babymap Newborn and Carrier Screening” to her patients. With a trained fellowship by British Council in the field of Inborn Errors of Metabolism, she instantly understood and related to the product (Babymap) that covers 150+ disorders that include Inborn Errors of Metabolism (IEMs) and other most commonly occurring genetic disorders in newborns. Majority of these, she mentioned could be managed and/or treated easily if diagnosed early. Her immense experience and remarkable contributions in this field make her not only an apt advisor, but a wonderful addition to our advisory board. 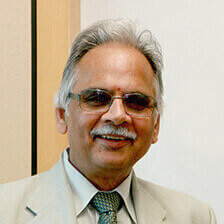 Dr. Mathukumalli Vidyasagar is a leading control theorist and a Fellow of Royal Society.

He is currently the Cecil & Ida Green (II) Professor of Systems Biology Science at the University of Texas at Dallas. Prior to that he was an executive vice-president at Tata Consultancy Services (TCS) where he headed the Advanced Technology Center. Earlier, he was the director of Center for Artificial intelligence and Robotics (CAIR), a DRDO defence lab in Bangalore. 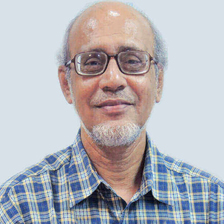 Dr. Partha Pratim Majumder, the elected Director of NIBMG since 2010, and a current director of Indian Statistical Institute is known for his contributions in the field of genetics and statistics.

Better known as the "Gene guru" across media, one of his major interests is human evolution and he has worked extensively to uncover genetic architecture behind disease susceptibility/ drug response. Researching statistical applications and developing algorithms is another part of his passionate and brilliant genius.

Dr. Majumdar's BSc. Stat. (Hons.) degree in ISI paved the way to Master's and PhD. This platform encouraged him to think quantitatively and provided exposure to the world of statistical methodologies. For him, the transition from a background in statistics to research in genetics came quite naturally. He also completed courses in Biochemistry, Cell Biology and Molecular Biology, and was a post-doc at the Center for Demographic and Population Genetics, University of Texas, USA before he began his research in population genetics. While many can't multi-task he was simultaneously a graduate student and a post-doctoral researcher!

He has also served as a Visiting professor and then as a Genetics Consultant at the Department of Biostatistics and Human Genetics, University of Pittsburgh. He has been honored with several fellowships and medals, including the New Millennium Science gold medal, for his contributions in research. He is a staunch believer in Population genetics paving the way for a healthier life. 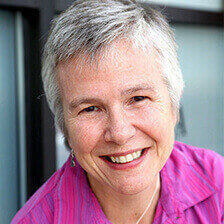 Sharon F. Terry is President and CEO of Genetic Alliance, a network of more than 10,000 organizations, of which 1,200 are disease advocacy organizations.

Genetic Alliance enables individuals, families and communities to reclaim their health and become full participants in translational research and services.

She is the founding CEO of PXE International, a research advocacy organization for the genetic condition pseudoxanthoma elasticum (PXE). As co-discoverer of the gene associated with PXE, she holds the patent for ABCC6 to act as its steward and has assigned her rights to the foundation. She developed a diagnostic test and conducts clinical trials.

Terry is also a co-founder of the Genetic Alliance Registry and Biobank. She is the author of more than 90 peer-reviewed articles. In her focus at the forefront of consumer participation in genetics research, services and policy, she serves in a leadership role on many of the major international and national organizations, including the Institute of Medicine Science and Policy Board, the IOM Roundtable on Translating Genomic-Based Research for Health, the National Coalition for Health Professional Education in Genetics Board, the International Rare Disease Research Consortium Interim Executive Committee and as a member of the Board of Instigators for InvokeHealth! She is on the editorial boards of several journals. She was instrumental in the passage of the Genetic Information Nondiscrimination Act. In 2005, she received an honorary doctorate from Iona College for her work in community engagement; the first Patient Service Award from the UNC Institute for Pharmacogenomics and Individualized Therapy in 2007; the Research!America Distinguished Organization Advocacy Award in 2009; and the Clinical Research Forum and Foundation’s Annual Award for Leadership in Public Advocacy in 2011. In 2012, she became an honorary professor of Hebei United University in China, and also received the Facing Our Risk of Cancer Empowered (FORCE) Spirit of Empowerment Award. She is an Ashoka Fellow.