46% of Karnataka was Covid infected by August: Sero survey report 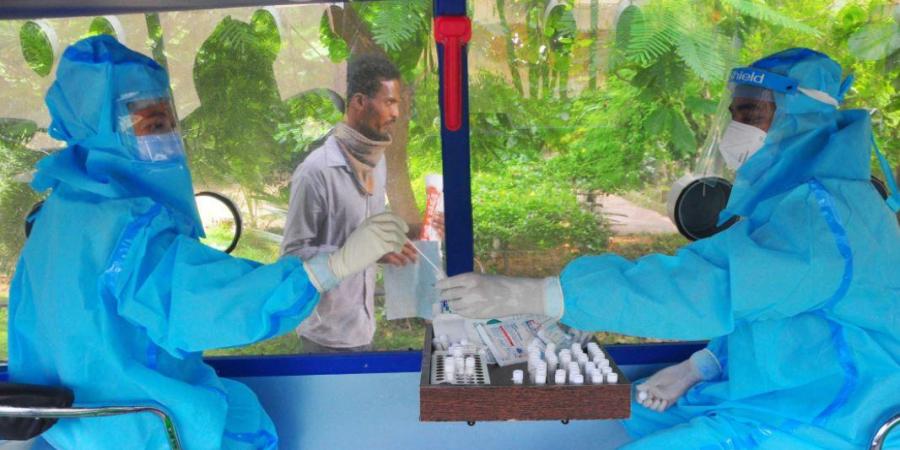 Rural areas affected nearly as much as urban ones due to return of migrants, private survey found

BENGALURU: Nearly half of Karnataka’s population was infected by Covid-19 by August – not just in urban areas, but in the villages too – according to a private serosurvey conducted between mid-June and August.Adjusted seroprevalence implies that approximately 31.5 million of Karnataka’s residents – or 46.7% – were infected by the virus in the past. This is 96.4 times the number of cases – 3.27 lakh – reported by Department of Health by August 29. A serosurvey is used to estimate the prevalence of antibodies against a specific infectious pathogen as an indicator of immunity.

The IDFC Institute released the findings of the seroprevalence survey by experts at Duke University, University of Chicago, Mapmygenome and Center for Monitoring Indian Economy. It was funded by ACT Grants.

Other findings
Adjusted seroprevalence in rural Karnataka was 44.1% and 53.8% in urban areas, while it was 46.7% for the state as a whole, suggesting that rural areas were almost equally affected, contrary to the perception that only urban areas would be more vulnerable to Covid-19 due to higher population density. However, rural areas received millions of migrant workers fleeing cities and agriculture was an essential-activity exempt from lockdown.

Between 1.5% and 1.7% in rural areas and 4% and 10.5% in urban areas tested positive on a RT-PCR test, indicating rapid spread of the disease. “Our data show evidence of high levels of active infections and transmission, especially in urban areas of Mysuru and coastal districts during our study period where 9.7-0.5% of individuals tested positive for current infection,” said Anup Malani, professor at Pritzker School of Medicine, University of Chicago, and one of the researchers of the study.

Sampling and methodology
The study used ELISA tests to detect the presence of antibodies specific to Covid-19 and ran pooled RT-PCR tests to determine current infections. The study sample comprised 2,912 households across 20 districts drawn from an existing, representative sample of a panel survey, the Center for Monitoring Indian Economy’s Consumer Pyramids Household Survey.

Areas were divided into 5 homogenous regions (HR) – Bengaluru HR, Belagavi HR, Kalaburagi HR, Mysuru HR and Coastal HR – that is an area comprised of neighbouring districts in a state which have similar agro-climatic conditions, urbanization rates, and female literacy. Anu Acharya, CEO of Mapmygenome said the sample size represented every kind of person in the state, and people of all economic strata from urban and rural areas.

Recommendations
Dr. Manoj Mohanan, associate professor at Sanford School of Public Policy at Duke University, and one of the researchers, said these findings do not suggest under-reporting of cases. “The findings imply that there is not enough random testing, to find the true number of cases. For example, of 5 neighbours who are positive, only one is symptomatic and will be detected, while the others go unreported. Around 90-95% of India’s population is asymptomatic. The state can make a policy decision to have random testing at targeted places,” Mohanan said, adding that there is a need to focus on people who can spread the disease and not just patients.

The report said there was a “strong case for adopting frequent testing in exchange for permitting productive economic activity. A total relaxation could lead to a spike in infections among such at-risk populations leading to further spikes in severe cases or mortality, and that will create a large burden for the health system. Therefore… it is critical to continue efforts to promote mask wearing, hand washing, and communicating the significance of COVID complications to individuals who are at risk.”

Prevalence of COVID-19 In Rural Versus Urban Areas in a Low-Income Country: Findings from a State-Wide Study in Karnataka, India

Manoj Mohanan,  View ORCID ProfileAnup Malani, Kaushik Krishnan, Anu Acharyadoi: https://doi.org/10.1101/2020.11.02.20224782This article is a preprint and has not been peer-reviewed [what does this mean?]. It reports new medical research that has yet to be evaluated and so should not be used to guide clinical practice.

Although the vast majority of confirmed cases of COVID-19 are in low- and middle-income countries, there are relatively few published studies on the epidemiology of SARS-CoV-2 in these countries. The few there are focus on disease prevalence in urban areas. We conducted state-wide surveillance for COVID-19, in both rural and urban areas of Karnataka between June 15-August 29, 2020. We tested for both viral RNA and antibodies targeting the receptor binding domain (RBD). Adjusted seroprevalence across Karnataka was 46.7% (95% CI: 43.3-50.0), including 44.1% (95% CI: 40.0-48.2) in rural and 53.8% (95% CI: 48.4-59.2) in urban areas. The proportion of those testing positive on RT-PCR, ranged from 1.5 to 7.7% in rural areas and 4.0 to 10.5% in urban areas, suggesting a rapidly growing epidemic. The relatively high prevalence in rural areas is consistent with the higher level of mobility measured in rural areas, perhaps because of agricultural activity. Overall seroprevalence in the state implies that by August at least 31.5 million residents had been infected by August, nearly an order of magnitude larger than confirmed cases.