Basics of Down Syndrome? 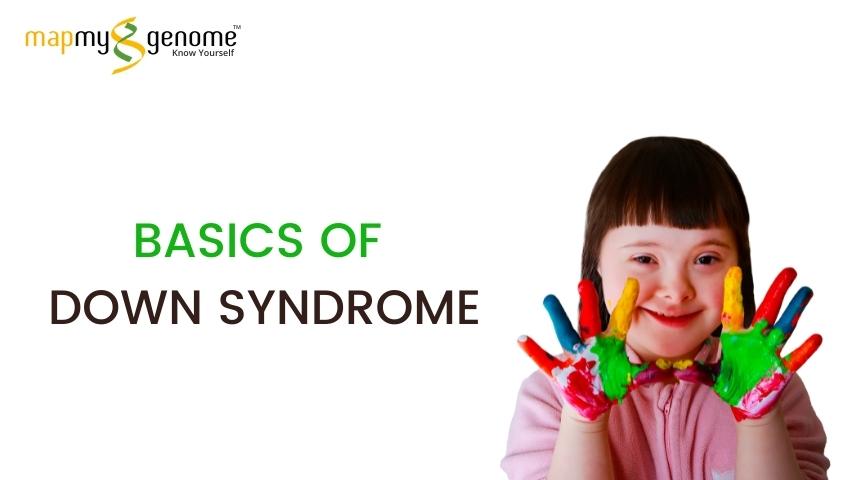 We must celebrate the differences and diversity especially when we talk about children with Down Syndrome. I find this important because of a personal story I would like to share. I had a family friend who, about 10 years ago, was blessed with a baby boy. The baby was different from the other babies. The doctor told the mother “I am sorry but your baby has Down syndrome”. She, however, thought otherwise! She questioned why the doctor said “I’m sorry”, and believes she wouldn’t want her son any other way. This has always stayed with me.

We must raise awareness about the basics of this condition so everyone including healthcare professionals accepts that children with Down syndrome are humans and they can feel and give love too.

Let’s look at what makes them special!

We all have 23 pairs of chromosomes. This is what our DNA is made up of. Children with Downs Syndrome (DS)  have an extra copy of the 21st chromosome (figure 1). The medical term for this is called Trisomy and because there are three chromosomes and it occurs at the 21st chromosome, this is also otherwise known as ‘Trisomy 21’. The presence of this extra chromosome changes the way these babies look and develop. 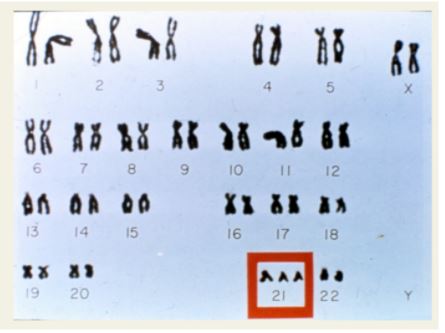 You might be thinking that how does this happen?

When the baby is forming in the early stages, the chromosomes split unevenly, resulting in an extra chromosome in all the body cells. DNA is present as thread-like structures called chromosomes. These chromosomes have arms. They are divided into the ‘p’ arm which is also known as the short arm while the ‘q’ arm is called the long arm (refer to figure 1). The two chromosome arms vary in length and meet at the centre termed as the centromere.

An inherited cause of DS is known as the Robertsonian translocation. In this, the long arm of one of the 23 pairs of chromosomes gets fused with the long arm of another chromosome which in DS is the 21st chromosome. The short arms are usually lost in this case. Did you know? Increased maternal age increases the risk for DS. 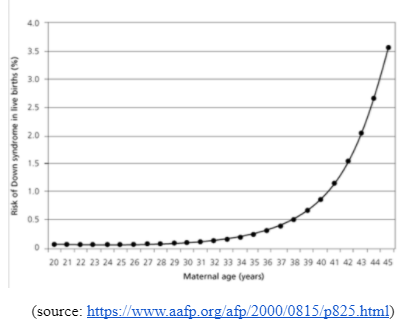 Let us look at the clinical and physical features that are typically seen in children with DS!

There is a wide range of symptoms associated with DS such as intellectual and developmental disabilities or various neurological features, congenital heart defects are also commonly seen in children with DS, gastrointestinal (GI) abnormalities and characteristic facial features.

Congenital Cardiac Defects (CHD) - This is a very common association seen in children with Down Syndrome. Up to 50% of babies born with DS are known to have CHD. 40% of cardia defects seen in children associated with DS is an atrioventricular septal defect (AVSD), while 32% of babies with DS have another cardiac defect known as a ventricular septal defect (VSD). Secundum atrial defect (10%), tetralogy of Fallot (6%), and isolated PDA (4%) are also a few other associated cardiac defects seen in babies with DS. About 30% of the babies have more than one cardiac defect.

Gastrointestinal (GI) Tract Abnormalities -  Structural and functional defects are seen in babies with DS and can occur anywhere from the mouth to the anus. A study by Holmes G. states that 2% of babies with DS have Hirschsprung disease (this condition affects the large intestine making it difficult to pass stool) while 12% of babies with Hirschsprung disease have DS. Other GI disorders like gastroesophageal reflux (GERD), chronic constipation, intermittent diarrhoea, and celiac disease are also associated with DS.

Neurologic Disorders - 5% to 13% of children with DS have seizures and out of which 40% experience seizures before they turn 1-year old. Another common association seen is Hypotonia - almost all babies with DS have hypotonia. Hypotonia is when the muscles are stiff and this can be felt as resistance to movement.

Endocrinological Disorders - Thyroid gland dysfunction is the most common association seen in girls and boys with DS.

The evident physical features are - 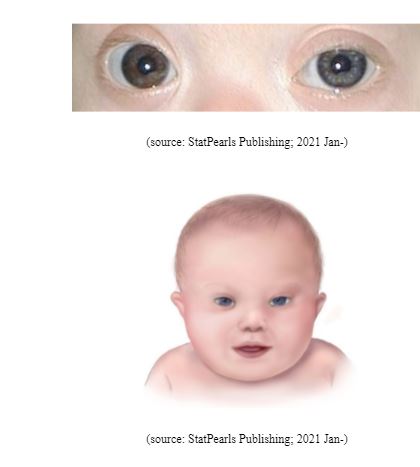 How early can DS be diagnosed and how is it done? Prenatal diagnosis helps identify early signs of DS. NT scan is an ultrasound done usually between 11-13 weeks of pregnancy. Soft markers like increased nuchal fold thickness, small or no nasal bone and large ventricles are usually noted in these scans. A double marker test or a triple marker test is also done between 15 to 18 weeks of gestation. Alpha-fetoprotein (AFP), unconjugated estriol and human chorionic gonadotropin (hCG) are the serum markers most widely used to screen for DS. NIPT is a relatively new method of screening for DS in which it picks up the baby’s cells that float around in the mother’s blood. This test gives an accuracy of 99% but is still considered a screening test. Further diagnosis can be done via invasive prenatal tests - such as amniocentesis and chorionic villus sampling (CVS).  These tests come with a risk of miscarriage (between 0.5% to 1%) because of their invasive nature.

How does genetic counselling help manage babies with DS?

Genetic counsellors play an important role in confirming the clinical diagnosis. Babies born with clinical and physical features are further tested via Karyotyping which gives an entire picture of the number of chromosomes. Genetic counselling helps parents understand the ​​different aspects regarding the management of DS. It provides parents with anticipatory guidance as parents need to be educated about the various possible conditions associated with DS. GCs also help parents understand the recurrence risk for DS in their subsequent children. If a couple has had a baby with DS then the risk of recurrence in a subsequent pregnancy increases to approximately 1% above the baseline risk determined by maternal age. If a baby is diagnosed with chromosome 21 translocation as discussed earlier then a couple karyotype is requested by a GC. If both parents have normal karyotypes, the recurrence risk is 2 to 3 %. Genetic counsellors also take down detailed family history to understand if there is anybody else in the family diagnosed with DS.

If you know someone with DS or are concerned about your future babies, reach out to us at  Mapmygenome