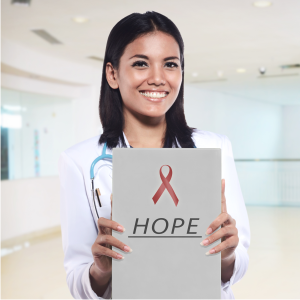 HIV is one word that comes with a death sentence. Often, it’s an unfairly  judgmental disease associated with stigma that doesn’t seem to leave the patients or their family. Thirty years since the first known outbreak of AIDS and there is only talk of a possible cure. A ray of hope comes from antiretroviral therapy drugs that attempt to control the growth of virus. One such drug that is prescribed in combination with others is Abacavir. However, some people have adverse side effects, which can cause more harm than good. A simple genetic test can help physicians identify patients who are sensitive to this drug, allowing them to choose other options.

The HIV virus infects each cell be altering the structure of DNA through an enzyme called reverse transcriptase. This enzyme binds with guanosine, which has a key role in the generation of new DNA. 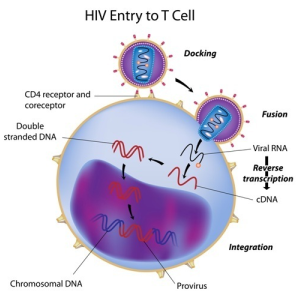 Abacavir belongs to a class of drugs called nucleoside reverse transcriptase inhibitors. These drugs block the viral load in the body. The completely phosphorylated drug molecule competes with guanosine and binds preferentially with reverse transcriptase. The molecule then halts further building of the DNA chain – a completely phosphorylated sugar base does not have a free hydroxyl group that is required to bond with the next base in the sequence. 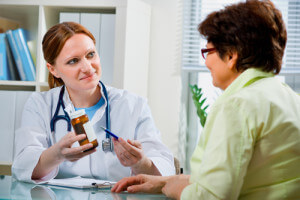 While these treatments do not offer a complete cure for HIV, they control the number of infected cells, reduce chances of related complications, and improve quality of life.

A significant percentage of abacavir users are sensitive and have adverse reactions, known as hyper-sensitive reaction (HSR). The US FDA had issued a safety announcement regarding possible risk of heart attack among some users. Genetic research has revealed that variation in gene sequence of HLA-B triggers severe HSR in the mutants (HLA-B*5701) of the gene. Southwest Asians, particularly Indians have the highest prevalence rate of HLA-B*5701 of up to 20% of population. Many physicians pre-screen for the HLA-B*5701 variant before prescribing a combination therapy with abacavir.

Genomepatri, Mapmygenome’s prevention-focused personal genomics test, reports the efficacy of and sensitivity to many drugs, including abacavir.