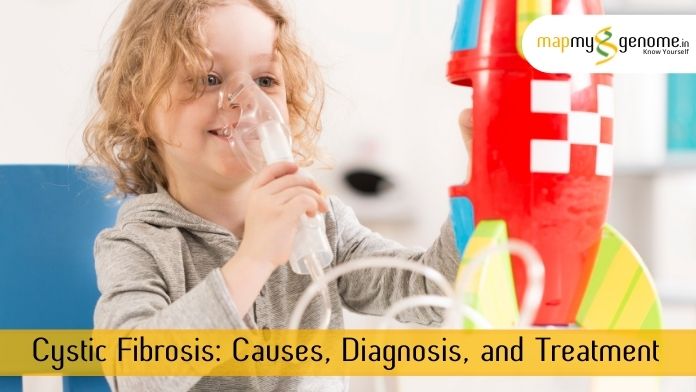 We may be in the middle of a pandemic, but May is Cystic Fibrosis awareness month and it is important to wave the banner of cystic fibrosis (CF) is reminding people about the genetic disease that causes lung infections and to highlight why awareness is important for those living with cystic fibrosis.

What is Cystic Fibrosis?

Cystic Fibrosis (CF) is an inherited illness caused by a change in a gene (called the CFTR gene, or the Cystic Fibrosis Transmembrane Conductance Regulator gene). The role of this gene is to ensure that mucus is thin and free-flowing. It may seem strange to think that a gene responsible for the production of something as disgusting as “thin and free-flowing” mucus could cause health problems when not working properly. Let me explain why this happens. You may not know this, but mucus actually acts as a filter and serves to protect the cells linings of the respiratory, digestive, and urogenital systems (in addition to some structures in the visual and auditory systems) from disease-causing fungi, bacteria and viruses. As a result, a change in the CFTR gene causes the mucus to become sticky and thick and can come in the way of effective functioning of some of our systems or can even increase the risk of recurrent infections. The respiratory and the digestive systems are the two main systems impacted in Cystic Fibrosis (CF).

At this point, you understand how a change in the CFTR gene results in malfunctioning mucus. As a result, the airways of people with Cystic Fibrosis get filled with thick and sticky mucus, which makes it difficult to breathe. Yes, it can get that bad. Without COVID. You’re thankful for your marvellous mucus now, aren’t you? Read on. The thick mucus in Cystic Fibrosis is also, unfortunately, an ideal breeding ground for bacteria and fungi, and this is why people with Cystic Fibrosis have frequent lung infections. A collapsed lung (called ‘pneumothorax’) is a well-recognized complication for individuals with Cystic Fibrosis. Pneumothorax reflects a weakening of the surface of the lungs because of underlying inflammation from infections, coupled with the increased mechanical stress on the lungs because of the obstructive lung disease caused by the thick mucus. Yes, that’s a lot. If you caught yourself taking a deep breath, you need to know this is not something a lot of people with Cystic Fibrosis are able to do. And because Cystic Fibrosis is a condition that is typically diagnosed by around age 2, difficulty breathing, dealing with chronic and recurrent respiratory tract infections, regular visits (and some emergencies) to hospitals, and the real threat of pneumothorax are some of the things that children and families impacted by Cystic Fibrosis deal with on a daily basis. This, in addition to issues related to the digestive system.

How does Cystic Fibrosis impact the digestive system?

About 90% of people with Cystic Fibrosis have blocks in the ducts of the pancreas because of the sticky mucus that lines these ducts. Here, instead of acting as a lubricant for the smooth passage of digestive juices and enzymes, the mucus actually prevents enzymes from reaching the small intestine (where food is digested). As a result, this directly impedes effective digestion of food and can cause malnourishment, low weight and, for some children, failure to thrive. Further, undigested food in the intestines can cause pain, cramping, gas and either loose, greasy, floating stools or constipation and blockages. Never gave a second thought to digestion or pooping? These are serious issues related to ‘pancreatic insufficiency’ seen in about 90% of individuals with Cystic Fibrosis.

What other health issues do people with Cystic Fibrosis experience?

Infertility can be a significant issue, especially for males with Cystic Fibrosis. Nearly 95% of men with Cystic Fibrosis have Congenital bilateral absence of the vas deferens (CBAVD), a condition in which sperm is produced in the testes, but cannot be transported into the ejaculate because of the absence of the sperm canal (aka vas deferens). Consequently, sperms, despite being produced, never make it into the semen. This makes it impossible for sperm to reach and fertilize an egg through intercourse; the medical term for this is called ‘obstructive azoospermia’. CBAVD is found in 1% to 2% of males with infertility and is present in 6% of obstructive azoospermia cases. Usually, fertility treatments such as TESE (Testicular Sperm Extraction) and ICSI (IntraCytoplasmic Sperm Injection) are employed to address such male infertility, but the risk of being a Cystic Fibrosis carrier and the chance of passing it on to the next generation is seldom considered. The evaluation of male infertility – especially those with obstructive azoospermia – needs to include a genetic evaluation to r/o Cystic Fibrosis and to discuss its implications for future offspring.

In what other situations should Cystic Fibrosis be considered?

How is Cystic Fibrosis inherited?

Since it is genetically linked, it tends to run in families. If you have a family history of Cystic Fibrosis or are concerned about any of the symptoms listed above, it is recommended that you speak with a genetic counsellor to understand your risk. Cystic Fibrosis is inherited in an autosomal recessive manner, which is a complicated way to say that it takes 2 healthy and asymptomatic carriers of Cystic Fibrosis to have a 1/4th or a 25% chance of having a baby with Cystic Fibrosis. Because carriers are typically healthy and show no symptoms, pre-conception genetic counselling and/or testing can help identify your risk of being a carrier and the chance of passing it on to future generations. Unfortunately, genetic carrier screening is not discussed enough with couples planning a pregnancy. Therefore, newborn screening is strongly recommended in order to diagnose the condition in the first few months of life so that the treatment can begin early.

How is Cystic Fibrosis managed?

Unfortunately, as is true for most genetic conditions, there is no cure for Cystic Fibrosis. However, early diagnosis and appropriate intervention can help the effective management of symptoms, reduce Cystic Fibrosis-related complications and greatly improve quality of life. Medications are available to help thin and clear out thick mucus from airways, enzyme treatments may improve the absorption of fat and nutrients, and antibiotics can help in the effective treatment of infections. There are also new treatments that target fixing the CFTR protein (i.e. Cystic Fibrosis Transmembrane Conductance Regulator (CFTR) modulators help relieve symptoms.). It’s not an easy journey, but it is a journey that has gotten significantly better with progress in science and medicine.

In a world where our understanding of “normal” is largely based on majority, those with illnesses (physical, mental, or genetic) can run the risk of being marginalized. While people with Cystic Fibrosis certainly have medical challenges, they also have happy lives, go to school, get jobs, get married, have children, and are productive members of society.

Watch a really great interview with someone who got diagnosed as an adult here:

If you have read this far, be sure to share this information with others. You may end up, unknowingly,  helping someone who may not have even known they needed help. Also, if you are concerned about your medical history or family history, or would like to discuss genetic testing, we are here for you. Send us an email at info@mapmygenome.in, and we will help set up an appointment with a genetic counsellor. Finally, we are in this pandemic together; let’s not forget about those who have to deal with lung compromise much before – and well after – this pandemic is over. Stay home, stay safe, wear a mask.