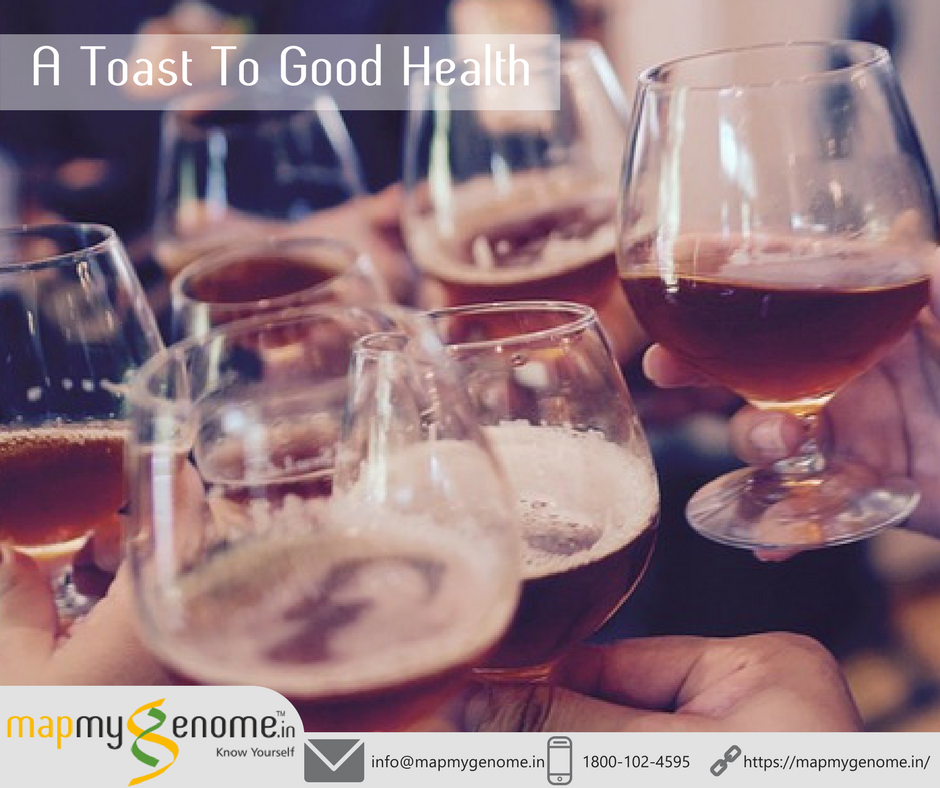 Liquor has been a part of our culture and traditions since times immemorial. It has been mentioned in mythological and historical accounts; be it its emergence from the oceans during ‘Samudra Manthan’ (Churning of the Ocean of Milk) or Jesus Christ turning water into wine at the Marriage at Cana.

December is the month of Christmas and of bidding adieu to the old year and welcoming the new one. It is another reason for us to let our hair down and regale in the month of festivities. There are parties to host and many more to attend. Many an hour are spent on menus, decorations and themes. Of course, no party is complete without its obligatory menu of cocktails. Every party has a vast spread of foods and an equally interesting choice of beverages. While little attention goes to what we eat and drink in the midst of all the socialising, all that dawns upon us later when we go home. Feeling ‘too full’, bloated, dizzy, complaining of headaches and in some extreme cases, the merriment of the evening can result in throwing up and passing out.

If it is not the festivities and family get-togethers, the idea of relaxation after a long, busy day or week usually involves meeting a couple of friends in the evenings or weekends for cocktails and dinner. In today’s times, we often raise a toast to our friends’ and family’s health, wealth and happiness, make toasts during one of those emotional spells or drink down our sorrows, tensions and worries, under the pretense of dealing with the instrumental, undesirable situations later. No matter what the situation is, alcohol in some form or the other always finds its way inside our system.

Alcoholism or alcohol addiction has become one of the leading causes of global concern. Mishaps caused due to drinking and driving are on the rise. It is interesting to note that our sensitivity, tolerance and reactions towards alcohol have a lot to do with the genes we inherit from our parents.

What happens when we consume alcohol?

Sometime after alcohol is consumed, there are a series of sensations that can be felt — light-headedness, swaying of the body and even heightening of emotions and responses. All of our physical reactions and responses are a result of the internal physiological changes that ensue after the gulp. Almost within a few minutes of consumption, alcohol is rapidly absorbed into the blood and is carried to the organs of the body within 30–90 minutes.

Majority of the amount of alcohol is broken down into water and carbon dioxide in the liver. The remaining is expelled from the lungs, through sweat and urine. Different parts of our brain too are impacted, translating into blurred vision, extreme emotional reactions, slurred speech, and weakening of the memory. Liver can break down a standard measure of liquor in an hour and hence, all of these sensations are due to the presence of more alcohol in the liver than it can break down.

Also known as Alcohol Flush Reaction or Asian Flush Syndrome, Asian Glow is when the face turns a shade of red after a few sips or gulps of liquor. This condition is a common sight among the Asian population, especially the East Asians.

Once in the liver, alcohol is first broken down to a compound known as acetaldehyde in the presence of an enzyme ADH (alcohol dehydrogenase). This is then further metabolised into harmless compounds in the presence of another enzyme, ALDH2 (aldehyde dehydrogenase). In the East Asian people, there is a mutated version of the ALDH2 gene, ALDH2*2, that codes for the inactive form of the protein ALDH2. Thus, as a result, acetaldehyde cannot be metabolised into simpler, harmless substances, causing accumulation of acetaldehyde in the blood. Another gene, ADH, when mutated to ADH1B*47His causes rapid metabolism of alcohol into acetaldehyde, again leading to its accumulation in the blood. Both these mutations are surprisingly observed exclusively in Asian populations.

This sudden build-up of acetaldehyde is what causes the flushing of the face red, often accompanied by headaches, nausea and rapid heartbeats. Intriguingly, if alcohol is consumed on a regular basis, this ‘Asian flush’ may vanish in many people later in their lives. However, acetaldehyde is a well-known carcinogen and can put people at oesophageal cancer risk, even after the disappearance of the flush.

Not all people react in a similar fashion to the same quantity of liquor they consume. This is dependent on the sex, ethnicity or race and also the existence of family history of alcoholism of the person. Men are able to digest higher levels of alcohol in comparison to women, probably due to the differences in the metabolism and absorption. In addition, due to the evolutionary patterns, people inhabiting the colder regions tend to have a higher alcohol tolerance level. Apart from these factors, the frequency of drinks, concentration of alcohol, body type and the presence or absence of food in the stomach determine the consequences after liquor consumption. Whether or not to take that glass of cocktail should be a conscious personal choice, one made willingly. With festivities and celebrations in full swing and cocktails to commemorate the holidays, a little extra attention to how many cocktails you gulp down in one evening is prudent. So, enjoy the parties, spend time with your friends and family and make new memories that you can reminisce and recall fondly later in life. Don’t blur and fog it with the liquor glasses! This festive season, say yes to just one goblet of wine and many goblets of memories!!