ALS: Beyond Stephen Hawking and the Ice Bucket Challenge 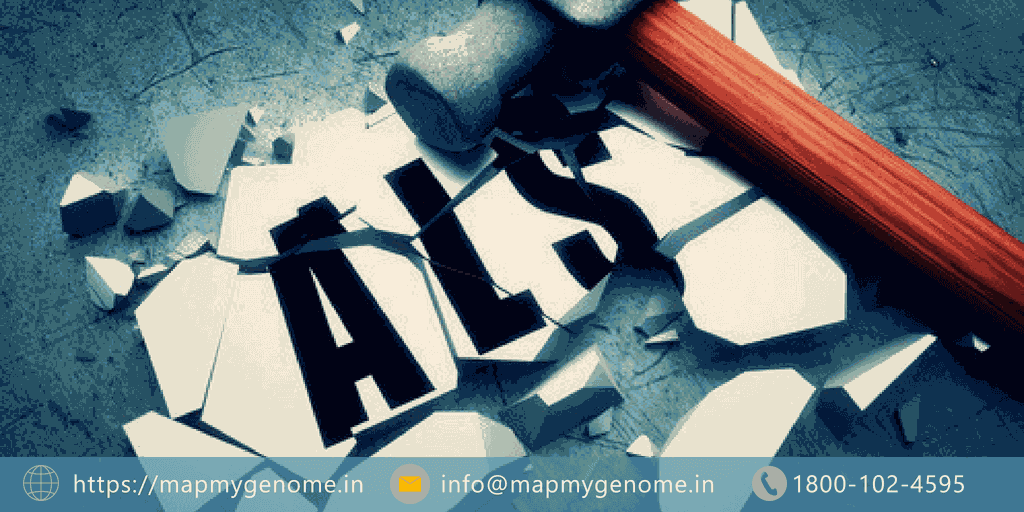 I am not a big fan of theoretical physics, but Stephen Hawking is an inspiration to me as he personified hope and courage. In the last few years, there has been more awareness around Amyotrophic Lateral Sclerosis (ALS), thanks to the Ice Bucket Challenge of 2014. Amyotrophic Lateral Sclerosis is a progressive disease that affects the nerve cells in our brain and spinal cord that control muscle movements. It is also known as Lou Gehrig disease. The nerve cells that die or atrophy can no longer send messages to muscles resulting in an inability to use these muscles. It is a progressive condition, i.e., symptoms slowly worsen over time.

What are the symptoms of ALS?

The initial symptoms of ALS can be very subtle such as muscle twitching, stiffness, or weakness. The disease usually progresses over 2-10 years, and the severity of symptoms varies widely among affected individuals.  Weakness may first begin to affect one part of the body such as arms or legs and, later, progress to other parts of the body. Some common symptoms include:

ALS does not affect sight, smell, taste, touch, or hearing. Most people retain their ability to think and make decisions. People often look thinner due to muscle wastage and difficulty in eating.

People may develop respiratory failure as the disease progresses.

ALS and its association with other conditions

About 5% people diagnosed with ALS regardless of family history are also diagnosed with Frontotemporal dementia or FTD, a different neurological condition. Frontotemporal dementia (FTD) is the second most common cause of dementia after Alzheimer’s disease. Individuals diagnosed with FTD also have progressive changes in personality, language, and social behavior, making it difficult to interact in a socially appropriate manner, creating further challenges for the affected individuals and their caretakers. Most often ALS is sporadic, i.e., individuals diagnosed with ALS have no apparent family history of the disease. In such sporadic cases, people develop symptoms of the disease by the time they are in their late 50s or early 60s. Many possible environmental exposures — including mercury, manganese, and exposures to herbicides and insecticides in farming — have been studied for their role in contributing to the risk of ALS.

However, in about 5–10% of cases, individuals diagnosed with ALS may have a family history of ALS or other neurological disorders. In rare cases, individuals may present with symptoms in childhood or teenage years known as juvenile ALS.

About 60% of individuals with familial ALS are identified to have an underlying genetic cause. Alterations in one particular gene, C9orf72 can be the underlying cause for about 30% of familial cases of ALS. Other genes that can contribute to an increased risk of ALS include, SOD1 (20% cases), TARDBP (1–4% cases) and FUS (4% cases).

ALS, if caused due to an inherited disease-causing gene change, can be passed down to the next generation in any of the following ways depending on the gene involved:

Treatment for ALS is palliative, focusing only on management of the symptoms due to ALS. Individuals diagnosed with ALS will benefit from a multidisciplinary team of expert physicians. Therapies and assistance for each symptom such as difficulty in swallowing, breathing, and walking can be managed to aid in daily actives.  Currently, the only FDA-approved drug for treatment of ALS is Riluzole.

I have a family history of ALS. But I don’t want to learn about my risk because there is no cure for it yet.

Many people with a family history of dementia, ALS, or any other neurodegenerative condition such as Alzheimer’s or Parkinson’s question the utility of learning about genetic causes or the risk of developing the disease. Learning of the presence of a genetic factor that increases the risk of developing such disorders can be stressful and result in psychological burden for many. For some of us, it may also increase the risk for mental illnesses such as anxiety or depression. Studies have documented an increase in suicidal tendencies among people who learn of their risk of developing Huntington’s disease (a neurodegenerative disease). Due to the possibility of psychological burden, when healthy (asymptomatic) individuals with a family history of ALS wish to learn about underlying genetic causes, it is recommended to undergo extensive genetic counseling; in addition, meet with a neurologist as well as a psychologist for assessments prior to opting for genetic testing. This allows them to weigh the risks, benefits, and utility of information to make an informed decision about genetic testing.

So, if learning about our risk can cause significant stress, what is the utility of this information? Many individuals diagnosed with ALS have no indication of the risk until the onset of symptoms. Due to this, individuals diagnosed with the disease may not have planned financially or logistically for their future care. In addition, it gives the individual and their family less time to cope with the diagnosis. Knowledge can be powerful when it can be used in a constructive manner to make an actionable plan for their future care. In cases of familial ALS, individuals who decide to learn of underlying causes of ALS are able to plan for the possible need for future care; make financial decisions such as preparing a will and providing information to their family about the possible diagnosis of the disease and its progression. Further, some individuals may also use their genetic information to choose to participate in ongoing clinical research for treatment or management of ALS.

Why should I meet with a genetic counselor?

ALS is a complex condition. Due to the presence of different conditions such as FTD along with ALS, an accurate diagnosis can be challenging. In some cases, family history may not be informative due to missing or lacking information. Additionally, the risk of developing ALS can be low for certain genetic mutations resulting in mild presentation of symptoms in some individuals of the family. Further, multiple modes of inheritance of genetic mutations can further complicate diagnosis of familial ALS. Trained genetic counselors are adept in providing accurate assessment and can help identify the genetic causes for ALS.

Genetic counselors can help in anticipating different outcomes of genetic testing, understand the results and its implications for the individual and their family and provide psychological support to cope with a diagnosis.

It can be isolating and difficult to cope with potentially overwhelming amount of information after someone is diagnosed with ALS. Connecting with families who have been through similar experiences can be helpful to some. The ALS Association is a good resource to learn about ALS, therapies, and management as well as ongoing research.

If you have concerns about ALS, speaking with a genetic counselor can help you to better understand possible underlying genetic causes and discuss emotional and medical implications for yourself and your family members. A genetic counselor is a specialized health care professional who has expertise in medical genetics and psychological counseling. If you would like to set up a genetic counseling appointment CALL US on 1800 102 4595 (toll-free) or 040-66986700 or WRITE TO US at info@mapmygenome.in

Our genetic counselors have created this awesome infographic about some basic facts: