An Introduction to Genetic Ancestry Testing 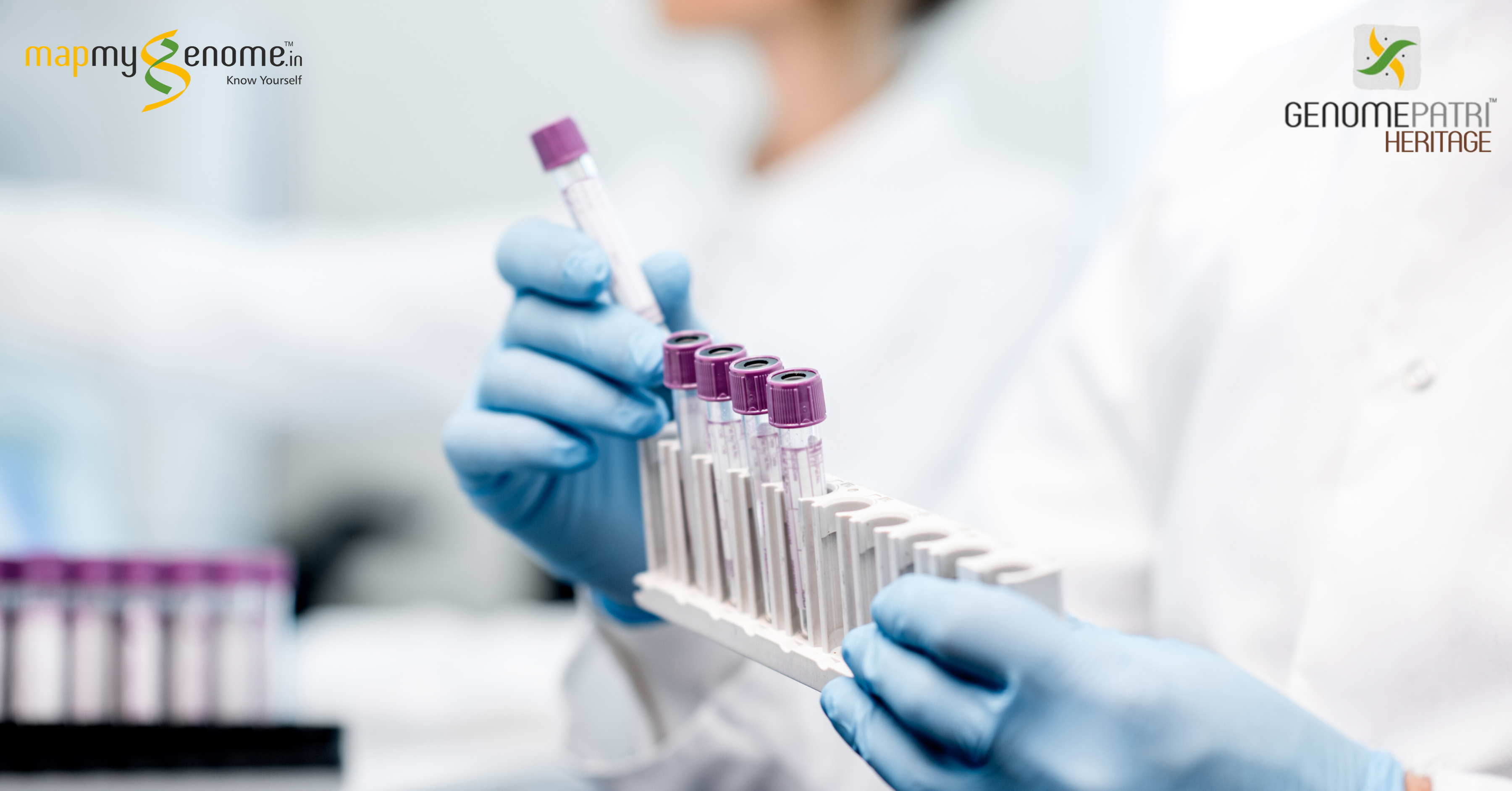 “Genetic testing in the future is going to be seen as critical as testing your cholesterol”. – Anne Wojcicki.

Of every piece of academic and scholastic writing in high school that I came across, literature with a tinge of science was my outright top choice. It integrated two of my preferred things: life and equality. As I started growing through the ranks, I’ve developed a thorough understanding and deep interest in biological sciences and the intrigues surrounding it – the basic evolution of life and the modern-day’s advancements in science. Yes, we as humans differ in our abilities (strengths, weaknesses, body buildup, muscle etc) among ourselves and are unique than the rest, but what exactly makes us so unique? Isn’t it true, that some part, if not to a major extent, has its roots with our genes and hereditary? Surely, there should be a certain quintessential truth behind the genes, life and the very molecular understanding of the science behind it. Isn’t it?

In the most recent times, there is undoubtedly a huge enthusiasm across the world of science, in using biological research and more in particular, genealogical research to become familiar with individual and personal familial roots. Not very long ago, genealogists had just the customary devices of their exchange accessible to them to direct this exploration. Of late, with the commercialization of hereditary lineage testing, genealogists and others have accessed another apparatus. Testing of one’s ancestral origins might be utilized to recognize organic family members, approve genealogical records, and to fill in holes in family ancestries. What’s more, this testing might be utilized to help in calculating forensic examinations, admixture mapping, and the evaluation of lineage for socio-political purposes. Commercial testing of hereditary lineage was first offered in 2000. Since that time, genetic ancestry testing has developed in prevalence, more in particular among African-American populations endeavouring to study their history and culture.

Since the Y chromosome is passed down without any change from father to child, Y chromosome testing of a male can decide the starting point of fatherly progenitors (forefathers). Mitochondrial DNA, on the other end, is passed down from mother to kid unaltered; in the same way, mtDNA testing of an individual might be utilized to help decide the starting point of maternal precursors. Significantly, mtDNA or the Y chromosome speaks to just a little bit of a person’s total DNA. Autosomal marker testing uses markers situated on autosomes (non-sex chromosomes). Autosomal marker testing is the most challenging sort of evaluation since it requires a generous measure of information to guarantee the precise elucidation of the outcomes.

In spite of the ongoing multiplication of monetarily accessible hereditary heritage tests, the writing has detailed a few logical impediments to current tests. Testing of genetic ancestry cannot simply decide the ethnicity or land area of a person’s precursors. Researchers reveal that we have restricted hereditary information accessible from the ethnic gatherings in Africa and that the movement of Africans makes it hard to coordinate African-Americans to correct ethnic gatherings. In the same way, they note that “some less normal genealogies can be followed to specific ethnic gatherings or districts,” however that “following the more typical haplotypes to a specific area is risky.” In an ongoing report contrasting African American mtDNA and a database of sub-Saharan mtDNA, it was discovered that about half of the African-Americans were a match to various African ethnic gatherings, 40% didn’t coordinate any succession in the database, and just 10% were an ideal counterpart for a solitary African ethnic gathering.

Problems in identifying and deciding a person’s exact ethnic match has produced blended outcomes for customers. The precision and perfectness of hereditary family line testing is reliant on the size and inspecting of the database used to coordinate test tests to populations or geological locales. Scientists and research scholars reported that “various databases that are gotten from distributed research are excessively little and need tests in certain topographical regions”. They also feel, the data given by these tests, in this manner, speaks only about various probabilities but has got no clarity.

Heredity based testing (testing of the mtDNA or Y chromosome), inspects just a little amount of a person’s total DNA, and in one way gives little data about a person’s complete parentage. A commonly found disadvantage these analyses have is that they lay emphasis on one maternal or fatherly ancestry and subsequently disregard the commitment of by far most of a person’s predecessors to their genome. This testing might be enlightening in specific cases, yet researchers stress on the fact that few clients may not have the understanding that “their maternal and fatherly heredities don’t really speak to their whole hereditary make-up.

Testing of genetic ancestries raises quite a few intriguing questions. They go as follows.

Even though ancestry tests are not health-related genetic tests, they are, in any case, exceptionally complex tests that provide qualified data about issues of huge social and individual significance. The consequences of such tests are profoundly qualified, and general society may not completely value these constraints without exhaustive pre-test instruction with respect to the organization offering the testing.

Moreover, a major worry with any direct-to-purchaser promoted hereditary test is that it may abuse especially helpless gatherings of individuals. Example, the older, the sick, or those with an individual or family ancestry of infection. On account of hereditary family line testing, some African-Americans have been searching out testing trying to get familiar with a history that was darkened by the slave exchange. African-Americans seeking after the recognizable proof of their tribal networks is in certainty referred to as “the most conspicuous model” of those looking for hereditary lineage testing. Naturally, the passionate interest in looking for and finding such data may bring about a less basic appraisal of the test or affirmation of its impediments.

At present, numerous organizations performing hereditary parentage testing keep up exclusive databases of successions that are utilized to make matches with a test taker’s DNA test. From a business viewpoint, keeping up restrictive databases is reasonable. In any case, as far as creating an increasingly dependable examination of parentage, pooling information may be a progressively gainful methodology. What’s more, the legitimacy idea of the databases makes an open appraisal of logical cases about a test troublesome.

Some national approaches have as their objective reasonable pay for people who were impeded because of their racial or ethnic association. Particularly since racial and ethnic connections are frequently socially decided just as self-announced, parentage testing may undermine the social objectives of these strategies.

There is some worry that hereditary family line testing may turn into a prerequisite for getting benefits dependent on racial or ethnic foundation. This is especially a worry as for Native American family. In 2000, a bill was presented in the Vermont Legislature suggesting that the Commissioner of Health “build up benchmarks and strategies for DNA-HLA testing to decide the character of a person as a local American, at the solicitation and the cost of the person. The aftereffects of such testing will be convincing verification of the Native American heritage of the individual. The bill didn’t pass, and activated analysis by some who kept up that it would possibly enable a hereditary personality to override a socially decided one. Defenders of the bill expressed that it was intended to enable hereditary testing to be utilized as an extra technique for deciding Native American legacy (not to supplant socially and socially decided legacy).

The connection between race, hereditary qualities, and topographical root is incredibly mind-boggling and the subject of critical scholastic discussion. A specialist in human sciences and social science keep up that race is a social and social idea. Race, they contend, has been characterized by discernible (i.e., phenotypic) characteristics, for example, skin shading or eye shape, which have been subjectively vested with a level of social significance or pertinence. Hence, race is seen by these gatherings as a liquid idea whose definition has been affected more by social and recorded powers than by evident hereditary contrasts. Somewhat, race connects with examples of hereditary variety, yet this relationship is seen essentially when race goes about as an intermediary for geological root. Topographical cause does dependably relate with explicit examples of hereditary decent variety, mirroring the development of explicit hereditary variations or examples of variety in early human populaces.

Other than the logical worries about “geneticizing” race, social concerns are raised also. Endeavours have been made in the past to incorrectly utilize the study of hereditary qualities to legitimize different biased strategies and positions. For instance, claims have been made that hereditarily based contrasts in IQ exist between various races. In this social setting, hereditary parentage testing may make a bogus impression in the open that race is basically hereditary in nature. Hereditary family testing for race and ethnicity infers that race and ethnicity might be revealed using a hereditary test, a reason that many contend is bogus. This could serve to strengthen basic misguided judgments that there is a natural reason for contrasts between racial gatherings. This confusion may be utilized to help approaches that guarantee that contrasts between racial gatherings are intrinsic and along these lines incapable to be tended to or cured through social strategy. This is especially pertinent concerning wellbeing variations arrangement, in light of the fact that such strategy endeavours to change contrasts in wellbeing results by race.

Lastly, the data produced by hereditary lineage testing isn’t seen as a document of health information and is not treasured or ensured under government security assurances according to the Health Information Portability and Accountability Act. The aftereffects of hereditary lineage tests don’t fall under the meaning of “ensure well-being data” under the Privacy Rule, and testing organizations don’t fall under the meaning of “secured elements” under the Privacy Rule. Ensuring the security of the consequences of these tests is at the watchfulness of the organization offering the test.

To begin with, regardless of whether tests are bar-coded to ensure a person’s characters, they might be connected to by and by recognizable data held by the organization so as to encourage future testing. Second, given the very low number of people mentioning that their DNA test be pulverized, questions normally emerge about the level of instruction that organizations give to clients during the assent procedure. One researcher observed that “How much obligation an organization has in teaching a potential customer before test accommodation and Mastercard number is a worth judgment matter.” Third lastly, as these databases grow in size, they will develop in potential esteem also. Then again, as the databases grow in size, their incentive to singular organizations might be more noteworthy on the off chance that they are kept exclusive.

How Does Mapmygenome Help You?

Our ancestry test Genomepatri Heritage can help you know your heritage like never before. Unravel the regions you descend from, and explore your genes to know where your genetic roots come from.