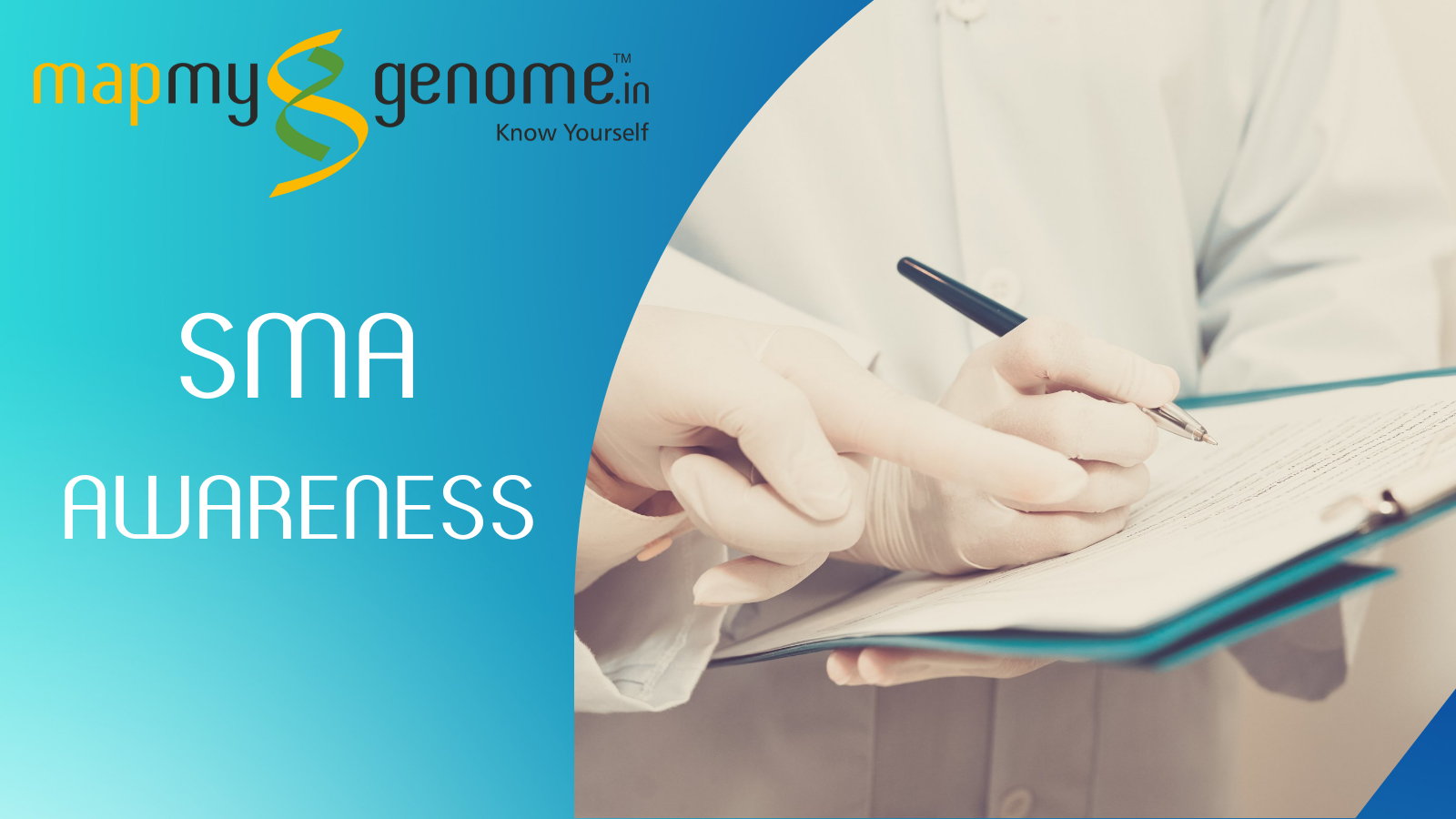 What is Spinal Muscular Atrophy?

Spinal Muscular Atrophy (SMA) is a progressive medical condition that is known to affect 1 in 10,000 children (Shuji Ogino et al). This condition causes muscle weakness and atrophy, i.e., decline in the mass and the size of the muscles. This happens because specialized nerve cells known as motor neurons are affected. Motor neurons transmit signals from the brain and spinal cord to the skeletal muscles; the muscles that we use for our movement are also called skeletal muscles. This condition is progressive which means that it gets severe with age.

What are the types of SMA?

There are 5 types of SMAs – let us understand the differences between them. Here is a quick overview of the subtypes based on the severity and the age of onset. This makes it easier to understand and make an appropriate clinical diagnosis

This condition is seen in babies even before they are born, i.e., antenatally. Babies in the womb do not have many movements. This also causes them to have joint deformities. This is a rare and the most severe type of condition. Infants are born with very weak muscles by birth. Most of them do not live past infancy due to respiratory failure caused due to weak respiratory muscles.

This condition is the most common type of SMA. It is seen in children after birth or up to the first few months of their life. Children are severely affected and do not develop neck holding.  They also cannot sit on their own as they grow older and always need to be assisted or held. They also experience breathing problems and find it difficult to swallow milk or food. Most children with SMA type 1 do not live for more than 2 years of age.

This type of SMA is seen in children between the ages of 6 months and 12 months. Children with this type of SMA can usually sit unassisted but with age as this condition progresses and the muscles get weaker and they might need help to sit or even stand. They also experience breathing problems due to weak respiratory muscles. Children with SMA type 2 have a varied life span but do live up to their twenties or thirties.

Children with type 3 are mostly affected after early childhood. They don’t require assistance while sitting or standing. But over the years as the muscle weakness progresses, they might get wheelchair-bound as it becomes difficult to walk. Individuals with SMA type 3 have a normal life expectancy.

This last type is a rare condition usually affecting individuals in their early adulthood. They experience mild muscle weakness and breathing difficulties. They also have a normal life expectancy.

SMN1 and SMN2 are genes that function as instruction manuals to make a specific protein known as Survival Motor Neuron (SMN). This SMN is very important for the maintenance of motor neurons. Most of the protein is made by the SMN1 gene and a very small amount is contributed by the SMN2 gene. Individuals with SMA have a genetic change (mutation) in this SMN1 gene which causes a piece to go missing and leads to abrupt instructions that help make SMN. Because of the limited amount of SMN being produced it affects these motor neurons in turn leading to muscle weakness and decline in the function of the muscles.

How is SMA inherited in families?

SMA is an autosomal recessive condition. This means that both copies of the SMN1 gene need to have changes to cause this condition in an individual. Most parents of individuals with SMA have a single changed copy of this gene which makes them the ‘carrier’. There is a 25% chance with every pregnancy that a child can have SMA if the parents are carriers (Figure 1).

How can SMA be diagnosed?

Clinical diagnosis is made by a physician by running a few tests like an Electromyogram (EMG) which is used to measure the electrical activity of the muscles. Physicians might even do a muscle biopsy. A further diagnosis is done through ‘Targeted Single Gene’ testing to look for changes in the SMN1 gene that are resulting in the clinical manifestations. Genetic counsellors also play an important role in this. Genetic counsellors are trained health care professionals who note down your detailed family and medical history, assess your recurrence risk, and help you understand the test and the implications of the results. They also provide psychosocial support during the whole journey. Set up a genetic counselling appointment to understand the risks of having a child with SMA.

Can SMA be treated?

Treatment of SMA requires a team of multi specialists. They include occupational therapists, physiotherapists, neurologists, dieticians, and genetic counsellors. Although there is no complete cure for SMA, there have been advancements in this area.

The US Food and Drug Administration (FDA) has approved a Gene replacement therapy (Zolgensma) for children below the age of 2 years. This therapy substitutes the gene changes in the SMN1 gene. FDA has also approved two drugs – Risdiplam (Evrysdi) and Nusinersen (Spinraza). These drugs and their implications have helped children to regain their muscle activities and are still being researched further.

It is important to spread awareness for SMA as mostly this condition goes undiagnosed as children with SMA pass away at a very young age. Raising awareness will bring into light the early diagnosis and subsequent management that can be done. Also, genetic counselling will ensure that the risk of SMA in a family is established and this will help them have healthy children.