Anu Acharya is an Indian entrepreneur. 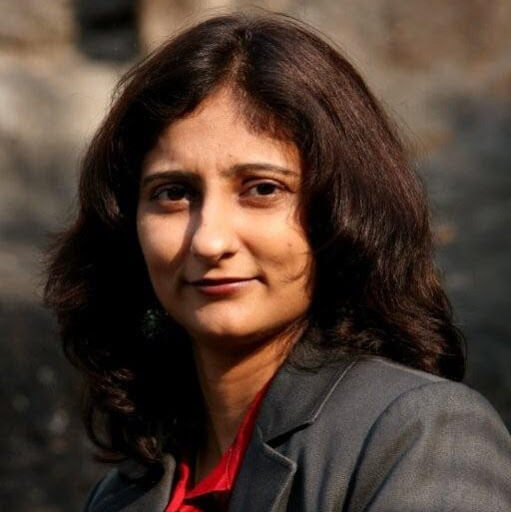 I’m Anu Acharya, founder of Map My Genome, and this is how I Lead from Within

Anu Acharya  is an Indian entrepreneur. She founded and was the CEO of Ocimum Bio Solutions for 13 years, after which she founded Map My Genome. She is currently the CEO of Map My Genome, a molecular diagnostics company to make people proactive about their health. For her work, she was awarded Young Global Leader by the World Economic Forum in 2011.

I don’t know if I qualify as a scientist now, but as a child I wanted to be a physicist. Mainly because my dad was also a physicist, so we had a lot of books to read at home, a lot of debates, and discussions at home. I think that’s a part of the necessary elements required for getting interested in a field like this. I grew up in a small campus town, had a great childhood, went to IIT, joined the physics program, and then decided that maybe physics wasn’t the thing for me. I looked at what I should be doing. At that point I knew I did not want to do physics, but was trying to figure out what I wanted to do. I finished University went to the US, did a few masters, and joined a startup. Around that time I decided I wanted to start my own company, and found some clarity in what I wanted to be. It was towards the end of 1999/2000 that I actually began my entrepreneurial journey.

I always wanted to do something in India. There is a lot more problems to solve in India. There was also a need to change what was perceived of India. For my first venture I wanted to be sure we had a world-class product, in a very advanced way that we could sell to the rest of the world. And I think we did accomplish that in my first company Ocimum. We worked in Bio Solutions.

The second reason was also I had just had a baby at that time. I thought if we were going to move back, it would have to happen then or we would get stuck in the cycle that a lot of people get stuck in.

Later two things basically drove me to start Map My Genome. First, we had been in Genomics for about 13 years, so from a technical point of view we were one of the very few companies in the space that had gained overall expertise.

Second, and the primary reason is, one in six people in this world is an Indian, and yet the data we had available was limited. We asked, can we build something? Can we change this? Why should all medical data and other things be normalized against a population that is not Indian. It was apart of a bigger vision and drive as to what we could achieve.

Integrity is the most important for me. Whatever I do, I have to be able to go to sleep with a clear mind. Being honest is a part of who I am.

The second thing I value is having a purpose. Meaning if you’re looking at a goal, if you have a purpose, passion follows. For me, what really matters is whether we can do something with resolve to get to a level that we are not at today.

I think the pushback for Map My Genome was primarily within me. I was the CEO of Ocimum. It was the decision of the board that MMG wouldn’t be apart of the main company. But the big this for me was the question and decision, do I continue to run this company or do I move on to something new that I believe in much more strongly? That was the biggest battle to fight more than anything else.

We’ve made several mistakes. The biggest was a hire in the US. We had one of the largest labs in the US that was doing fairly well. It was in the middle of the financial crisis. We hired someone to run the US operation and it didn’t end up anywhere close to what we expected. We eventually had to sell off a portion of the company, close it down, and move things back to India. We bounced back to a profitable state, but it was a much smaller venture than it was earlier. It was a lesson learned. Thankfully our other mistakes weren’t as expensive.

Even though you don’t want that to ever hit you, it’s always a good thing for you to experience failure. When you’re in the dark, you think about things more clearly. For me, I started thinking about everything more clearly. It made me ask myself what I really wanted to do, whether it was making money, whether it was creating impact, whether it was doing something else.

My response was course correction, which is natural. I also started to evaluate what I really intended overall. When you’re an entrepreneur, the buck stops with you. Regardless of whether you have a board of directors or investors, the final decision is yours, and the consequences of that decision are yours.

For me it was figuring out what I really wanted, what were the mistakes I’d made, and making sure I never made those mistakes again.

On Leading as a Woman

You always find biases in other people, and it’s whether you can smile at them, whether you find it funny or whether you let it bother you. For me, now, I find most things funny. If someone can’t look me in the eye, I find it hilarious. It’s their conditioning. I ask myself why are they behaving this way, what’s their problem? Now, I have some funny stories.

One funny story, we were at a conference in the US, and at that point I was becoming well known. I have a fairly gender-neutral name, especially for Americans who can’t tell the difference. So at this conference my company had an exhibit. I was at the booth passing out brochures, and I guess most people wouldn’t expect me as the CEO to be there. This older gentlemen comes up and starts telling me he knows the CEO very well, etc. So I said, that’s awesome! He kept going on on and on about how well he knows the CEO, trying to chat us up. I was playing along, because why not? At the end, I gave him my card, and said “it’s nice to meet you again!” Man, I wish I had a camera to capture his reaction. And this isn’t the first time this has happened either.

Most entrepreneurs can “cook” with limited things. Essentially, that’s what entrepreneurship is, having limited resources and coming up with something. And I think that comes naturally to me, coming up with creative solutions. I’m not extraordinarily organized or make detailed plans, but what I can do is get things done very instinctively and quickly.

The other thing, is finding the element of humor in life. I’m good at enjoying life.

For entrepreneurs, if you don’t get the first hand feeling of what your customers want, you wont have a good feel of how your customers behave. I think it’s a very necessary thing for every entrepreneur to get involved in small ways in every aspect of their operation.

The best advice I ever received was essentially a form of ‘follow your heart.’ It came at the time when the decision was between me and myself- if I should continue with my first company or start Map My Genome. I was telling a board member how I felt, ‘I don’t know what to do. I feel obligated to this, but I want to do that.’

And he said, you already know the answer. He basically told me whatever you feel strongly about, is what you should be doing. That was the best advice I’ve gotten, and the best advice I can share.