With MapMyGenome, Anu Acharya might be telling people what their genetic code and patterns might be. But Anu has another facet to her personality. She believes that writing her thoughts in verse and traversing the world could be the answer to deeper questions.

“I know this sounds funny, but I try to catch as much of my sleep as possible on long flights,” says Anu Acharya, Founder and CEO, MapMyGenome, a Hyderabad-based genomic mapping startup.

“My father would always try to teach a concept or tell us stories in the form of a verse or song. I was always fascinated by verse, and later I developed the habit of writing. Fortunately, I don’t have a deadline, so I just write when I feel like doing so. My last poem was on ‘Mental Health Day.’ I was out on work at a government office and the words just came to me,” she says.

She believes poetry helps her express herself in ways that she otherwise cannot. “You need to be in a different mind space to write. You need to look at things very differently,” she adds.

It is while writing and travelling that Anu believes she can truly open herself to world and unwind. It helps her understand nuances like never before. Travelling, she says brings out a deeper understanding of the world around her. 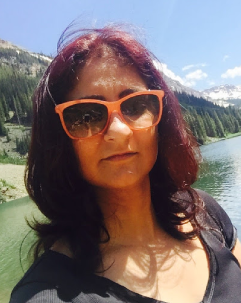 “Sometimes you are pushed out of your comfort zone when you’re travelling. And that is beautiful because those experiences are priceless. Wherever I go, I try my best to walk around the city as much as possible. Not only does that give you a feel of the landscape and space, it also gives you an insight into the psyche of a city. I did that in Cambridge, where I had gone for a talk and even in China. In China, I was lost because I didn’t know the language and nor did people know what I wanted, but the in the end the beauty lay in the fact we could communicate and talk despite language barriers. Travel does that,” she explains.

Anu believes that there is little that the world can hide or cover when you walk the streets of unknown landscapes. She believes there is magic in travel and writing that has the power to transport you to a different plane.

“Does it help me unwind? Of course! But there is so much more to it than that,” she says.