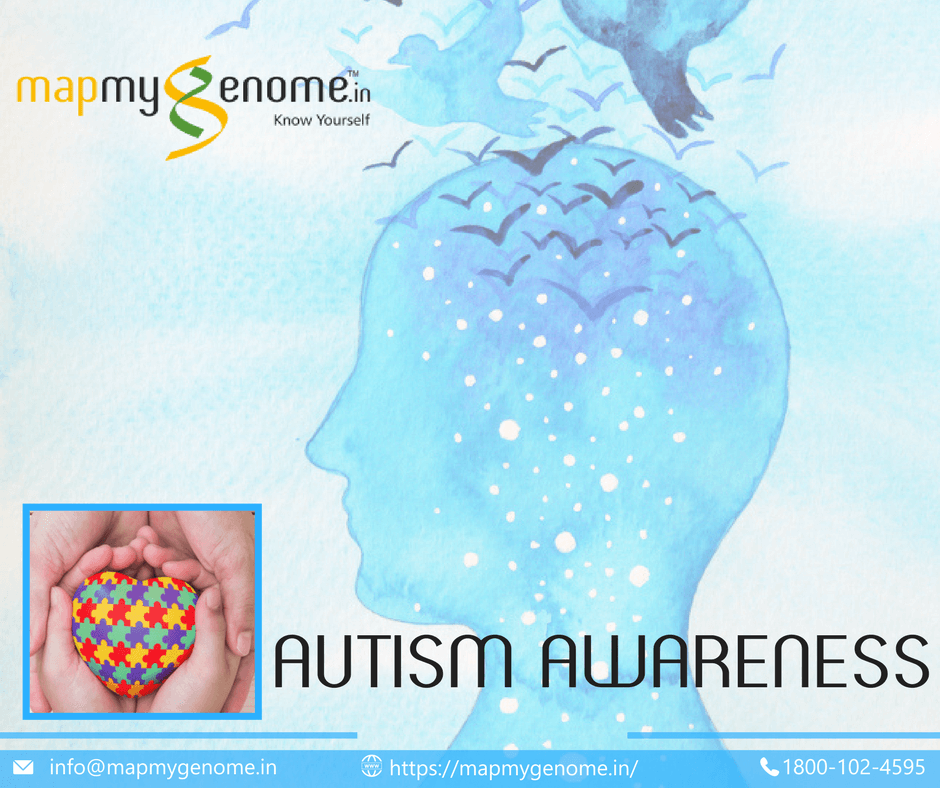 April 2nd is World Autism Awareness Day. We are celebrating Autism Spectrum Disorder this month by sharing information with you and of course, lighting up the world blue!

What are Autism Spectrum Disorders?

Autism or Autism Spectrum Disorders (ASD) refers to a group of conditions characterized by challenges with social behavior, repetitive behavior and speech. Some individuals may present with unique skills and strengths. Individuals diagnosed with Autism Spectrum Disorders present with wide range of severity. In the last decade, the incidence of autism seems to be on the rise; this may be attributed to increased awareness among both families and professionals leading to earlier and accurate diagnosis. What are the most common symptoms of ASD?

Children commonly develop ASD before the age of 3 years. The three important behavioral symptoms include:

Many children often come to medical attention during the second year of their life due to language delays, which may become more obvious. Children may also show other behavioral symptoms such as meltdowns, which may be caused due to change in routine, or hypersensitivity to sounds or stimuli.

There are several distinct genetic changes known to be associated with ASD.

Advances in genetic testing technology have successfully identified underlying genetic causes of autism for many individuals. A genetic diagnosis can have several benefits including:

As genetic counselors, we come across many myths and misconceptions associated with ASD. Let’s address some of these common myths we have learnt about from our patients over the years.

No! Vaccination DOES NOT cause autism. Scientific studies that claimed vaccination causes autism were flawed and, thus, appropriately disregarded.

Stepping out during solar or lunar eclipses causes Autism

This is not true. In India, a common cultural myth is that if a pregnant woman steps out during an eclipse there may be an increased risk for autism or birth defects in the baby. There is no scientific evidence to show that eclipses can increase risk for birth defects or autism. While there is no risk to the pregnancy, stepping out during a solar eclipse to enjoy the celestial occurrence without any eye protection can cause vision damage due to radiation exposure!

There are no genetic causes for autism

There is insufficient data to prove that casein-free and gluten-free diet can cure ASD. Currently, there are ongoing clinical studies to better understand the risks and benefits of such dietary intervention.

Children with ASD will remain non-verbal

Not all children with ASD are non-verbal. In fact, studies show that 25% children who fit diagnostic criteria for ASD at the age of 2 or 3 years begin to talk and communicate by the age of 6 or 7 years (Miles JH, 2011). Children with speech delays will require additional support including speech therapy and support from school systems.

Children with ASD cannot be a part of mainstream society

While some children with ASD will continue to require long-term support from healthcare professions, parents and society, this is not true for all children with ASD. Many children with ASD attend regular school, interact with their peers and continue to be integrated in the ‘mainstream’ society. Thanks to increasing support and awareness, many individuals diagnosed with high-functioning autism have been able to go to universities and even hold jobs.

Children with ASD will always have intellectual disability If your child has a diagnosis of autism, speaking with a genetic counselor can help you to better understand possible underlying genetic causes of autism and discuss emotional and medical implications for yourself and your family members. A genetic counselor is a specialized health care professional who has expertise in medical genetics and psychological counseling.