Autoimmunity : Causes, Mechanism and how it affects COVID outcomes 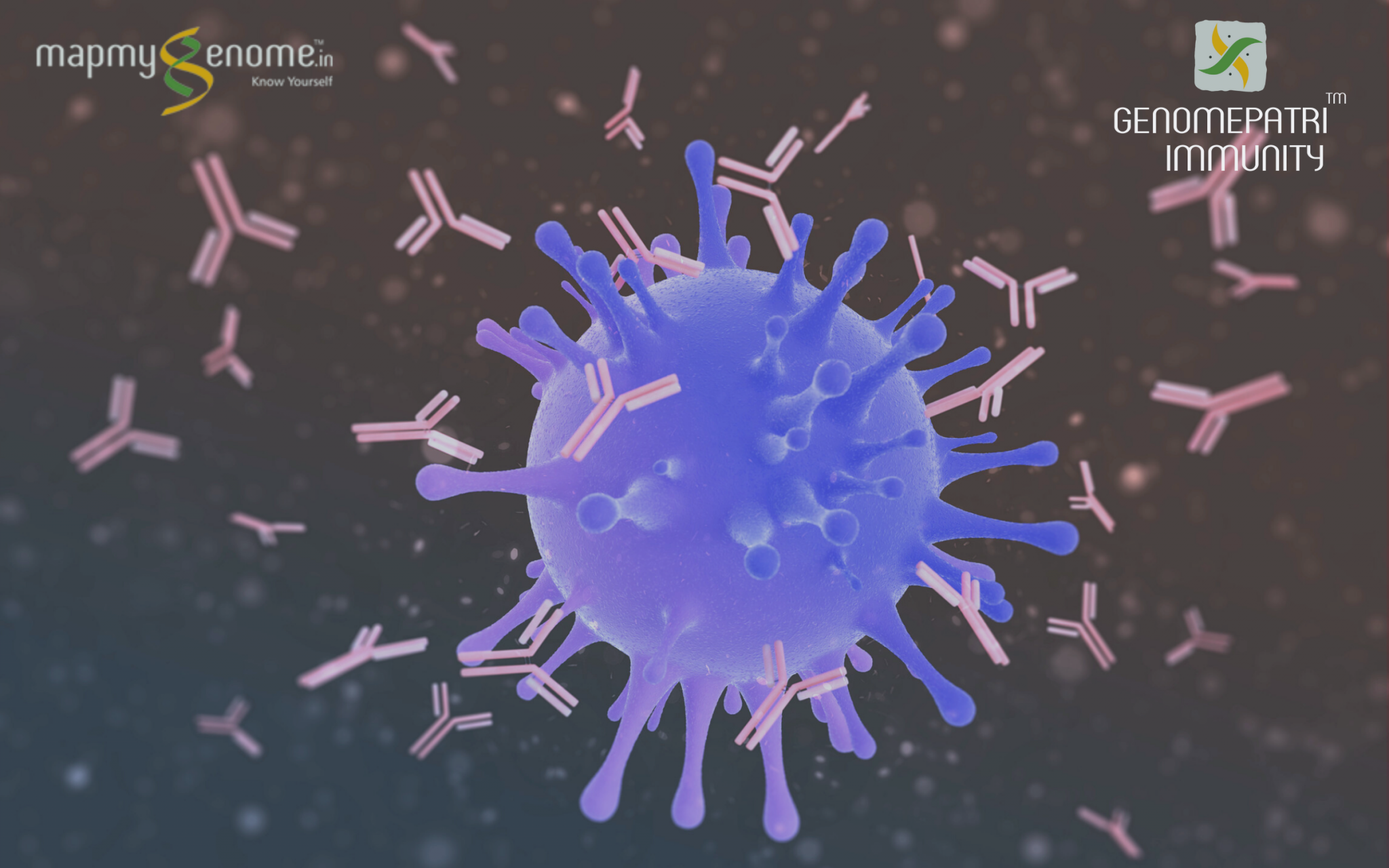 We are often exposed to many pathogens (bacteria, viruses etc.), yet sometimes don’t get affected or fall ill. This is due to our immune system which wards off the pathogens that enter our body. Our immune response acts as the defence system, containing many biological structures, and different cells (B cells, T Cells, lymphocytes, macrophages etc) within our body to protect against diseases.

Our immune responses are affected by various factors – diet, sleep, hygiene, stress, age, and certain genetic factors, too. The immune system has two subsystems : ‘innate’ immunity and ‘acquired’ immunity . Certain disorders cause the immune system to be less active than normal, leading to recurring and life threatening situations. These immunodeficiencies can be due to genetic factors (variations in DNA sequence or mutations) or due to the use of certain immunosuppressive medication.

Autoimmunity is the phenomenon wherein the immune system signals the immune cells to attack/kill its own body’s tissues – leading to certain autoimmune disease. This generally happens due to dysregulation/dysfunction of the immune system.  This dysregulation occurs generally due to certain genetic factors or some environmental factors. It is generally believed that autoimmunity is triggered by development or activation of CD4 or T helper cells that react to specific autoantigen. This is referred to as ‘single initiating antigen hypothesis’. The autoimmune reactions show the imbalance between the effector and regulatory immune responses. These responses typically develop in stages : Initiation and Propagation.

The initiation of autoimmunity is a combination of genetic and environmental factors. Certain polymorphisms in the genes, mainly that code for the production of the immunoglobulins, T  cell receptors, major histocompatibility complexes (MHCs) , alters the activation and regulation of T cells, may also lead to self-reactivity of lymphocytes. Some people can also inherit autoimmune diseases, and can pass them on to the next generation. Recent studies have proved that healthy individuals also have autoantibodies and autoreactive T Cells in the body, which are regulated by a mechanism called immunological tolerance.

The propagation phase in autoimmunity is related to the progressive increase in the number of reactive T cells and the accumulation of cells near the tissues, characterized by tissue damage and inflammation. The autoimmune responses create an inflammatory environment, triggering the activation of more immune cells,by producing cytokines and other inflammatory mediators to reduce the reaction.

In certain cases, triggering autoimmunity alone is insufficient to induce autoimmune diseases. Studies show that CD4 and T cells also play a role for the development of full blown, pathological autoimmune diseases. For example, in the progression of autoimmune diseases, one of the important phenomena is epitope spreading, where the autoantigens detected by B cells and T cells increase during the initial activation of the autoreactive lymphocytes – thereby triggering autoimmune response. Certain experiments demonstrated that autoimmune diseases can be inhibited or suppressed by removing or inhibiting the  expression of CD4 cells with anti-CD4 monoclonal antibodies. Many immunosuppressant drugs are used as medication to treat, inhibit or prevent the overactivity of the immune system. These drugs are also used to prevent organ transplant rejection and during chemotherapy.

In the current COVID-19 pandemic, one of the pressing issues for the deaths is autoimmunity and the autoimmune disease. Patients with underlying autoimmune diseases are known to suffer more compared to others because of their immunosuppression, and the viral infection only increases the risk for autoimmune responses.

The coronavirus mainly attacks respiratory epithelial cells and replicates itself to increase the viral count. This induces innate inflammatory response in lungs, mainly leading to respiratory failure such as acute respiratory distress syndrome (ARDS), multiorgan failure with hypercytokinemia, Secondary Hemophagocytic Lympho-Histiocytosis (SHLH) or cytokine storm syndrome characterized by increase in interleukins and macrophage inflammation. Reports suggest that most of the COVID-induced deaths are due to hyperinflammation. Hence, all the COVID-19 patients with severe symptoms should be screened for hyperinflammation. Some medical groups are currently discussing the potential benefits of using immunosuppressants in treating COVID patients.

Understanding your genetics helps you identify potential health risks (such as autoimmunity) and address them with timely interventions. Genes from the HLA family have a strong link with autoimmunity, while genes such as IRF5 (variation in this gene affects autoantibody production and subsequent increase in IFN (interferon)-alpha production) also contribute to autoimmune risk. Other genes of relevance include the STAT4 gene (interleukin signalling and subsequent T-helper cell and monocyte activation, during autoimmune response), MSH5 gene (DNA mismatch repair and meiotic recombination, cell maintenance) and the ITGAM gene (this variant disrupts phagocytosis and causes uncontrolled production of cytokines). Screening for these genetic markers could help identify risk for autoimmune disease.

Mapmygenome is introducing a DNA-based COVID-19 Risk & Immunity report – this is a comprehensive genetic assessment of factors which affect COVID-19 susceptibility and severity :