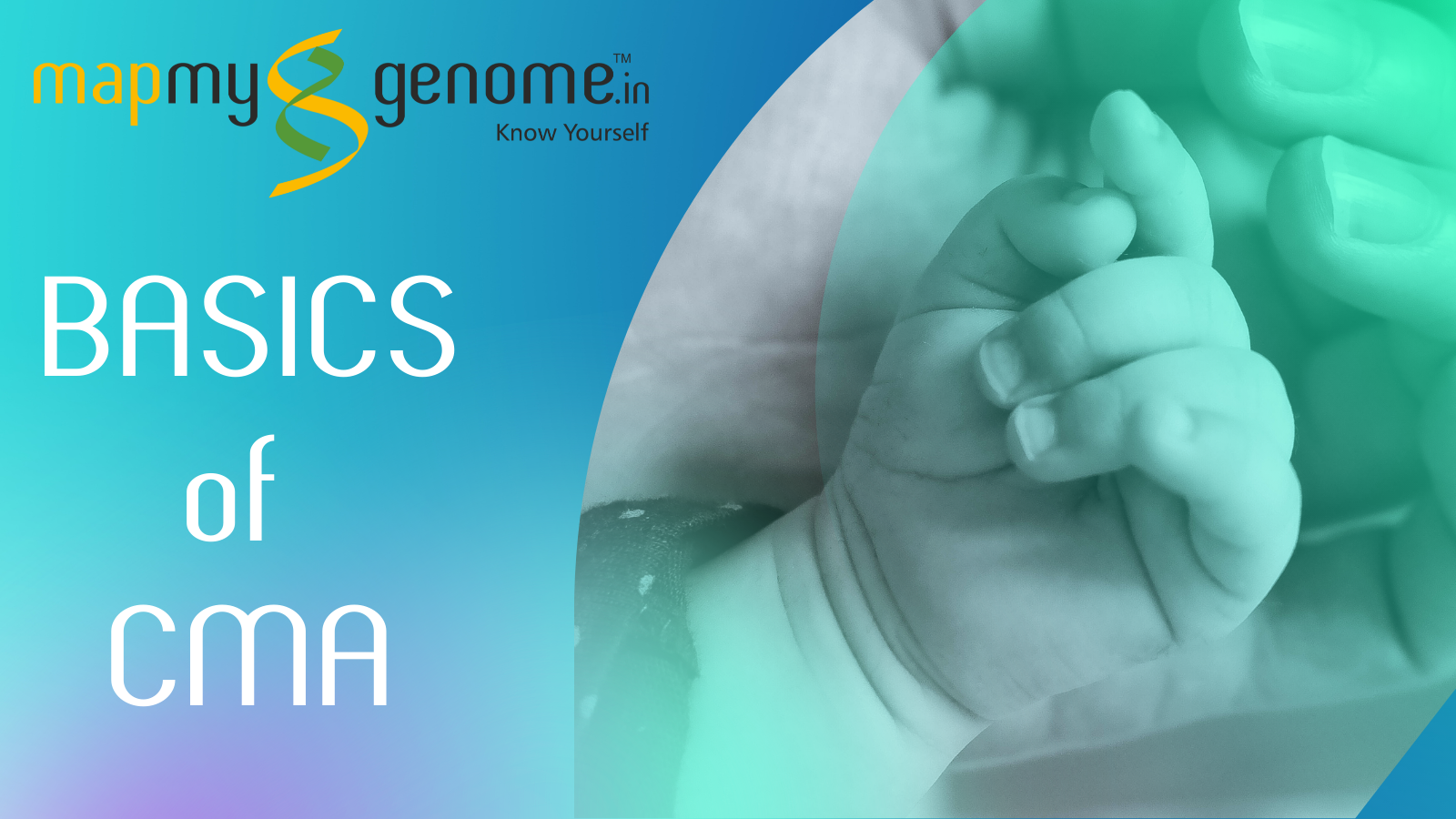 Chromosomal microarray (CMA) is a unique and a comparatively newer cytogenetic test. “Cytogenetics” is a term used to describe the study of chromosomes. These help detect clinically significant changes in your chromosomes such as broken, rearranged, missing, or extra chromosomes.

Chromosomes are long thread-like structures present in cells that have DNA packed tightly into genes. Each one of us has 23 pairs of chromosomes, i.e., 46 chromosomes in total. We get one pair of chromosomes from our mother and one pair from our father.

Chromosomal microarray test helps detect various genetic conditions associated primarily with developmental delays and congenital anomalies which are described as structural or functional changes present in a baby from birth.  CMAs are more efficient and sensitive as they offer a >10 fold increase in the resolution to detect the extra or missing pieces of the DNA. Let’s dive further to understand the basics behind CMAs and what this test really means!

If small pieces of the DNA are missing or are extra, this can lead to multiple conditions in babies from birth. This is where CMAs play an important role. CMAs can detect chromosomal changes as small as 5-10Kb.

How does CMA work?

In this test, a gene chip called microarray has 100s of tiny dots which contains DNA from all 46 chromosomes. Computer algorithms then identify and detect how much of this DNA sample is bound to the microarray chips and compare them against a reference DNA sample, thus being able to study the exact amount of missing or extra DNA.

What does CMA detect?

CMAs are now recommended as the first stage tests over other cytogenetic tests by the International Standards  for Cytogenomic Array Consortium to look for missing or extra regions also known as Copy Number Variations (CNVs). In simple terms, CNVs are variations from the expected or the normal range in a particular DNA segment.

What does CMA not detect?

Since CMAs are used to look at the missing or extra bits of DNA this technique cannot detect the following:

Who should get a CMA done?

According to the American College of Medical Genetics, CMA has been recommended as first-tier testing in children seen with neurodevelopmental conditions which include unexplained developmental delays in various areas such as speech, daily activities, etc., intellectual disabilities, or Autism Spectrum Disorder (ASD). Babies born with significant medical conditions also need to be evaluated for chromosomal changes. CMAs are also widely used in the prenatal settings to analyse and detect the reason for recurrent pregnancy losses in couples.

Genetic counselling helps in such cases to identify which test would be most appropriate to help you get a diagnosis. Set up an appointment with a genetic counselor to understand which test, if needed, will be most suitable for you and your family.