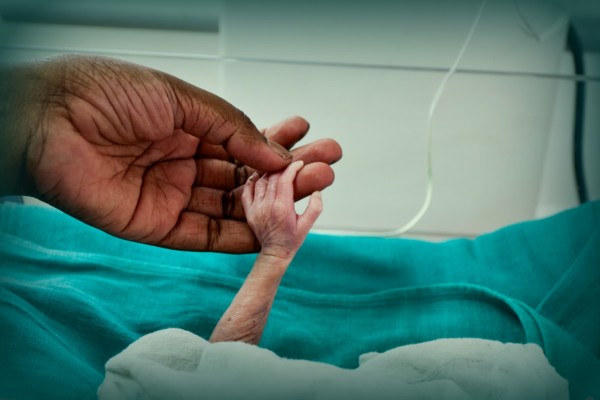 This is one of the many true stories of genetic counseling. I saw this couple early last year and they are on my mind today because they called me last night. I am changing their names because, like all good genetic counselors, I respect confidentiality and privacy. I am sharing their story because every newlywed can learn from their story.

Samir and Anne had fought against all kinds of odds as a couple- religious differences, financial difficulties, career crises, and everything else in between. Nevertheless, when I saw them at their appointment, none of those struggles mattered to either one of them. They were happily married for a year, their respective families had finally come around to seeing in them what they saw in each other, proud owners of an extremely successful startup in the food industry, and knew they were already in love with their baby growing in Anne’s belly. They would do “anything”, they said, to ensure the baby was fine and, would love the baby no matter what. So what brought them to genetic counseling? Both, turns out, had blood reports that indicated they might be a carrier of beta thalassemia.

What is beta thalassemia?

Back to Samir and Anne. Neither of them had thalassemia but were at high risk for being carriers. The possibility never even crossed their mind, as they had always enjoyed good health and were certain they weren’t related to each other in any way. Here is where we had to work together very quickly because they were over 3 months pregnant, their risk for being a carrier of beta thalassemia was high, their actual genetic carrier status was not known, and time was ticking. These are learnings from their genetic counseling appointment:

Public awareness, carrier screening, and genetic counseling are key- during pregnancy and especially before conception.

Routine CBC with a focus on MCV can be an invaluable carrier screen for thalassemia and any couple that has low MCVs, must proceed to get hemoglobin electrophoresis

Prenatal (and preconception) genetic counseling is an extremely personalized healthcare specialty that focuses on the individual, their values, their beliefs and helps couples understand complex genetics concepts and make important medical decisions that’s good for them.

So what did they choose? Samir and Anne decided that although they would not change the course of the pregnancy, they wanted to know as much as they could about the developing baby and themselves so that they may best take care of their new family. They chose to:

It’s always important to understand that different people make different choices in similar situations because each one has different beliefs, values, experiences, support systems, coping strategies, influences in life. There is no “one right answer” to some of life’s bigger questions about who “deserves” the right to live, and what really is “normal”. I made sure they fully understood the implications of their decision, and told them to stay in touch if anything changes for them, or even if they just wanted to stay in touch.

Which brings me back to why Samir and Anne are on my mind today.

Last year, they had an emotionally rough pregnancy, chose to continue with it, had a baby whose genetic newborn screening test came back positive for thalassemia, started their baby on transfusions and chelation therapy, went global with their start up, and sent me many pictures. Last night, they called to invite me for a party – they were celebrating Sanaya’s 1st birthday and wanted me to be a part of it. I couldn’t have asked for a greater honor. Or a better job.