Charles Darwin – Survival of the Fittest 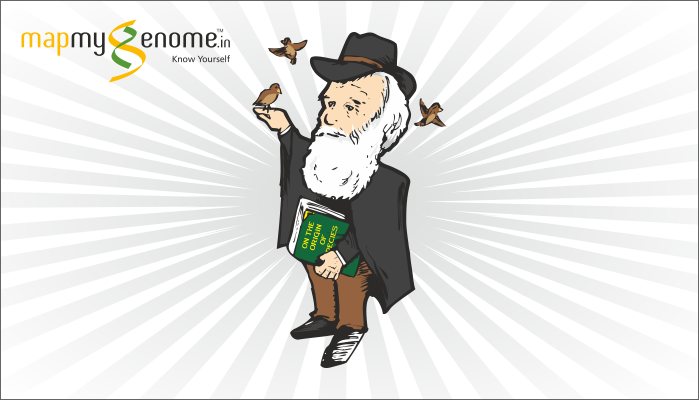 Today the world celebrates “Darwin Day”, a day dedicated to the celebration of the life and achievements of Charles Darwin – the man who gave the world conclusive proof that evolution isn’t hocum. Needless to say, he didn’t invent the idea of evolution – that happened way before he was born; but he was the first to research extensively into the subject and conclusively document that evolution wasn’t just an idea, but the truth. Easier said than done, if you ask me, considering that at the time, there was a strong opposition to the idea of evolution as a theory, coming out of post-revolutionary France. These ideas were considered a threat against the established social and political order. Charles Darwin however laid forth his research and gave to the world his “Theory of Evolution”, which made the idea acceptable to the scientists and the general public. 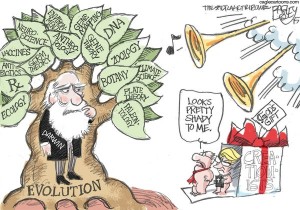 Charles Darwin was born on 12th February 1809, into a moderately wealthy family in Shrewsbury, England. His father, Robert, had the largest medical practice outside of London at the time, while his mother, Susannah, came from a family of pottery manufacturers. Having lost his mother at the tender age of 8, Charles was raised mostly by his father and older sisters. At the age of 16, he started university in Edinburgh, Scotland, as a medical student (lucky fellow! Edinburgh is breathtaking!). He didn’t care much for the medical sciences, but at that time, society was such that young men were expected to become medical doctors, military officers, or clerics in the church of England. So, Charles chose the lesser of the few evils. Or so he thought, until he dropped out of medical school in 1827 after revolting against the brutality of surgery being performed without any sort of anesthesia or pain relief whatsoever! (Quick fact – Anesthesia wasn’t used in operations until 1842. Suddenly you’re glad you weren’t born at that time, eh?)

There was a silver lining here though – During his time at the University of Edinburgh, he was immensely motivated by the teachings of Robert Grant – a respected professor of anatomy and a marine biologist; and it was at his behest that he became a member of the student naturalists society, which was his stepping stone into the field. After dropping out of Edinburgh, he joined Cambridge to become an Anglican parson, but something about the scientific ideas of geologist Adam Sedgwick, and naturalist John Henslow, sparked his interest.

Anyhow, Darwin did manage to stick with Cambridge long enough to complete his degree this time around, and graduated in 1831 with a Bachelor of Arts degree. Darwin was, though, clearly more fascinated by biology and geology than the idea of excelling in a clerical career. (Fair point, I guess).

This was the defining moment of his life. In 1831, following his graduation, John Henslow, his mentor, managed to pull a few strings and secured a berth for him on a British Navy mapping expedition, which would take him around the globe in a span of about 5 years. Needless to say, Darwin’s dad went all…well for the lack of a better word..”parent-y” on him, and refused to let him go. Thankfully though, Charles and his persistence (or annoyance; depends on whose side you’re on) won, and two days after Christmas in 1831, Charles Darwin and his man-servant climbed aboard the H.M.S. Beagle, under the command of the aristocratic captain, Robert Fitzroy. As luck would have had it, Captain Fitzroy had immense interest in advanced science, particularly Geology, and his large collection of books on board the Beagle, caught Darwin’s eye. He chanced upon Charles Lyell’s “Principles of Geology”, which helped shape his ideology, and later Darwin accepted that had it not been for this book, he would still not have accepted the biological basis of evolution himself! (School kids across the globe reading his “Theory of Evolution” sigh in unison!) 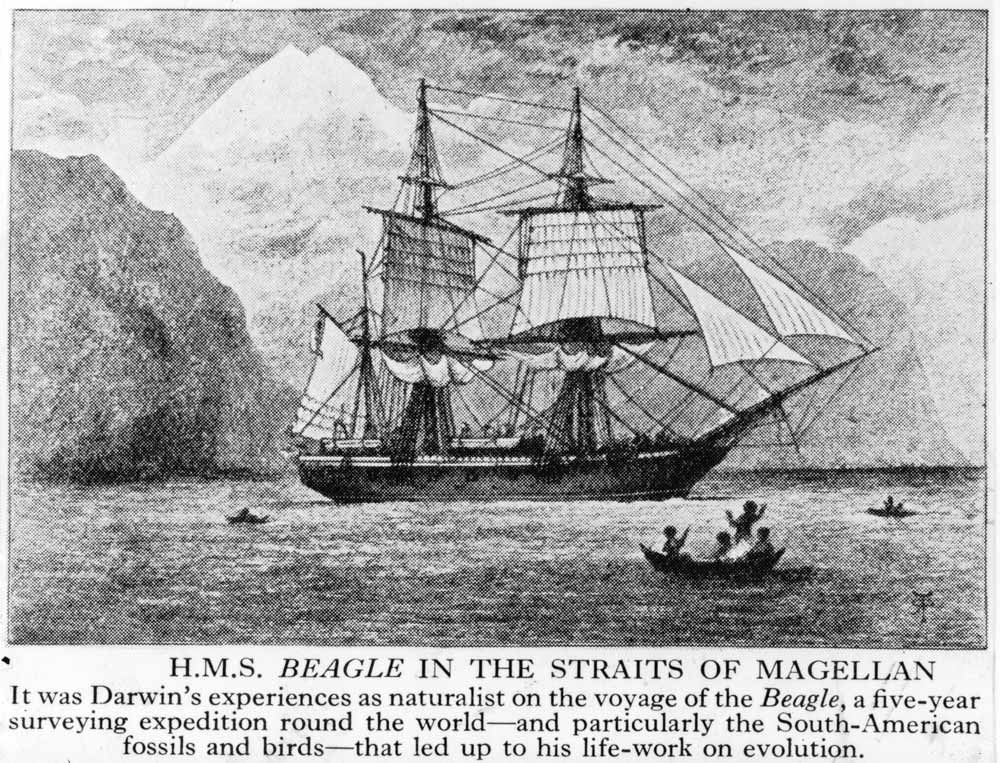 It was during this voyage that Darwin visited the Galapagos Islands. This 5 week long visit was the defining moment of his life, as it was here that he made the observations that eventually led him to better understand the causes behind evolution (for both plants and animals). It wasn’t until 1837 that he formulated and articulated his views about evolution, since it’s believed that at the time he left the Galapagos islands, he still believed in the traditional Biblical creationist theory of life. 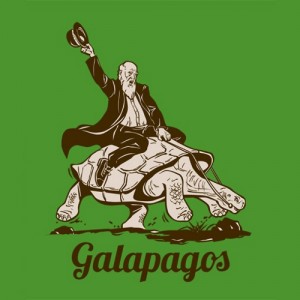 The Galapagos Islands, situated in the Eastern Pacific Ocean, are home to species of flora and fauna not found anywhere else in the world. Darwin observed that the species of life forms there, even the birds, differed slightly from each other upon moving from one island to the next. He attributed this difference to the varied environment across the islands. Upon his return to England, Darwin consulted an ornithologist and identified 13 different species of finches, that he had collected from the Galapagos islands. These species differed from each other in beak shape and size, associated with their varied diets. Darwin knew that the finches originated in the mainland of South America, (where they still have just the one species) and he concluded that upon reaching the islands, they dispersed to different environments, and thus had to adapt to the conditions they were living in. Over many generations, the birds changed anatomically – driven by the environmental factors they were subjected to – in ways that allowed them to obtain enough food, and survive in order to reproduce. This sort of evolution is known today as “Adaptive radiation” – the phenomenon wherein different populations of one species become reproductively isolated from each other by adapting to different ecological niches, eventually leading to them being recognised as different species altogether.

Charles Darwin also observed, and came to appreciate the fact that every entity in any population is slightly different from the other individuals within the same population. The ones having variations that allow them to stay alive long enough to reproduce successfully, are the ones that manage to pass on their genes (traits) to the next generation with higher frequency than those that do not have their genetic “advantage”. As a result, the traits passed on by these entities become more common in the next generation of the same population, eventually leading to the diminishment of the “weaker” traits – thereby resulting in population evolution. Darwin called this “descent with modification”. Today we all know this process as Natural Selection. 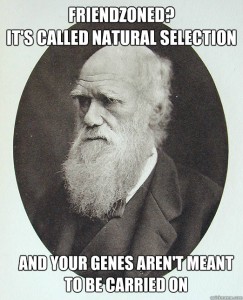 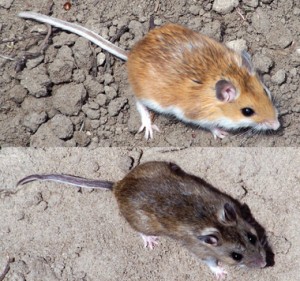 Deer mice are a great example of Natural selection. The mice that migrated to the sandy hills of Nebraska changed from dark brown to light brown over some generations, to better hide from predators in the sand. Today you won’t find dark brown Deer mice in Nebraska anymore.

At the time Darwin was proposing his theories on biological evolution based on his observations in the Galapagos Islands, Lamarck’s theory of evolution was considered by the scientific community as the irrefutable theory. Lamarck’s theory was that the environment altered the physiology of the individuals in a given population, and that these acquired variations were then inherited. Darwin, however, was not convinced by this, and countered this theory by claiming that at any point of time, variations of all sorts exist in a given population – nature just selects the variations most suited for survival in a given environment against less useful ones. Darwin, inspired by the works of Thomas Malthus, realised that all populations – animals, plants, humans, have the potential to multiply rapidly, unless they are kept under constant check by external factors such as predators, diseases, and limitations in resources essential for survival, such as food and water. The most “fit” individuals in a given population, are those that are less likely to perish in the face of these external threats, and are thus, most likely to pass on their traits to the next generation. By the late 1860s, Darwin came to describe this process as the “survival of the fittest”. This phrase – “Survival of the fittest” – is probably one of the most frequently misunderstood ones. It is assumed by most that the term “fittest” refers to the strongest, biggest, or the smartest individual in a population. FALSE…in this context. From a purely evolutionary perspective, the fittest individuals are the ones who have a trait or combination thereof, which allows them to survive and produce offspring, who too are in turn, capable of flourishing, in a given environment. Strength, size and intellect may not even play a role there! 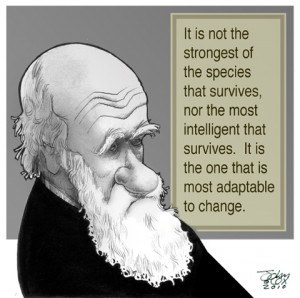 Although Darwin wrote up his theory about survival of the fittest in 1837, a year after his return from his voyage aboard the H.M.S. Beagle, he didn’t publish it until 1859. It is said that one of the factors that held him back was the widespread Christian evangelical fervor in England at the time. He feared he would be charged with sedition and blasphemy for publishing his widely unpopular and, in some people’s eyes, controversial theory. He wrote the first summary of his theory in 1842, three years after he married his wealthy first cousin, Emma Wedgwood (with whom he later fathered 10 children! TEN! Whew!). The first draft was 35 pages long, which expanded to a 230 page manuscript by 1844. However, this manuscript was not published, and was known only within the British scientific circles.
It was in 1859, that Darwin finally published his theory of evolution in full for the scientific community as well as the public at large in the form of a book. This 490 page long book entitled On the Origin of Species proved to be very popular and controversial from the outset, selling all copies on the first day of hitting the markets on November 24, 1859. On the Origin of Species went through six editions by 1872, and was sold out every time!

Darwin also published other works that gave examples of the process of Natural Selection, describing it in further detail, and by the late 19th century, most of the scientists and the educated masses had come to accept that life forms do change through time; that evolution is not just a concept, but a fact. This led to the public eventually accepting that there must have been some human species that existed long back – and the fact that we evolved from Monkeys.

Charles, it took you so much effort to convince people that we evolved from apes – All you had to do was show them a picture of our Genetic counselor… rather self explanatory that. (I still believe he’s stuck somewhere in the middle of that evolutionary ladder, but that’s a discussion for another day!) 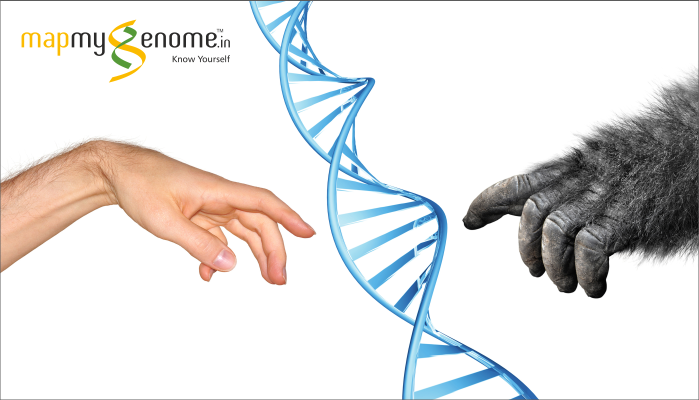 Here’s wishing a very Happy Birthday to the man who gave the world proof of my genetic superiority, waaaaaayyy before I was born!
Happy Birthday Charles Darwin.