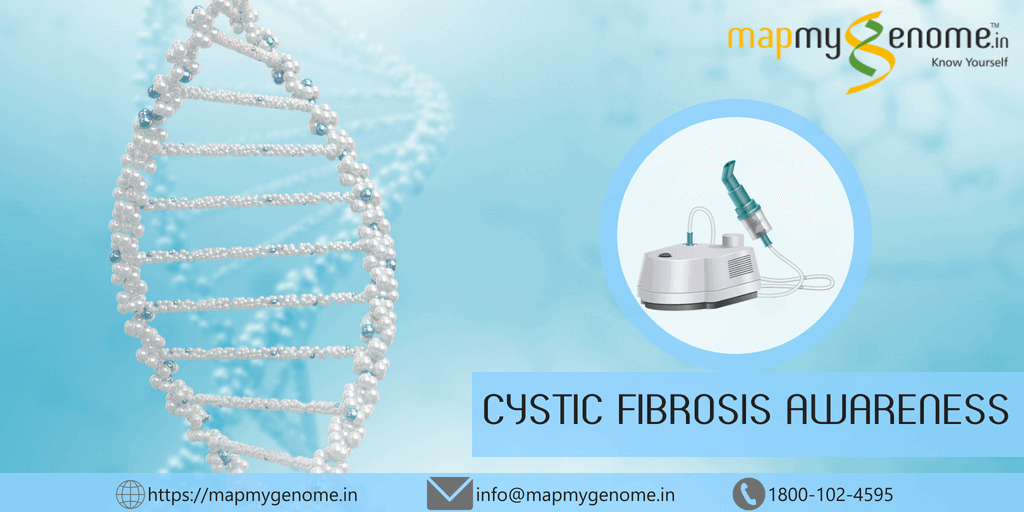 During my second year in graduate school, training to be a genetic counselor, we were asked to watch a documentary called The Power of Two to understand perspectives of families with genetic conditions. The Power of Two is an incredible story about twin sisters, and their struggle and triumph with Cystic Fibrosis. Their story gave me a new insight into the lives of people diagnosed with Cystic Fibrosis (CF). I highly recommend this documentary to anyone interested in understanding the challenges faced by individuals and families dealing with a diagnosis of CF. Let’s begin with learning more about CF.

What is Cystic Fibrosis?

The linings of our airways and digestive system are protected by a slippery substance called mucus. Individuals with CF produce mucus that is thicker than normal, causing progressive damage to the various organ systems.  Cystic Fibrosis is an inherited genetic condition in which buildup of thick sticky mucus can damage various organs of respiratory and digestive systems. The severity of the disease and range of symptoms vary in individuals diagnosed with CF.

How common is CF in India? Why have I never heard of it before?

Lack of community-based studies in India makes it difficult to estimate the exact prevalence of CF. The estimated prevalence of CF from various studies on immigrant population in Western countries (UK and US) is between 1 in 10,000 to 1 in 40,000 children. However, available data indicate the presence of some common genetic changes in the North Indian population compared with the South Indian population, making CF more common than previously known.

Many children may be dying due to severe pneumonia or malnutrition before accurately diagnosed with CF. Consequently, the number of diagnoses may not be a true reflection of the prevalence of the disease in India. Additionally, malnutrition is common in parts of the country, making it a challenge to distinguish between dietary malnutrition and CF associated malnutrition. This, in turn, leads to increased misdiagnosis.

What are the health complications associated with CF?

Cystic Fibrosis can affect children and adults. Following are some of the most common health complications associated with CF:

Abnormally sticky mucus can clog airways of the lungs making it difficult to breath. Individuals with CF are more prone to recurrent bacterial infections, which can result in chronic coughing, wheezing and inflammation. For some individuals, recurrent infections can cause permanent lung damage due to scar tissue formation (fibrosis) and cysts in the lungs.

Many people with cystic fibrosis can have issues with their digestive system. About 15-20% of babies with CF may have meconium ileus, which is when their intestine is blocked shortly after birth. People could also have mucus build up in their pancreas, clogging the ducts of the pancreas, reducing the production of insulin and digestive enzymes. This can lead to poor growth due to malnutrition and diarrhea.  Individuals could also be affected with diabetes also known as cystic fibrosis related diabetes mellitus during adolescence or adulthood.

What is the connection between Cystic fibrosis and infertility in men?

Congenital absence of vas deferens (CAVD), which is the absence of tubes that carry sperm out of the testes. Testes and sperms usually develop and function normally; however, the sperms are not transported efficiently. Many men can father a child with the help of reproductive technologies such as ICSI (Intracytoplasmic sperm injection) or IUI (intrauterine injection).

When should CF be suspected? How can it be diagnosed?

Can it be treated?

Yes! CF was once considered to be a fatal condition. Now with advancements in medicine, symptoms associated with CF can be treated and managed. Currently there is no cure for CF. The estimated average age for cystic fibrosis patients undergoing treatments is well into their 50s.

If it is genetic, can it be passed on to the next generation?

Cystic fibrosis is a genetic condition. Mutations (disease-causing alterations) in both copies of the CFTR gene causes Cystic Fibrosis. The CFTR gene helps in transporting chloride, a salt found in sweat, in and out of our cells. The flow of chloride helps control thickness of mucus by controlling movement of water in our body. Mutations in the CFTR gene can disrupt such regulation causing unusually thick and sticky mucus, which causes damage to organs.

It is inherited in an autosomal recessive pattern, meaning inheriting both copies of genes with mutations can causes CF. We all have two copies of the CFTR gene. We inherit one from our dad and one from our mom. When an individual has a mutation in one copy of the CFTR gene, they are referred to as carriers. Carriers usually have no symptoms.

Couples who are carriers have:

How can genetic counselors help?

Speaking with a genetic counselor can help you to better understand possible underlying genetic causes and discuss emotional and medical implications for yourself and your family members. A genetic counselor is a specialized health care professional who has expertise in medical genetics and psychological counseling. If you would like to set up a genetic counseling appointment CALL Us on 1800 102 4595 (toll-free) or 040-66986700or WRITE TO US at info@mapmygenome.in.

Where can I find resources for someone with CF?

Support groups can be a valuable resource for individuals and families who are looking for connecting with people with similar experiences. Following are some resources if you or someone you know has been diagnosed with Cystic Fibrosis: