DNA Day – Amazing things you did not know about your DNA 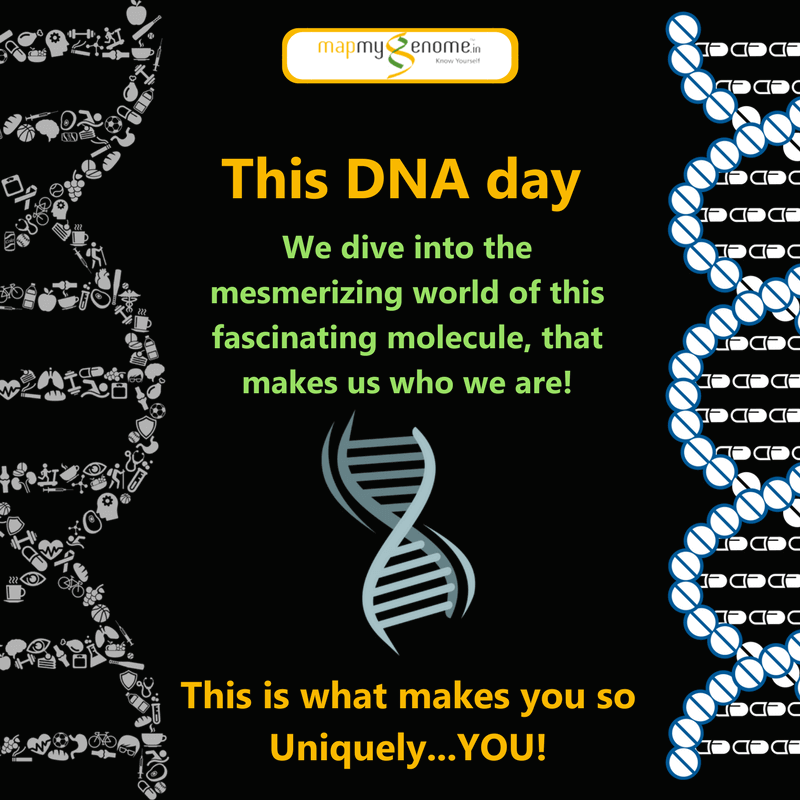 Our DNA was a fascinating discovery! Scientists are still working every single day on knowing more about “mutations” and mechanisms that could possibly confirm and provide access to DNA editing.

April 25 is celebrated as National DNA Day! The day is dedicated to the brilliant Nature publication in 1953 when James Watson, Francis Crick, Maurice Wilkins, Rosalind Franklin and colleagues published their work on the structure of DNA. While the finding was huge and became the primary subject for several fields, we are celebrating this day in a slightly different way! While there is immense research going on, wouldn’t it be fun to step away from the hard core science for a while? A step into the wild? There is so much more to our DNA than just our genetic make up.  Sit back, relax and let’s get you started with some light but mind boggling facts about the heavenly helix! AND THAT’S NOT ALL, THERE’S MORE…

How ODD is the fact below???

The human penis was once full of or covered with prickles. That’s scary! Luckily that DNA code which made the penis spiny is lost. Around 700,000 years ago Neanderthals and modern humans got separated from a common ancestor and that is when the modern humans actually lost that DNA code! Scientists have found out that a total of 510 DNA codes have been lost throughout the process of human evolution.

We have always known that Columbus was the first person to reach the New World (USA)? DNA proved that wrong! This was apparently achieved by Polynesians sometime in the 13th century as suggested by DNA evidence. Antarctica was also visited by Polynesians around the year 650 and they describe the place as “a place of bitter cold where rock-like structures rose from a solid sea“…. History cannot be recreated with genetic engineering…not yet anyway;)

According to research, DNA has a half-life of 521 years. This means that the oldest animal or organism that can be cloned back to life cannot be older than 2 million years. Thus, replicating dinosaurs is just not possible because they went extinct 65 million years ago. Our only option is to watch Jurassic Park and relive the majestic creatures…. A UNIQUE memory device revolves around planet earth known as the ‘Immortal Drive’. The device is located inside the International Space Station and contains digitized DNA sequence of Lance Armstrong, Stephen Colbert, Stephen Hawking and others. It is actually an attempt to preserve human race in the event of a global catastrophe!!! How well prepared is that….?

Did you know that our planet, did not have phosphates. Shiny balls of fire, better known as meteors were responsible for bringing reduced phosphorus to the earth, which then oxidized to form phosphates and thereby creating the mechanism that generates RNA and DNA. These outer space objects did contribute in some way!

A unique biological and self preservation fact …

DNA is capable of replicating or duplicating itself – It is capable of making an identical copy of itself and this is essential during cell division. Mapmygenome and DNA day : Each individual’s genetic makeup is unique. You are different because of that 0.1% DNA that sets you apart! As a Personalised genomics company, we are well aware of this and thus help you #knowyourself !

We have something interesting to offer today…Genomepatri is now available for just 14999 INR!

Note: All the information in this article has been collected from aggregator websites, popular forums and online blog content, available in public knowledge databases.