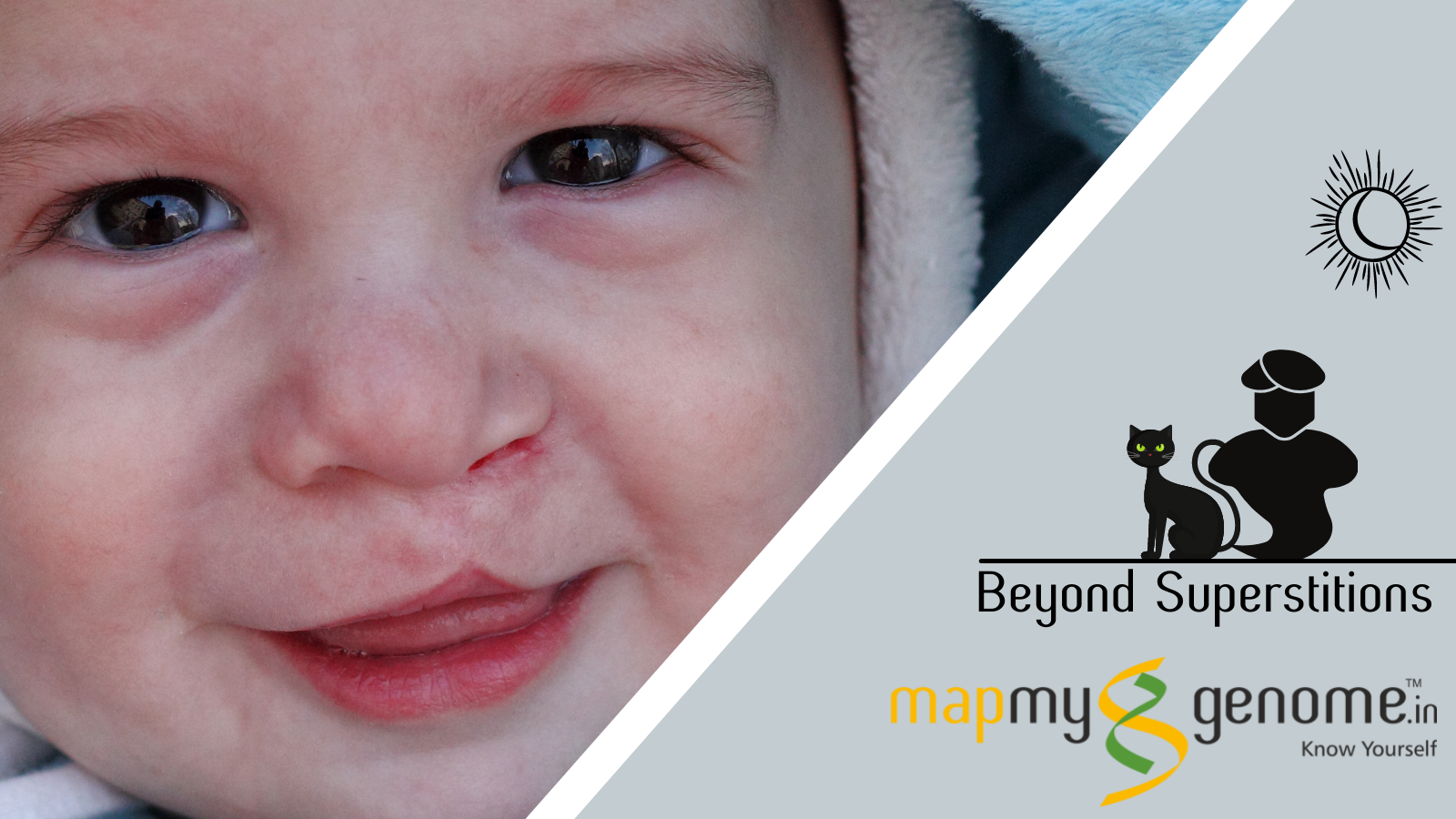 Have you heard of this superstition?

If yes, you are not alone. Karma, Black magic, possession by Djinn (evil), and more such myths that exist.  These sorts of superstitions and myths have been around for years and even today, in the 21st century majority of families believe in these social stigmas and prejudices associated with what is termed as Cleft lip/palate and craniofacial anomalies. Which is why it is important to be aware and spread the awareness and understanding of these common birth defects of the head and neck. July is National Cleft and Craniofacial Awareness and Prevention Month, a month where we raise awareness and spread an understanding of what these birth defects are.

India is a huge country with a population of approx. 1.1 billion and research shows that around 27,000-33,000 babies are born with clefts per year (Mossey P et al.). Craniofacial defects are structural changes that occur during pregnancy and are seen in babies from birth. The two main types of craniofacial changes are cleft palate (figure A) and cleft lip with or with palate (figure B). Other types of craniofacial changes also include craniosynostosis (figure C).

Let’s dig a little deeper into understanding what these craniofacial changes are!

During early pregnancy, when the roof of the mouth known as “palate” does not fuse together, there appears to be a slit or an opening called Cleft Palate. In case of Cleft Lip, the tissues that form the lips do not fuse together, leaving an opening on the lips. This opening can be either on one side of the lip (unilateral) or on both sides (bilateral). This opening can be a small slit or can also be a longer slit extending up to the nose. Children with cleft lips can also have a cleft palate.

No, it’s not because of karma, black magic, or even an eclipse. Cleft lip/palate have a history of being associated with myths and lead to religious and traditional interventions instead of a proper medical evaluation.

Epidemiological and experimental evidence suggest that certain environmental factors such as the mother’s exposure to tobacco smoking during early stages of pregnancy increases the risk of the child with cleft lip/palate. Other factors include mother’s consuming inadequate nutrients, and exposure to certain chemicals and substances, also termed teratogens, which are known to cause defects in the growing baby.

Multiple specialists such as a paediatrician, orthodontist, ear, nose and throat (ENT) surgeon, cleft surgeon, speech therapist, and genetic counsellors all play an important role in managing and intervention of cleft lip/palate. Their expertise together helps in making sure that functional and aesthetic measures are provided at age appropriate stages. The American Cleft Palate-Craniofacial Association states that the surgical repair of the cleft lip is usually initiated within the first 12 months of life and may be performed as early as is considered safe for the infant and in the normally-developing child, surgery done to close the palate is usually done by the age of 18 months and preferably earlier when possible. These surgeries usually close the openings and leave a minimal scar. Along with surgeries, children might even require speech therapy to manage speaking difficulties.

This is a developmental anomaly of the skull, which happens due to the premature closure of cranial sutures (these are joints that connect the bones of the skull). This causes a change in the shape of the head and has an effect on the neurodevelopment of the child.

Similar to the cleft lip/palate, both environmental and genetic changes are known to cause these changes. The causes are either non-syndromic or associated with certain genetic conditions such as Apert Syndrome, Crouzon Syndrome, etc. Syndromic craniosynostosis needs further genetic evaluation. Genetic counselling helps in finding the right test to identify the underlying cause.

Craniosynostosis is usually diagnosed in the first year of life. Physical examination by a clinician is done to evaluate the shape and size of the skull, and also to understand if these changes could be associated with an underlying syndrome. Assessing the skull is important as it helps in looking at it from all aspects. A MRI scan further helps in revealing the internal structure. Management of these structural changes depends on the kind of craniosynostosis. The uncomplicated and non-syndromic changes can usually be corrected by surgery, whereas syndromic associations might need an urgent intervention.

Why is raising awareness important?

Cleft lip/palate and craniosynostosis are usually picked up in routine ante-natal ultrasounds and this gives the families time to understand and decide the further management and intervention after their child is born. However, even today, many rural areas do not have access to basic medical facilities including routine ultrasounds. These reasons along with lack of awareness can be why unusual traditions and superstitions are deeply rooted in the minds of people. Various practices such as burning purification woods, camphor, etc., or tying an amulet around the neck of the child are commonly reported in literature. Spreading awareness about these craniofacial changes is urgently needed especially in rural areas to make sure that children born in these families are not neglected and instead are given proper intervention.

Genetic counselling plays an important role in educating families about these changes, providing them with psychosocial counselling to reduce parental anxiety and other concerns, and also guiding and motivating them for proper management and intervention. Awareness also helps curb stigmas associated with these structural changes.