Epigenetics – What’s the hype about? 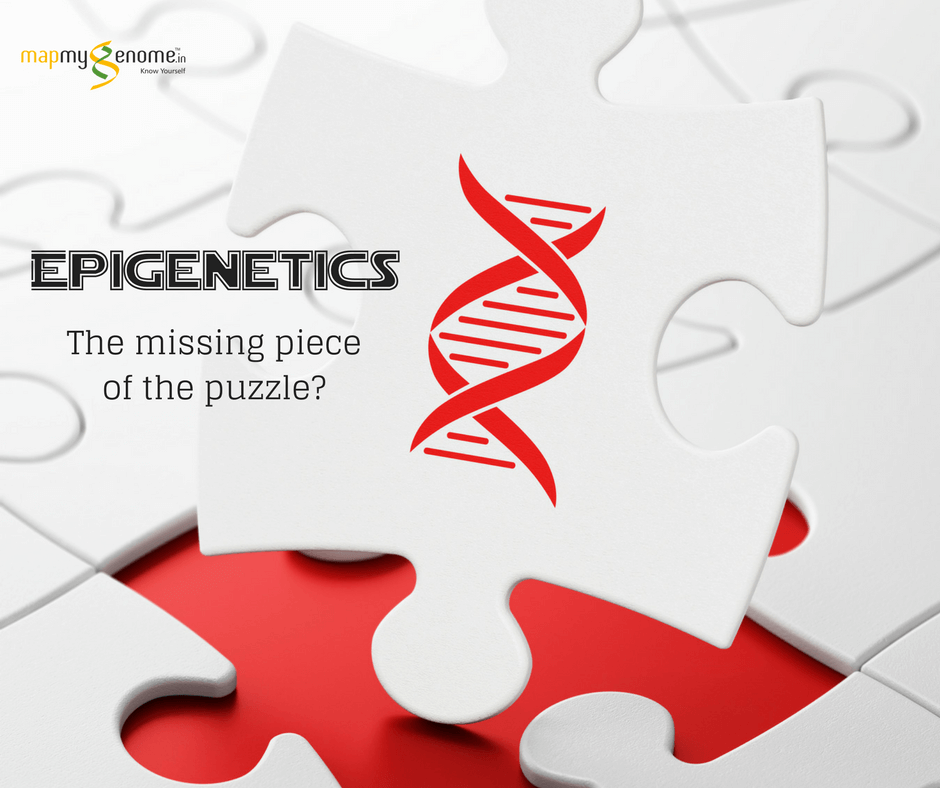 There have been several articles and discussions about epigenetics and many of them may befuddle the average reader but it does sound cool- doesn’t it? It’s also a tad equivocal – which adds to the hype. Before you confuse ‘epigenetics’ with Saif Ali Khan’s open letter on nepotism which referenced ‘eugenics’ (about which I shall write soon!), read on to understand what epigenetics is all about.

It all began in the 1940s when Conrad Waddington – a British scientist who lived in India until the age of three – first used the term epigenetic. Since then, a lot of interest has increased and so has research, especially after 2001 when the human genome was officially completed.

While the debate over the exact definition of the term and what it encompasses still rages on, ‘epigenetics’ literally translates to “Above genetics/in addition to changes in the genetic sequence”, and today stands to envelope any process that possesses the ability to alter gene activity without bringing about alterations in the DNA sequence, leading to functional modifications that are often passed on to the daughter cells. What this means is that the DNA sequence remains the same but there is a change as to how it functions. An often used analogy is about the usage of highlighters in an instruction manual to determine which parts are the most important and which are not. Now epigenetic markers can be found on the DNA telling the proteins how they should act on the DNA.

Most common epigenetic processes that have been identified are DNA methylation, phosphorylation, acetylation, sumolyation, and ubiquitylation. Sounds confusing- Here are tools to remember- Methylation is about little methyl groups found near the “C”’s in the sequence. There are proteins that hang around these methylated areas inactivating genes in those areas.  Sometimes these methyl groups and other markers are found in different parts of the histone telling them that those genes are most relevant and are activated. These epigenetic markers are reversible but occasionally they do show up in the next generations.

This list may not be exhaustive, as more epigenetic processes are likely to come to light as research in the field progresses. These processes are natural, and imperative for various functions within an organism; however, their improper occurrence could have adverse effects on human health and behavior. Since the term “epigenetics” first surfaced in print, physicians, researchers and the scientific community at large have been scouring the deepest, darkest nooks and crannies of the gene, in an attempt to unearth clues that point towards gene function being dependent on factors other than just the alteration of the genetic sequence. Today, a large number of illnesses, traits, behaviors and other indicators of good/depreciating health have been found to be linked (with varying levels of evidence) with epigenetic mechanisms. The list of such conditions includes, but isn’t limited to, almost all types of cancers, neurological, autoimmune, reproductive, respiratory and cardiovascular illnesses. Some of the known (and as yet suspected) drivers of epigenetic changes include pesticides, heavy metals, tobacco smoke, radioactivity, hormones, polycyclic aromatic hydrocarbons, and even basic nutrients.

The latter half of the past decade has seen some groundbreaking studies in this field surfacing in prominent journals, garnering a lot of interest in understanding and establishing links between epigenetics and epigenomics (the distribution of epigenetic changes across the genome) with the formula to leading a healthy life. We haven’t found Nirvana just yet.

And while some of you may think that epigenetics is about creating “designer babies” – it has nothing to do with them. These designer babies have elicited a whole spectrum of emotions ranging from eager anticipation to absolute horror. Epigenetics, however, can up the ante, by helping in the creation of “designer adults”, by selectively enhancing or muting the expression of a set of genes at different milestones in an adult’s journey through life.

So how will these “designer adults” function? Technically epigenetic processes would help control gene expression – selectively switch genes on/off; can help in regulating body processes – comes in handy when in a biologically “sticky” situation. Also, since epigenetic changes can be reversed, corrective epigenetic modifications can be induced in humans who have fallen victims to untimely, incorrect, off-target epigenetic modifications, thereby restoring a normalized state of being for them.

Fancy stuff? Technically, you can stop aging/delay aging by epigenetically switching off the genes that cause cell death, cell aging, and other biological processes associated with the same.

However, epigenetics as a field of study itself is in its infancy. Although it’s a buzzword that has certainly harbored a LOT of interest, epigenetics as a clinical tool is still far from becoming a reality anytime soon. Even epigenomics is not validated enough to be a good predictive tool for “Personal Epigenomics”. (If that’s even a word!) Coming to the  ‘nature vs nurture’ debate – some of my friends have asked if epigenetics changes that equation completely. To be honest- Not really. As we study the genome using genomepatri, we recommend that environmental changes influence the outcome for the individual. Good healthy habits lead to favorable changes and so one must exercise as it may cause some favorable gene expression- not the inherited genetic code.

Current strategies in disease management in western medicine rely on the administration of “standard therapies” given to all patients; however, not everyone responds well to this, owing to each individual’s  different molecular variations, which may be due to genetic heterogeneity, epigenetic modification, or an interplay of both. Realisation of the full potential of the promise of “personalized medicine” may well be dependent on the synergies amongst the “omes”

The genomic approach to medicine serves as a strong starting point, in helping identify individuals who are either not responding to traditional medicine or those who show a low rate of successful disease management when they are put on traditional therapies to treatment regimens. Epigenetics can further the value of personalized medicine by serving as a tool used at crucial checkpoints in a patient’s journey to a healthy state, to modify (if required) and personalize the health care regimen.

Interestingly Ayurveda was the first personalized medicine form but it stagnated for a while. Recent studies with Ayurveda and Genomics show some interesting promise. Perhaps a revival of Ayurveda alongside personalized medicine may reveal what makes each one of us unique. While many doctors may not completely understand implications of genomics let alone epigenetics, that is changing rapidly. Don’t be surprised if your doctor starts recommending tests and drugs based on data from your genome and epigenome as commonly as your blood tests.