From Genome to Syndrome : The Rare Disease Riddle 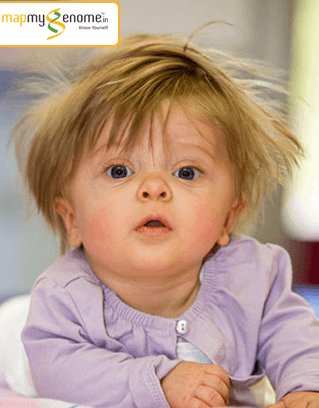 A is for Albinism, B is for Bloom’s, C is for Cat-eye… for almost every letter in the English alphabet, there is a rare disease which affects less than 1% of the population.

How are they caused?  The answer can be found a little closer to home, literally.  As diverse as they are in their complex symptoms, astonishing features and shocking abnormalities, these stories have a common beginning – inside the cell’s nucleus, rooted in DNA.

Facts about disease – some rare truths Sam Berns was a 17-year old American who dedicated his efforts to spreading awareness about progeria. 4 years after the Indian film “Paa” was released, a documentary, “Life According to Sam” was filmed in 2013, telling his story to millions of people.

Genomics in healthcare – The final piece in the puzzle?

The discovery of genes and inheritance (thank you, Mendel!) paved way for tremendous development in medicine. Assessment of patients suffering from rare diseases is a multi-tier process which involves clinical evaluation, identification of known (or unknown) symptoms, detailed study of family history,  risk stratification, potential therapeutic strategies and management regimes. Genetic studies, when executed as a part of this procedure, provides valuable clues which lead to diagnostic confirmation. But this protocol is easier explained than done.

Genomics can help overcome many challenges faced by the medical community, such as those mentioned below.

What determines a child’s fate, once brought into this world? Maybe it is the hand that rocks the cradle (i.e, the all-powerful mother’s love) – but science disagrees. Both the parents pass on an everlasting legacy to the child, which is imprinted in every cell.  Is it safe to say that life’s journey is predetermined? We will leave that discussion to another time!

I am the family face;

Flesh perishes, I live on,

Through time to times anon,

And leaping from place to place

The years-heired feature that can

In curve and voice and eye

The eternal thing in man,

That heeds no call to die 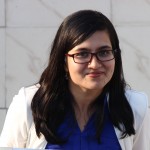 Rasika is the product specialist and scientific liaison for Mapmygenome’s personal genomics portfolio. With eight years of experience in sequencing, molecular biology, genetic data analysis and reporting, she currently works in the product team at Mapmygenome. Her key responsibilities include genomics product development, data curation, scientific content creation and management, data analysis and technical support for business development. Her key strength is a robust understanding of consumer genomics, including specialized areas such as pharmacogenomics, nutrigenomics and sports genomics. Rasika is also a certified group fitness trainer and Pilates (Balanced Body) Mat instructor.

← Previous Next →
3 Comment(s)
nainsi singh
life of the people in the village is different from the way of life of the metro or other cities. Even after industrialization rural livehood

Reply
nainsi singh
thanks forv shearing this blog whit us art skills like embroidery work and tailoring. But unfortunately, there is hardly any support for training with domestic work taking precedence

Reply
nainsi singh
thanks forv shearing this blog whit us art skills like embroidery work and tailoring. But unfortunately, there is hardly any support for training with domestic work taking precedence