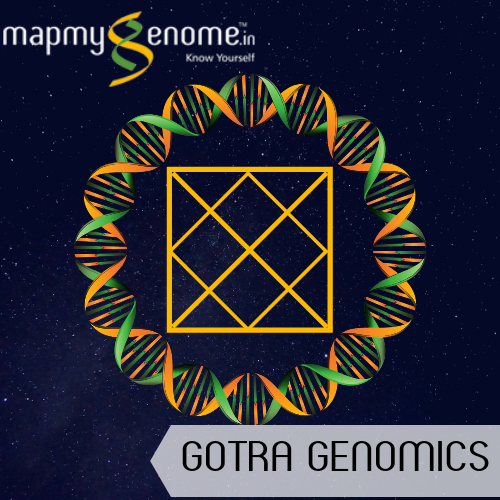 Gotra is now the talk of the town with political leaders using it all over the place. However, there may be something that we genomics folks can contribute to.

The etymology of the word “Gotra” comes from “Gau” meaning cow and “Trahi” that means shed. So essentially keeping all relatives of the same lineage together.

I am wondering if this is where the love for preserving cows started. I started to look at the genomes and similarities. The size of the bovine genome is 3 Gb (3 billion base pairs). It contains approximately 22,000 genes of which 14,000 are common to all mammalian species. Bovines share 80% of their genes with humans. Incidentally, cows are less similar to humans than rodents. Perhaps that’s why we have a temple for rats also. Cows also have about 1,000 genes that they share with dogs and rodents but not identified in humans. Maybe this is not important to you. Since we all share 50% of our genes with bananas, you can allow me to go bananas sometimes.

Gotra is typically the Y chromosome passed on in generations in genomics parlance. You inherit a gotra from your father and pass it on if you are male. Women first are born with the Gotra of their father and then she inherits her husband’s gotra. I have no idea what gotra divorced women or LGBT folks have.

Sadly in our patriarchal society, they did not look at the X chromosome mutations causing diseases, autosomes or mitochondrial genes passed on from mother to daughter, which is just as important when it comes to preserving the health of your lineage.

The Gotra system was brought about by the Brahmins. While it started with the original 8 rishis including the Saptarishis and Bhardwaj Rishi, today there are many more gotras and all of these can be traced back to these original 8 gotras. If they had DNA sequencing and analysis, then these gotras would have all gone all the way back to Africa.  But I forget, this was a construction of caste and specifically the Brahmin community and thus limited to India.

One of the reasons, I think our ancestors had an inkling about genetics was that persons from the same gotra were not allowed to marry which makes sense as it reduces the probability of them having the same mutations. However, I did hear that disciples of these rishis and sons who were adopted also continued the same gotra which may kill the argument that we knew all about carrier screening back then. But I prefer to give them the benefit of doubt.

What the ancient Rishis did not know then was about mitochondria and its importance.  Mitochondrial DNA (mtDNA) is genetic material found in mitochondria. It is passed down from mothers to both sons and daughters, but sons cannot pass along their mothers’ mtDNA to their children. This is because mtDNA is transmitted through the female egg.  You inherited your mtDNA exclusively from your mother. Examples of mitochondrial genetic defects include Leigh Syndrome, Neuropathy, ataxia, retinitis pigmentosa, and ptosis (NARP), and Diabetes mellitus and deafness (DAD).

There are also many disease conditions that are on the autosomes or X chromosome. So there is more to inbreeding and genetics and disease than just basing marriages on gotra exclusivity. Probabilistically speaking, they did reduce the chances, which I think was a good start.

If we wanted to truly prevent inbreeding and reduce chances of genetic disease in offspring, a comprehensive carrier screen would be the most ideal. At Mapmygenome we have BabyMap and MatchmyGenome to understand how the offspring may be affected and make informed decisions after genetic counselling. If you are someone who wants to know about prevention, we can advise you based on your Genomepatri.

Coming back to our politicians, I hope they focus on governance and following the Constitution of India. For knowing more about the constitution of our bodies and lineage and DNA in particular, Mapmygenome is here to help.