How Anu Acharya’s Mapmygenome is Decoding Genes for Healthier Lives 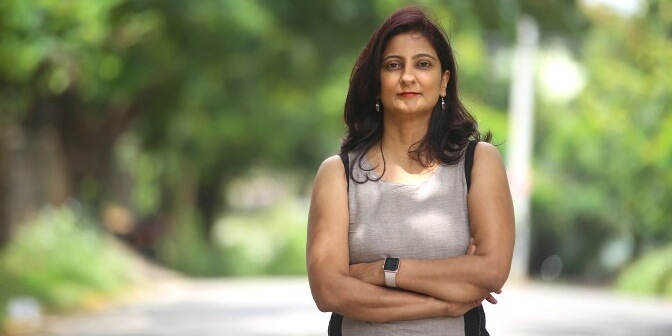 What’s that one thing that you never asked for but still got it and sometimes can’t be thankful enough for? While one might think of numerous answers but your genes are likely to top the list. Our genes, passed on from generations and mixed with new ones every now and then, are an important part of who we are. Your being, as well as your health, has a huge bearing on the kind of genes you inherited. Genomics, or the study of how genomes affect human development, is now being used to predict health hazards and flag any future health concerns.

In other words, genomics can also be described as a ‘kundali’ of your health, which is the idea behind Anu Acharya’s Mapmygenome. The company helps people identify inherited health risks and suggests them practical solutions based on personalized medicine. While scientists might fox you with their medical jargon, Acharya claims her company helps clients get healthier by decoding their genetic sequence.

Where it all started

Launched in 2013, Hyderabad-based Mapmygenome is Anu Acharya’s second startup which uses samples to analyse any genetic risks associated with a client’s genealogy. The company’s most popular product remains the ‘Genomepatri’, on the lines of ‘janampatri’, which uses a simple swab test to predict a possible genetic risk to over 100 plus diseases and medical conditions. These medical conditions ranging from diabetes to cancer to even drug resistance. Once the analysis is complete, a client undergoes genomic counseling and he or she is provided with an actionable plan for better health. Getting a Genomepatri also helps people to better assess any risks. Moreover, one can also get a better idea of what kind of treatment plan would suit them most and follow a personalized medical regime.

An alumna of Indian Institute of Technology-Kharagpur and University of Illinois, Acharya was recently featured in Forbes India’s ‘2018 W-Power Trailblazers’ list. But was the road to creating one of the most successful startups in genomics research easy? Certainly not, if you believe Acharya.

In an interview to Forbes India, the 46-year-old entrepreneur said there were initial challenges which did make her journey a difficult one. She says that genomics was a field which was difficult to comprehend for most people. Apart from that, being a woman she faced reservations from male investors too. Nevertheless, the company never looked back after securing $1.1 million pre-series A funding and then went on to bag investments worth $2 million in 2016. Another factor, which worked in the firm’s favour was the early bird advantage. Being one of the few companies to venture into the field of genomics research, the lack of competition helped Mapmygenome grow at its own pace. Cut to the present, the company has been clocking a compound annual growth rate of 84% in the last three years. In  2017, Mapmygenome earned Rs 6 crore in revenues and reported a negative EBITDA.

Mapmygenome plans to touch over 100 million lives by 2030. Moreover, the company caught the fancy of many A-list investors which include Tata Group founder Ratan Tata and managing director of Google India Rajan Anandan. Under Acharya’s leadership, Mapmygenome has entered into strategic partnerships with Reliance Jio, CallHealth and Gopichand Academy.