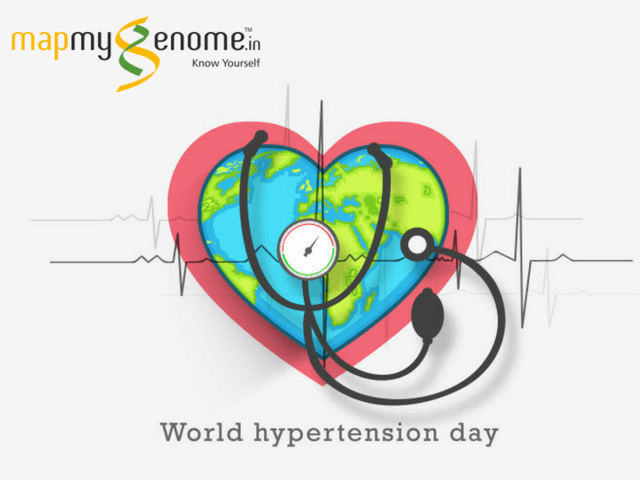 Gowtham is a senior executive in the marketing team in a reputed software company. At 42, he works 11 hours a day, and travels a lot. He eats out quite often and to burn calories, he spends at least 30 minutes a day on the treadmill. He was always worried about inheriting high blood pressure from his parents. In his 30s, he quit smoking and started trying to limit his salt intake. When we offered corporate discounts on Genomepatri for his organization, he decided to get his entire family tested – self, parents, spouse, and son. Our executive arranged for the sample collection and soon enough, the entire family received their Genomepatri reports.

Gowtham’s Genomepatri – the comprehensive analysis of his DNA for variants at specific locations – showed that he is at a higher risk for hypertension and glaucoma. The risk for type 2 diabetes is moderately high. His triglyceride levels and bad cholesterol levels were likely to be high. Another key finding was that he is a poor responder to the beta-blockers (a treatment option for hypertension) prescribed to his mother.

During the genetic counseling session, it was found that his results regarding hypertension and lipid profile were consistent with the findings from his annual health check.

Gowtham’s first concern was about hypertension. He wanted to know his risk and the available mitigation choices. Our genetic counselor spoke to him and his family, collected the health histories, and analyzed the details. There were some observations that she noticed:

After correlating the genetic findings with health history, our Genetic Counselor recommended: The Healthcare Provider and MedicaMap

During a session with the doctor who is handling his parents’ case, Gowtham was diagnosed with high blood pressure and beta blockers were recommended. When the doctor found out that Gowtham was a poor responder to some of the drugs from the genetic report, he decided to prescribe an alternative. The doctor was also interested in seeing the genetics-based drug responses for Gowtham’s parents. Recently, Gowtham decided to make use of our discount offer on MedicaMap for himself and his parents. After seeing the reports, the doctor confirmed that the findings matched with his observations regarding the treatment plan for his parents.

When they heard about the DASH diet, Mrs. Gowtham was intrigued and decided to consult our partner nutritionist for a diet plan that could be implemented easily. The DASH diet has been endorsed as effective in controlling blood pressures by the United States National Heart, Lung, and Blood Institute. According to their studies, the key to low blood pressures is a diet plan low in cholesterol, total fat, and saturated fat; rich in vegetable, fruits, and low fat milk and products; including whole grains, nuts, fish and poultry; reduced fats, sugars, and red meat. In addition to protein and fiber, essential minerals such as calcium, magnesium, and potassium are included.

In consultation with the genetic counselor, the nutrition expert worked on a plan that ensures adequate calories from the various sources mentioned in the guidelines. Modifications were made considering the family’s dietary preferences and the results from various nutrigenomic traits.

Gowtham decided to take up yoga. He found a personal instructor who would come home and teach the entire family. He slowly started increasing the treadmill time. Other changes included taking the stairs rather than the lift, walking breaks during the day, reduced television time, increased sleep time, etc. Within weeks, he noticed the differences in stress levels and their impact on his physical and emotional wellbeing.

Six months later, Gowtham is a healthier, happier person. He has learned to work smarter and spend more time with family. He is in touch with our Genetic Counselor, to whom he writes about any health related queries. This is what he has to say about his Genomepatri Experience:

Living with fear of disease is never good – Genomepatri helped me to get over this fear and to learn so many things about myself. It has been a journey of self-discovery and I’m a stronger person in body, mind, and spirit.

Dr. Risha Nahar Lulla, M.Sc (Glasgow, UK), PhD (Delhi, India), Principal Genetic Counselor and Pharmacogenomics Expert at Mapmygenome, is reputed to be India’s first Board Certified (Senior level) Genetics Counselor with over 10 years of experience in the field of medical genetics. She shares her expert’s view on hypertension risk and management choices.