Importance of routine tests and fetal medicine specialists during pregnancy 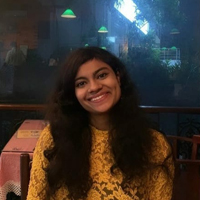 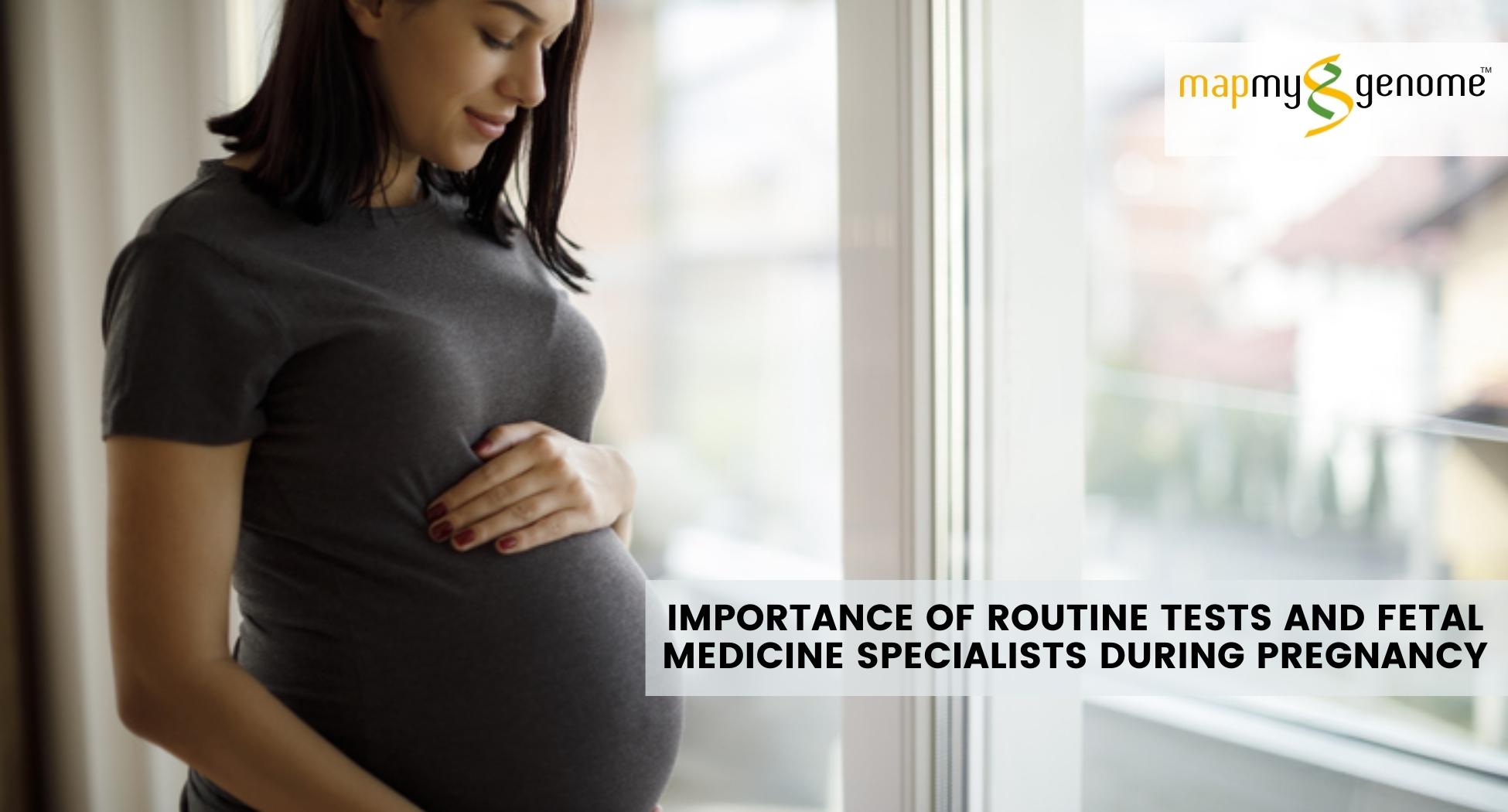 Pregnancy, also known as gestation, is a period in which a baby or fetus grows inside a woman’s uterus. The most common sign of a pregnancy is a missed period or menstruation cycle. A few women show other symptoms such as nausea, back pain, and weakness.

Who are Fetal Medicine Doctors?

What is the role of a Fetal Medicine Doctor?

The first testing to confirm a pregnancy is a simple urine pregnancy test using a kit at home or checking the Beta HCG levels in a lab. After this, a woman undergoes a Transvaginal scan, also known as a Dating scan, to check for the embryo's position. The doctor can identify whether the implantation has occurred and check for the fetal heartbeat through a transvaginal scan. This scan usually occurs between 4-6 weeks of gestation. 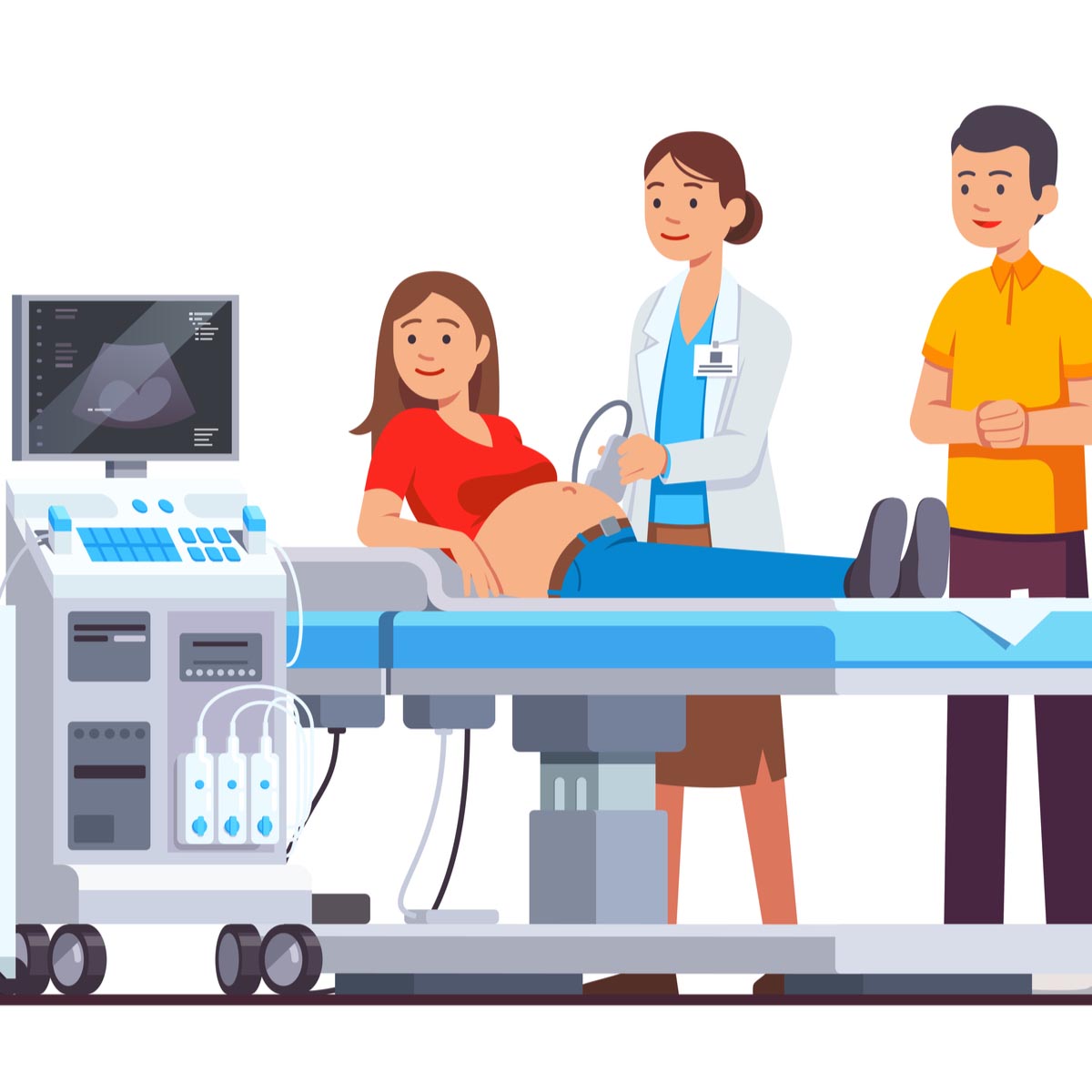 Let us now begin with Screening tests which are performed according to the gestation period.

Combined First Trimester Screening (NT scan and Double Marker):
Combined First Trimester Screening test measures the biochemical estimation of two parameters: pregnancy-associated plasma protein-A (PAPP-A) and Beta HCG, along with an ultrasound examination of Nuchal Translucency (NT). Based on the age and level of PAPP-A, Beta HCG, and NT, the risk is estimated using Astria or Lifecycle platforms. It is performed from 11-13.6 weeks of gestation. The sensitivity and specificity for this testing are 85-90%.

Quadruple marker Test:
A quadruple marker test is generally done between 15-18 weeks of gestation. The fetal medicine specialist usually checks four biomarkers. Alpha-fetoprotein (AFP), Human Chorionic Gonadotropin (HCG), Estriol (uE3), and Inhibin A. Based on the levels of these biomarkers, the test can help estimate the risk for Trisomy 13, 18, 21, and Neural Tube defects (NTD).

The above table represents the values of the biomarkers and their association with chromosomal aneuploidies and NTDs.

Targeted Imaging for Fetal Anomalies (TIFFA):
Every pregnant woman undergoes a detailed head-to-toe examination of the fetus around the 18th week. A fetal medicine specialist checks for structural abnormality in a fetus using an ultrasound. TIFFA scan is usually performed from 18-23 weeks of gestation. All major organs are visualized and examined in this scan. TIFFA can detect congenital anomalies like clubfoot, septum defects, movement of the fetus, etc.

If any of the tests mentioned above are high risk, invasive testing such as Chorionic Villus Sampling or Amniocentesis is offered to a patient.

Chorionic Villus sampling: It is an ultrasound-guided invasive procedure. A fetal medicine specialist takes a sample either from the cervix, known as transcervical or from the abdomen, known as transabdominal. It is performed from 10-12 weeks of gestation. Chorionic villus sampling can be used to detect chromosomal aneuploidies or for any single-gene disorders such as Thalassemia. The risk for miscarriage is about 1-2% as it is an invasive procedure.

Amniocentesis: Amniocentesis is an ultrasound-guided invasive procedure. A fetal medicine specialist first examines the position of the fetus using ultrasound, and about 20 ml of amniotic fluid is collected using a sterile syringe. Amniocentesis is performed from 16-18 weeks of gestation. The risk of miscarriage is 1-2%. 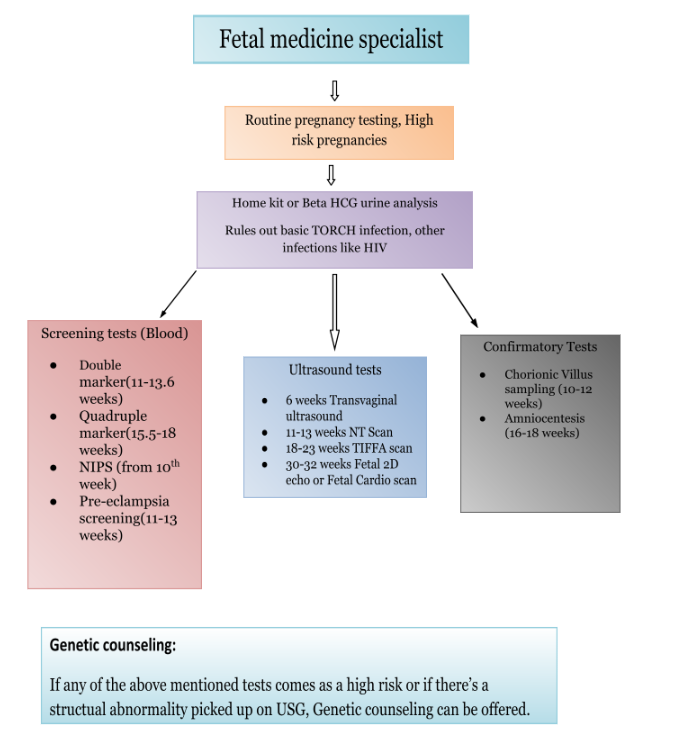 The above flow chart depicts various testings along with gestation periods.

Different testing options like Karyotyping, FISH, Microarray, exome sequencing, and MLPA may be offered to the patients.

Genetic counseling is a process of understanding the medical and family history of an individual or a couple. Genetic counseling plays a vital role in the branch of fetal medicine. They can provide counseling to patients with high-risk pregnancies for any chromosomal aneuploidy, family history of any autosomal recessive condition such as thalassemia, couples with recurrent pregnancy loss or secondary infertility, consanguinity, and an abnormal TIFFA scan.

A genetic counselor plays a significant role in fetal medicine set up to give accurate testing options followed by a risk assessment for the genetic disorders.

Talk to our Genetic Counselor to know more about Fetal Medicine

Vaishnavi Suresh is a Board Certified Level 2 Genetic counselor. She holds a Masters in Human Genetics and Molecular Biology from Bharathiar University, Coimbatore, further she has done a Specialization in Medical Genetics and Genetic Counseling from Kamineni. Having worked in a healthcare set up she is well experienced in Prenatal, Reproductive, Infertility, Pediatrics, New born, and Adult onset related counseling.