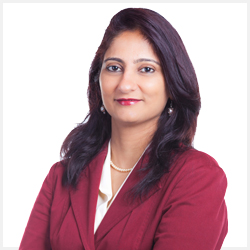 The company is also planning a new round of financing, and, with consent, banking its samples with the long-term goal of establishing an Indian biorepository.

CEO Anu Acharya provided GenomeWeb with an update on Mapmygenome during a recent visit to the firm’s headquarters in Hyderabad.

According to Acharya, Mapmygenome’s latest overture toward the sub-continent’s consumer genomics market is called Genomepatri Lite, and is targeted to customers who are not interested in obtaining all the information provided by its flagship Genomepatri test.

Launched in 2013, Genomepatri predicts genetic risk for 100 diseases, traits, drug responses, inherited conditions, and carrier statuses for a price of INR25,000 ($374). Customers who buy the test, which is run using Illumina arrays, obtain a health report as well as genetic counseling.

Acharya said that for INR14,999, customers can now buy half the information by purchasing Genomepatri Lite, which enables users to learn about their genetic predisposition to 50 physiological and lifestyle traits, health conditions, and inherited conditions.

“A lot of people didn’t want to know about certain types of cancers and neurological and psychiatric conditions,” said Acharya. “We created a base-level product that costs $199. It contains the most necessary information, things that are actionable, and then you can ask for more information, if you are interested.”

Product proliferation is a strategy for Mapmygenome, which is now heading into its third year of operations. In addition to its personal genomics Genomepatri and Genomepatri Lite tests, it also sells an INR2,000 test called SlimGene that it claims can help clients with weight management and weight loss, and another INR3,600 test it launched last year called Sugar Gene, which determines one’s genetic predisposition to type 2 diabetes. Both of those tests are run using Fluidigm technology, Acharya said. The company also sells dozens of other assays for personal genomics, brain wellness, molecular diagnostics, and forensics.

Acharya sees Mapmygenome’s growing test menu as something that distinguishes the firm in the consumer genomics market. “23andMe has one product,” she noted, referring to the Mountain View, California-based firm’s Personal Genome Service. “But we have also made smaller products that people can purchase based on their family history.”

And to support the growth of its test menu, as well as the sales and marketing resources necessary to reach more clients, Acharya said that the company will likely raise more money in coming months. Mapmygenome in March completed a pre-Series A financing round of $1.1 million. The funding allowed it to flesh out its management team, including the hiring of a Delhi-based president and chief medical officer.

“Delhi is a good market for us, we are getting a lot of new customers there,” said Acharya, noting that Mapmygenome is now operated from the Indian capital as well as Hyderabad.

Mapmygenome’s offerings could also be compared with those of Navigenics, the Foster City, California-based firm that introduced Health Compass in 2007 and was later acquired by Life Technologies, after which it ceased operations in 2012.

Like Mapmygenome, Navigenics’ test also had a specific health focus — Mapmygenome does not offer any ancestry information as part of its test — and, like Navigenics, Mapmygenome has sought to facilitate adoption of Genomepatri by engaging doctors and hospitals and by offering genetic counseling as a component of its service.

“We have made sure that for every test we offer, we will offer genetic counseling with it,” Acharya affirmed. “It’s a package.”

Mapmygenome has also sought to reach Indian customers via doctors. Acharya said that the company works with about 40 hospitals and health centers, while at the same time marketing the test directly to customers. She sees Genomepatri as a test that can quickly provide overburdened doctors with information about a patient’s genetic risks without compiling family histories.

“If you look at India today, doctors are so busy,” said Acharya. “They don’t have time for seeing you more than three minutes. We have a lot of contacts at hospitals and we are trying to tell the doctors that they are busy people, [so] we are helping them to collect family history.”

“I think the doctors like that,” she added. “We are not telling them that we know better. We are just providing them with another aspect.”

While some American consumer genomics companies, notably Navigenics, also tried to engage physicians to reach clients, a key difference between what Navigenics offered and Mapmygenome’s test is that Mapmygenome is operating in an Indian, not US, regulatory environment, one that Acharya portrayed as both supportive and uncertain.

“I think the regulatory environment is even more complex” in India than in the US, Acharya said. “This is new and likely to go through some changes,” she said. “The Ministry of Health has been very positive about what we are doing,” she added.

There are also other Indian consumer genomics companies playing in the same market. These include Indian Biosciences, Meragenome, Positive Bioscience, and Xcode Life Sciences. All of the services differ in what information is offered and what technology is employed, although the tests offered by all four include some kind of health component.

“Most of the Indian companies work on a smaller product offering around nutrition or are focused on diagnostic panels,” Acharya said of the firm’s rivals. “Mapmygenome does both diagnostic and predictive testing that covers the entire span of the genome,” she said.

Mapmygenome has its roots in Ocimum Biosolutions, the contract research services and laboratory information management systems provider that built its business in part on its acquisitions of MWG Biotech’s microarray assets in 2005 and Gene Logic’s genomics business in 2007.

“We followed a very unusual path,” said Acharya of her former company Ocimum, from which she stepped down as CEO in early 2013 to lead Mapmygenome full time. “We created a research service model that combined software, services, and everything else, and became an outsourcing partner.”

While Ocimum continues its operations, led by Subash Lingareddy, its CFO and Acharya’s husband, much of its current focus is on selling LIMS and informatics, while its lab is mainly engaged in processing Mapmygenome samples. Acharya said that part of the reason she founded Mapmygenome was to make better use of Ocimum’s resources, which until that time were devoted to serving the company’s pharmaceutical customers.

Ocimum was “very dependent on pharmaceutical research budgets,” said Acharya. “We wanted to take what we could do in genomics and actually use it in a way that would be impactful,” she said. “It was a real business decision — we had technology that could be scaled, and we were looking for something that could be scaled and not be dependent on somebody else’s R&D budget, doing work for somebody else.”

Yet it has been Ocimum’s resources — notably the databases it gained through its acquisition of Gene Logic — that have allowed it not only to build a scalable consumer genomics business, but to bank and manage its samples as part of a bid to develop a biorepository focused on Indian populations.

“I think there are very few companies that have all the resources to build this kind of database — the technology, the software, and we have BioExpress,” she said, referring to Gene Logic’s gene expression database, which contains more than 22,000 clinically defined tissue, blood, and cell samples from human studies and animal models.

Mapmygenome hopes to pool those resources as it strives to generate its own biobank representative of India’s population of 1.3 billion, one that includes about 2,000 ethnic groups and four major language families, yet to date has not been well characterized, Acharya claimed. “The government still doesn’t sponsor large-scale studies,” said Acharya. “We have the potential to have a much larger coverage of the Indian genome.”

She noted that the data Mapmygenome will collect will be solely generated by the Illumina whole-genome SNP arrays employed in its Genomepatri and Genomepatri Lite tests.

To build such a database though, Mapmygenome will need to reach more customers via advertising and hospital contacts, both of which will require it raise more capital.

“Currently, the number of tests we offer is limited primarily in terms of sales and marketing,” said Acharya. “We want to be able to get enough samples so that the Indian data will be better understood,” she said. “Our vision is to impact more than a 100 million lives and create a database of a million Indian samples.”