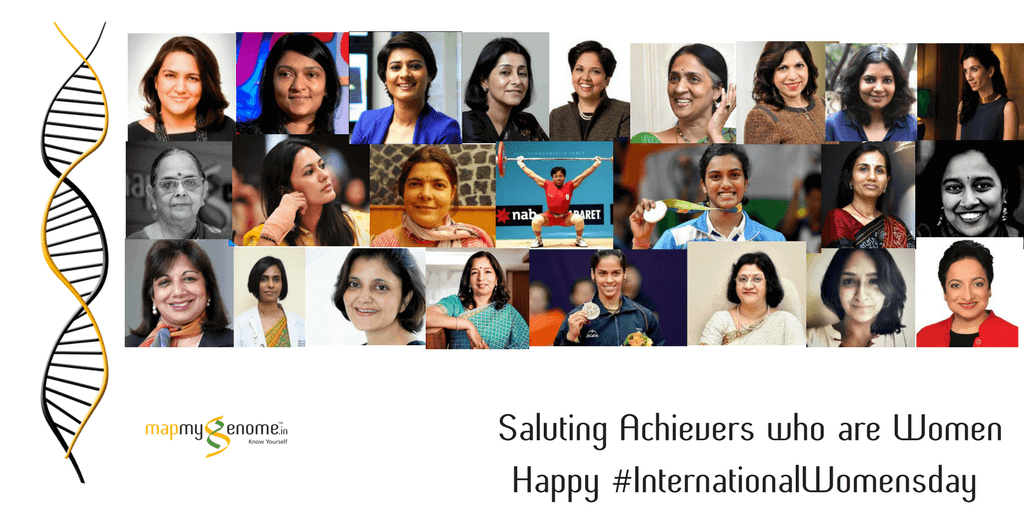 Life starts with the mother. Responsibilities are shared with a sister. One becomes a man with a wife, a parent with a daughter, and a doting grandfather with a granddaughter. Women are involved in every step of the way – every aspect of life, in one form or the other. There is a day dedicated to honour and commemorate their hard work, selflessness and wondrous multi-tasking abilities.

Are women restricted to the maternal role today? Absolutely not. No profession or role can be claimed as “women only” in the Twenty-First century. They are mommies, sisters and aunts but entrepreneurs, doctors, chefs, and engineers too! They are the backbone of their families and take the same role in the profession they join in. Working in a pressurized environment with strict deadlines, multi tasking, planning and management comes naturally. This is simply not a job qualification but a necessity in a woman’s life. Adaptability is an added asset from marriage. With women making news headlines all over the globe, it is nearly impossible to name a few accomplished ones. We have tried to list a few from India:

Kalpana Chawla: The first Indian woman to go to space.

P.V. Sindhu: At the 2016 Summer Olympics, she became the first Indian woman to win an Olympic silver medal!

Chanda Kochhar: ICICI Bank CEO, recently made it to the Fortune list of 25 most powerful women in the Asia-Pacific region!

Reena Kaushal Dharmshaktu: Delhi-based outdoor instructor became the first woman to reach the southernmost tip of the word, the South Pole, all in 38 days.

Dr. Manjula Anagani, MD, FICOG: She is the Head of the Department, Chief Gynaecologist, Obstetrician, Infertility Specility and Laparoscopic Surgeon at Maxcure Hospitals, Hyderabad. She pioneered the art of Laparoscopy in late 1990s. She is a Co-founder of Prathyusha Support, an NGO for women’s empowerment.

Kunjarani Devi: The first woman to win the Arjuna award in 1990. She also shared the Rajiv Gandhi Khel Ratna award with Leander Paes in 1996-1997.

Naina Lal Kidwai: When the Group General Manager and Country Head of HSBC India took over as the new President of the Federation of Indian Chambers of Commerce and Industry (FICCI) in December 2012, she became the first woman to head the leading industry body.

Dr. Radha Rama Devi: A pioneer in the field of genetics, she has been instrumental in setting up the first Newborn Screening for preventable causes of Mental retardation in India and published the first data on the prevalence of these disorders in the Indian population.

Indra Nooyi: She is the chairperson and CEO of the second largest food and beverage business in the world, Pepsi co. Also named as the third most powerful women in business by Fortune in 2014.

Saina Nehwal: She won India its third medal at the London Olympics and the first ever in badminton; and is currently the second best badminton player in the world!

Kiran Mazumdar Shaw: She started the company to make industrial enzymes in her garage in 1978, with seed capital of Rs 10,000. Today Biocon is Asia’s largest biopharma concern, worth $566 million.

Shikha Sharma: The Managing Director and CEO of Axis Bank is a three-decade veteran of Indian banking and one of only two women to run a private bank in India.

Kumud Srinivasan: In January 2013, she was appointed the first woman president of the $54 billion computer chip maker Intel Corp. in India.

Hemalatha Annamalai: Founder & CEO of Ampere Vehicles, one of the largest electrical vehicle manufacturers in India.

Dr. Ruchi Dass: Entrepreneur, Physician, Scientist, Digital Health enthusiast, Managing Director @ Healthcursor Consulting Group. She was recently recognized by honorable President of India as the BEST Healthcare ICT expert in the country as he unveiled her report on “Innovations in Healthcare”.

Arundhati Bhattacharya: An Indian banker, was the first woman to become the chairperson of the State Bank of India (SBI). She has also been featured in the Forbes Most Powerful Women list.

Mahima Datla: Managing Director of Biological E. Limited since April 2013, she has played a vital role in expanding the vaccine business and serves on the Board of GAVI (Global Alliance for Vaccines and Immunization).

Radhika Ghai Aggarwal: CBO and Co-founder of ShopClues, she started in 2011 with a 10-member team, which has today raised $100 million in funding in a Series E round and joined the Indian unicorn club.

Sanaya Mehta Vyas: Director of One Ad Display Pvt Ltd & Selvel Next, a national outdoor company that traces its roots back to 1945! Selvel One has played a significant role in the launch of India’s major brands directly / through agency/ media buying house. Among the first in India to collaborate with State Governments, Municipalities, Panchayats for various Infrastructural development projects.

Shradha Sharma: Founder and chief editor of YourStory.  Shradha lives her life in stories. And believes, every story is unique and every story matters. A special mention of HerStory where they showcase women entrepreneurs and much more.

Lakshmi Pratury: Founder, Host and Curator for INKtalks. Lakshmi has inspired many to tell their stories on an amazing platform.

Shamina Singh: President of Mastercard center for inclusive growth. Shamina has spent her career building connections across the public, private and non-profit sectors to deliver strategies that contribute positively to the global economy

The list is endless… there are no major sectors that do not have female representation in their senior management teams. Wonder Women are truly everywhere today!

So, what is it that keeps them going? Balancing home, children, spouse, family and work can take its toll. How can one do all of it and still keep going without heavenly ambrosia or elixir of life? With the surge in personal wellness, these Divas must also be on their toes. They don’t just plan a routine hospital check up. They went one step ahead – got our flagship product and are well acquainted with their health risks. We asked some of our female clientele and here is what the leading ladies, who got genetically tested  have to say…

What can be done for preventive health?

“For the importance of preventive health: It cannot be overstated enough to take the necessary steps now to stay healthy in the future. Such as daily exercise and healthy eating. You can never be too young to start or to educate your children. My 11 year old now uses a Fitbit to make sure she maximizes taking care of herself as she goes into the puberty years and her growth spurt where taking care of her body to the best of her ability is not an option. Her bones need to be nourished, protein and fiber to optimize her growth. Lots of rest. Hydration is key with water. Cardio for her heart and blood flow.” – Sarah Dhar, Former Spin Instructor, Budding Entrepreneur

Why is a woman’s health so important? What role does Mapmygenome play in it?

“In my role as CEO of Koru Kids, I see the impact of sickness on families every day. Mothers are usually the glue that holds a family together, so when a mother is sick, it impacts the whole family! International Women’s Day is a great time to celebrate the role that innovative companies like Mapmygenome play in helping us all get well and stay well.” – Rachel Carrell (UK), CEO, Koru Kids.

How did genetic testing specifically help you? What test would you recommend to your fellow women?

“Your eyes can’t see what your brain doesn’t know. When you know, you can do so much better. Mapmygenome provided me with great insights regarding my strengths and weakness that helped me plan my diet, my fitness plan and helped me focus on areas which I was neglecting. I feel so much better. ROI on such an intervention can only be felt and is priceless. I highly recommend Genomepatri.” – Dr. Ruchi Dass, Entrepreneur, Physician, Scientist, Digital Health Enthusiast, Managing Director @ Healthcursor Consulting Group

How important is preventive healthcare? How did it help you?

“Nothing impacts a child’s survival more than immunization and our company Biological-E is in the business of prevention so they can get a healthy start to their lives. Mapmygenome continues on the theme of prevention, and I wanted to ensure that I did that for myself to lead a better, healthier life by gaining insights into my DNA.” – Mahima Datla, Managing Director at Biological E. LTD.

How did being forewarned help you?

“Mapmygenome forces you to think about sickness but only so that you can be forewarned and better prepared for the future. Knowing what to watch out for makes all the difference. You can react faster and live a fuller life.” – Sanaya Mehta Vyas, Director of One Ad Display Pvt Ltd & SelvelNext.

What’s your perspective on emotional health? Is it important for a woman?

“In the words of Michelle Obama:

Being a healthy woman isn’t just about getting on a scale and measuring your waistline. We need to start focusing on what matters – on how we feel, and how we feel about ourselves.

Progress over the years…

Gone are the days when women had to prove their worth in gold by giving birth to sons – heirs to the lineage. A daughter is the gold that some families boast about today. Sex determination has been banned and is an offence punishable by law in all hospitals. Women’s literacy has gone up in numbers with scores becoming doctors, engineers and even renowned entrepreneurs.  This is a big step for a country that was known for child marriage, prostitution, human trafficking, and female foeticide. Special attention and consideration is being given to sex education of younger female kids and general awareness is being created for hygiene and sanitation. India is simply not celebrating an event today, but honoring the divine spirit, one that is vital for this nation’s progress and survival! Our contribution to this noble day…

As a personalized genomics company, our unique prognostic tests give valuable insights not only into one’s genetic makeup, but also into health risks in future. As more mothers become involved in the professional world and daughters seek higher education, we are taking their personal fitness and wellness a notch higher by introducing them to predictive and preventive genetic testing.

Babymap: Carrier screening which provides information regarding your newborn’s risks for developing genetic conditions and recommendations to keep the conditions under check.

BRCAmap: Breast cancer is one of the most dreadful conditions to affect many women globally. It accounts for approximately 25% of all cancers diagnosed in women. Advanced genetic tests like BRCA 1 & 2 full gene testing can help in detecting the onset of this disease early. This test uses a simple blood sample to identify mutations in breast cancer susceptibility genes BRCA1 and BRCA2.

You have to be well prepared and strong if nations across the world depend on you! 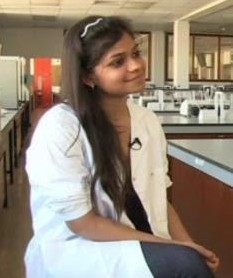 Dr. Pallavi Jain is part of the Scientific Team at Mapmygenome. She has a Bachelors Degree in Biochemistry with Genetics and a PhD in Molecular Medicine (UK). She recently completed an intensive course in IVF from Origio, Mumbai. She enjoys swimming and reading.