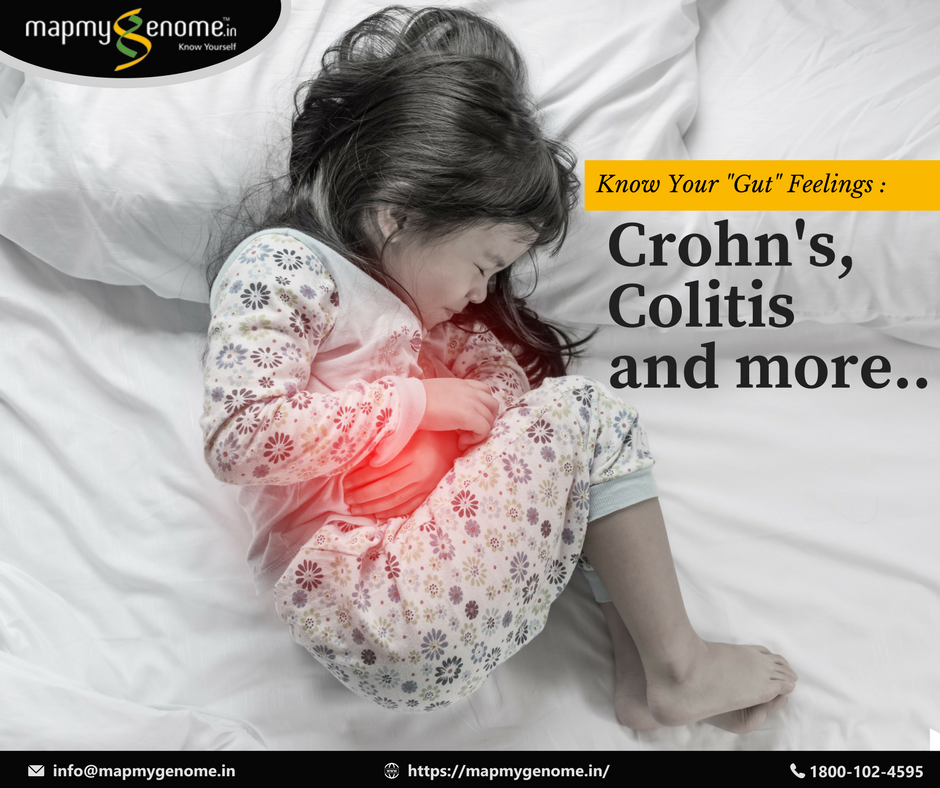 For most people, the day begins with a personal hygiene routine. As children, we are taught to follow and maintain good hygiene practices, so much so that a miss in even one step can be a lingering bother throughout the day. Very often, the ‘missed step’ is emptying of the bowels. A slight shift in this habit is very discomforting.

Our diet, exercise and lifestyle habits along with the environmental factors regulate our digestive health. Sometimes, some food we eat does not agree with our system and the next day is spent enduring stomach pain, abdominal cramps and repeated visits to the bathroom. While this lasts for a few days in such situations, sometimes, this situation lasts for more than a few weeks and can mean inflammatory bowel disease (IBD). IBD is a general term used to describe the inflammation of the digestive tract and is of two kinds- Crohn’s disease and ulcerative colitis (UC). Often used interchangeably, these two conditions do share symptoms, but have distinguishing features that separate one from the other.

Although considered an early-onset condition, IBD can also be diagnosed in older people and may run in families. With globalisation and industrialisation, the global burden of IBD is high, with prevalence more than 0.3% [1], compelling deeper exploration into its mechanisms.

What are the differences and commonalities between the two?

Crohn’s disease and ulcerative colitis share a common set of symptoms and hence can often be tricky to diagnose correctly. The common symptoms include diarrhoea, constipation, an unsatisfactory bowel movement, urgency in bowel movement, bleeding from the rectum, cramps in the stomach, fatigue, weight loss, decrease in appetite, fever, night sweats and sometimes, in case of women, missing of period. Of course, these symptoms do not appear all together and may alternate between flares (symptoms worsen) and remission (symptoms alleviate).

The differences between the two conditions can be segregated into three categories:

What are the causes and risk factors?

The exact cause of both types of IBD is not yet understood. Previously, the roles of diet and stress factors were contemplated; however, experts believe that these can aggravate the condition but not be causative agents.

A likely culprit could be the immune response of the body which, while trying to attack a microorganism can trigger an abnormal immune response in the intestines, causing either of the types of IBD. Another factor instrumental in IBD is the heredity of the person.

What diagnostics are involved?

Blood test for anaemia or infection and faecal occult blood test are recommended, along with detection of pANCA (perinuclear anti-neutrophil antibodies) or ASCA (anti-Saccharomyces cerevisiae antibody) in the blood. Crohn’s disease shows the presence of ASCA, while UC is characterised by pANCA. These antibody detection blood tests are not confirmatory. A definite diagnosis requires tests, scans and imaging techniques like X-rays (contrast or normal), endoscopy, colonoscopy, CT scans, and MRI to visualise different parts of the digestive tract. What treatments are administered?

The treatments have two goals:

IBD treatment involves the administration of drugs or surgical removal of the affected area.

Drug therapy includes anti-inflammatory drugs, immune-system suppressors, antibiotics and other medications such as anti-diarrhoea and pain relief medicines along with iron, calcium and vitamin D supplements. Lifestyle changes, diet modifications, smoking cessation, and stress management are recommended along with the drug therapy.

Surgery is the last option here. If everything else fails, surgery may be done to remove the diseased part. Surgery in UC patients means removing almost the entire colon. In such cases, it involves a procedure called an ileal pouch anal anastomosis. A pouch is created from the small intestine and attached to the anus for almost normal expulsion of waste. Surgery almost eliminates UC. Patients with Crohn’s disease may have to undergo the surgical procedure at least once in their life. Even if it does not cure the disease, surgery can remove the inflamed parts. It is a temporary option for Crohn’s disease patients and they often experience a recurrence, mostly near the connected parts of the healthy tissue. However, if surgery is followed by drug therapy, this can be avoided.

It runs in the families.

While it is true that IBD runs in families, presence of the gene mutation does not mean that occurrence of either of the IBD diseases is inevitable. An individual may develop the disease or may remain perfectly healthy. A genome-wide analysis revealed 163 possible gene loci for IBD and a trans-ethnic analysis recognized 38 additional ones [2]. Variants in NOD2, IRGM, ATG16L1, IL23R and PTPN2 genes have been identified in relation to Crohn’s disease development [2]. A recent study conducted in the UK unveiled ADCY7 gene variant responsible for UC [3]. However, further research into this aspect is required for experts to design targeted therapy.

Genetic risk for IBD can be determined in healthy/asymptomatic individuals through personal genomics services such as Genomepatri. Should you have an increased genetic risk for UC or Crohn’s, there are steps you can take today to help mitigate this risk and start your journey down a path that doesn’t lead to a difficult shitty situation (just saying).

Diagnostic tests such as Whole Exome Sequencing, Whole genome sequencing and specific gene panels (specialized tests) can help one get answers pertaining to the genetic cause, effect and inheritance of IBD.

The first week of December is observed as the Crohn’s and Colitis awareness week. This week is dedicated towards creating awareness regarding the diseases and most importantly, highlighting the differences between the two. Organisations and professionals from all over the world strive to make the public aware of IBD and its effects. You can contribute by participating and volunteering in various awareness programmes or if you have gone through IBD, by sharing your experiences and encouraging others to talk about this freely.

IBD can be quite embarrassing, especially for teens. The fear of being judged can put them down more than anything at that age. As family, you can encourage them to talk openly about it and tell them that it is nothing to be ashamed about. Of course, talk to the doctor and other experts for home remedies that can hasten the process of healing, both, physically and emotionally.