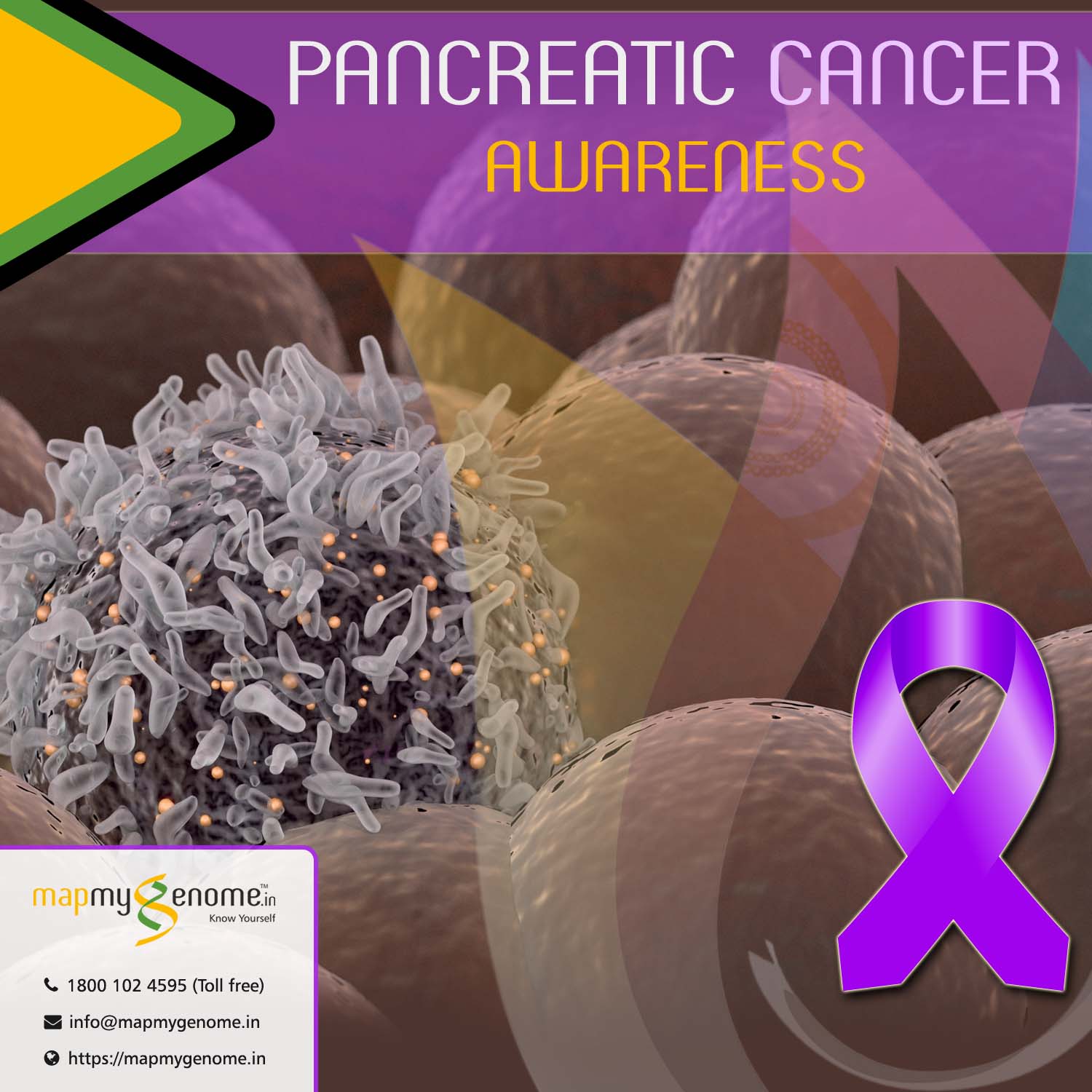 Best known for its vital role in producing insulin and controlling glucose metabolism, the pancreas also plays an important role in the digestion process. Lodged behind the stomach, this inverted pear- shaped organ lies close to other organs of the digestive system like the small intestine and bile ducts. Like all major organs of the body, the pancreas, unfortunately, is also susceptible to cancer.

Labelled as one of the most lethal cancers, pancreatic cancer has been reported to cause more than 331,000 deaths every year [1]. It is very saddening to know that the five-year survival rate is less than 5%. Pancreatic cancer has been dubbed the seventh most leading cause of death among men and women together. However, men are found to more susceptible to this disease than women and therefore the number of deaths in men are more than in women.

What causes pancreatic cancer? How can it be prevented?

Cancer is defined as an uncontrolled growth of normal cells. Thus, pancreatic cancer originates due to a ‘frenzied’ multiplication of the healthy pancreatic cells. Perceptibly, the precise risk factors of pancreatic cancer are poorly understood. This is the case with any form of cancer. However, some settings can prove to be contributing in the appearance of cancer. These include –

Obviously, to reduce the chances of developing this cancer, leading a healthy, habit- free lifestyle (the bad ones obviously!)  and going in for regular check- ups in case of a family history can send a warning sign, soon enough to spot abnormalities.

What are the types of pancreatic cancer?

Also known as pancreatic neuroendocrine tumours (NETs), endocrine pancreatic cancers are an uncommon variety and can either be benign or malignant. Since they look very similar in morphology, the malignant ones are only diagnosed once they proliferate and move out of the pancreas. For them to cause physical symptoms, NETs produce hormones and release them into the blood. These are known as functioning NETs and comprise of different types, designated on the basis of the hormone produced. The non- functioning NETs, as is evident from the term, fail to produce detectable hormone levels and hence go unnoticed, till the time they have progressed to a very high stage. Notorious as a ‘silent killer’, pancreatic cancer can go undiagnosed for quite some time as it goes unnoticed due to lack of physical symptoms. In the initial stages, it grows painlessly. Only after it has spread out of the pancreas does it display symptoms.

Since adenocarcinomas predominate the type, it encompasses a myriad of symptoms that manifest themselves in different parts of the body. Now, depending on the ‘part’ of the pancreas where cancer originates, symptoms include weight loss, jaundice, back pain, abdominal pain, nausea, vomiting, dark urine, light- coloured stools, enlarged lymph nodes in the neck and even itching.

The pancreas is located in very close vicinity to the small intestine and bile ducts and hence is known to elicit symptoms related to the gastrointestinal tract that cover indications like abdominal pain, diarrhoea, nausea, bloating and light- coloured stools. Hints can also be read from general symptoms of loss of appetite, weight loss and at times, high blood sugar levels.

Pancreatic cancer of the endocrine type can paint a completely different picture. Depending on the type of cancer, symptoms may involve anything as basic as nausea and vomiting to something more complex like stomach ulcers that do not heal easily and low blood sugar.

The ambiguity of symptoms makes it very difficult to diagnose these cancers at the early stages. Nonetheless, persistent jaundice, dark urine, pale stools, loss of appetite and weight loss should be followed by a prompt visit to the doctor.

What are the stages of pancreatic cancer?

Like most cancers, pancreatic cancer too is staged from stages I to IV, with sub- stage in each. Stage I refers to the cancer restricted to its point of origin in pancreas. Stage II is said to occur when it has spread to the surrounding tissues, organs and/ or lymph nodes. Stage III is when the cancer has advanced to the nearby blood vessels and lymph nodes. Stage IV is the final stage, in which the cancer metastasized to other parts of the body. There exists a Stage 0 in pancreatic cancer, where the cancer is formed only in the lining of the ducts.

What diagnostic methods are followed?

Diagnosis of pancreatic cancer involves a combination of tests, scans and imaging techniques. Blood tests, imaging tests like CT, MRI and PET scans and even biopsies are recommended in suspected cases of pancreatic cancer. Through these tests if the cancer is confirmed, it is then ‘staged’ to categorise it into one of the four stages. The stage of the cancer is then used to design and determine the types of treatments to be administered.

How is pancreatic cancer treated?

Cancers are treated based on their stage and metastasis. In general, treatment comprises of a combination or individual administration of chemotherapy, radiotherapy and/ or surgery. Of course, depending on the cancer, a team of experts decide the best suitable grouping.

In case of pancreatic cancer as well any of the aforementioned treatments can be implemented. Stages I and II pancreatic cancers are treated through surgical removal of the cancerous part of pancreas. Stages III and IV involve a combination of radiotherapy and chemotherapy, aimed to alleviate the discomfort and pain, rather than cure cancer.

Due to its rapid progression, absence of symptoms and late confirmatory diagnosis, screening high- risk individuals for mutations in the involved genes can lead to early prognosis. Genes implicated include BRCA2, PALB2 and ATM and in specific populations, CDKN2A [2]. These screening tests should be done after consultation with a doctor.

Screening strategies are multidimensional and may include one, or more, of the following:

Every year, November is celebrated as the “pancreatic awareness month”, where time and resources are directed towards creating awareness about the disease. Cancer is a complicated disease and can affect any organ of the body. And yet even with its widespread nature and severity, the general populace has very little knowledge about it. Thus, as responsible fellow beings, we can definitely strive to spread the word and conduct awareness seminars, debates and lectures. Even a small attempt can help into saving a life.

Cancer is a severe disease that is difficult to manage and treat. Not only does it deteriorate the physical health, but also takes a toll on the mental and emotional well- being of the patient. Leading a healthy life, eating a healthy diet, keeping a positive mental attitude, getting regular check ups in case of appearance of symptoms, being aware of family history and informed counseling is key to keeping cancers at bay.