Polycystic Ovary Syndrome – Too many Eggs spoil the basket! 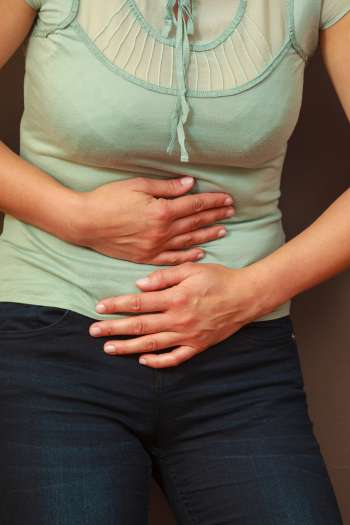 Polycystic Ovary Syndrome or PCOS is an extremely common disorder today, highly prevalent in women of reproductive age. Affecting 4-12% of the worldwide adolescent age group of girls, the consistent progress of this endocrinopathy has made it an avid topic of scientific research. Since its discovery by Stein and Leventhal in 1935, extensive work has been conducted to study its occurrence, working mechanism and early onset.

Certain symptoms that  are now considered ‘typical’ of  –  this syndrome are-

Hyperandrogenism or Hirsutism results from a diffused enzyme related hyperactivity at the theca cell level. Anovulation is due to an
impairment of the selection of a dominant follicle, while the number of smaller follicles is distorted. The  irregular cycles and other side effects are a result of the excess androgen production (Hyperandrogenism) in females.

The disorder has been divided into several categories and researched upon women of several ethnicities as well. Dewailly, 2000 reported that PCOS could be clinically classified into three forms: the classic PCOS (where the regular symptoms occur), the non classic  and the asymptomatic, all studied by ultrasonography. The only confirmatory  factor taken into consideration was the increased ovarian volume or surface (>11mL and > 5.5sq.cm), as a specific sign of PCOS. Studies highlighting the impact of ethnicity in PCOS have considered the metabolic aspects of this syndrome, including insulin resistance, glucose intolerance, lipid abnormalities, and heart diseases. Williamson, 1995 reported that PCOS women of different ethnicity revealed different clinical manifestations.

As the number of symptoms and cases increased, the scientists had to resort  to genomics to understand this disorder better. Recent study conducted by Matthew Solovay  (March, 2014) identifies  a variant called DENND1A.V2 of the DENND1A gene to be a crucial factor of excess androgen production in the theca cells. The Northwestern University identified 11 PCOS susceptibility regions (August, 2015) of the genome in women of Chinese origin. The regions include the genes for the receptors for the  LH and FSH. Although the role of genetic factors in PCOS is strongly supported, the genes that are involved have not been fully investigated. Also, factors like lifestyle, heredity, environmental contribution in their expression, etc., remain poorly understood.

The diversity exhibited by this disorder adds to the aura of its enigmatic prevalence, which concerns thousands of infertile women worldwide. Medication is available to balance the hormonal levels; however, ‘awareness’ and ‘genetic tests’ to detect your personal risk of acquiring this syndrome are a bare necessity today. A healthy pregnancy is every woman’s dream, and being a mother – a natural blessing; we must be proactive to attain our desires and boons in this dynamically changing world.