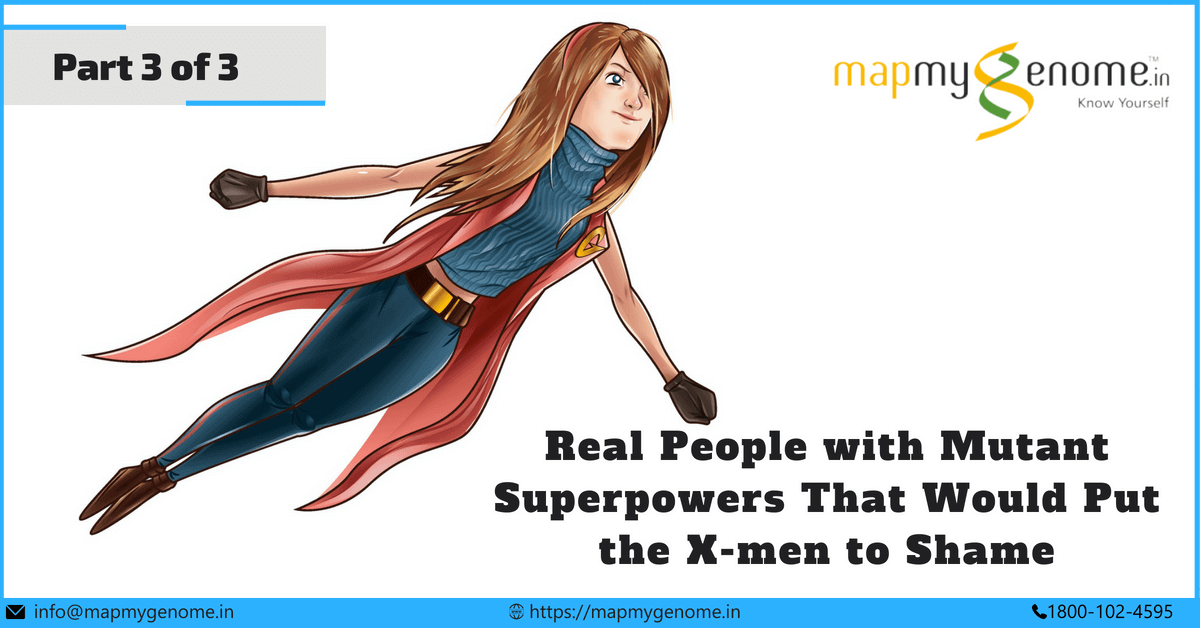 …AND we continue where we left off. What? You haven’t read the first and second parta? Oh c’mon! They were awesome! Okay read Part 1 and Part 2, and then come back. We’ll wait…go on..

AHA! You’re back! So yeah…continuing where we left off… here are a few more Genetic superheroes! (Trust me, you don’t want to miss the last one here!…or the one just before that!) I like Ozzy Osbourne. But I’d be lying if I said I never really sat down and wondered…How the hell is he still alive?!?!? By his own admission, he has drank, injected, smoked, popped, snorted…every possible substance in the world … copious amounts thereof … repeatedly … for yeeeaaarrrsss!!! How is he still alive when most of his “colleagues” having similar interests have eulogies being written for them since time immemorial?!

Okay…really hang on to your seats for this. If you are a light drinker who gets a terrible hangover every time you pick up that third goblet of merlot … stop reading NOW. This could get depressing for you.

The answer to Ozzy surviving his manic lifestyle could be – He’s got mutant superpowers for partying!! Back in 2010, Ozzy got his genome sequenced, leaving scientists puzzled! They found several variants in his genome, unsurprisingly in the regions associated with alcoholism and metabolism of methamphetamines and other recreational drugs — variants they had “never seen before”. Turns out — his body metabolises, absorbs, and clears alcohol and drugs from his system in a manner so efficient, he could turn vegan and live on cannabis for the rest of his life, while us lesser mortals keep stocking our medicine cabinet with hangover pills and pledging to “stop at 2 drinks” for the remainder of our sad sad lives. …well not really. 8 hours of sleep each night is a must for a healthy life. We’ve all grown up hearing this. Truth be told, I for one feel way too restless lying down for more than 5 hours, unless I’m exhausted beyond belief (you know…following a heated argument with my doesn’t-forget-a-thing mutant girlfriend). Turns out, this 8 hour rule isn’t for everyone. Each person requires different amounts of zzzzzzz time – some more, some less. And this is partly determined by one’s genetics.

Take this mother-daughter duo for example, who stumped sleep-study researchers in UC San Francisco, when it was discovered that they slept for just about an hour or two every day – and were just as refreshed thereafter as an average Joe is after he completes his 8 hour journey through dreamland. It was found that these two had a mutation in their DEC2 gene, which is associated with the body’s circadian rhythm, making them “short-sleepers”. These people (about 5% of the population) need waaayyyyyy less sleep than the average humans.

Now this is one very very useful superpower if you think about it. If you every wish to become a crime fighting vigilante, patrolling the rooftops of Gotham (or wherever you dwell) at night to ensure law and order, it would be rather funny if you were found snoring away on some ledge every other night. Crime doesn’t sleep…neither do these Mutants. (I think I found one trait to keep for creating a super army!!) Remember that scene in The Dark Knight Rises when Bane breaks Batman’s back as easily as snapping a twig, causing the city to descend into anarchy in the absence of the Dark Knight? Well…Bruce Wayne wouldn’t have had to endure that, if only he was somehow related to this unnamed family in Connecticut who possess a mutation in their DNA that makes their bones UNBREAKABLE!!!

You read that right! Members of this family carry a genetic mutation that causes high bone density, by disrupting the Wnt signaling pathway and increasing the function of the LRP5 gene. This leads to….do you really care!? Long story short – their bones are so so dense, that they are practically unbreakable!!

Downside to this? While they would make killer superheroes – they probably won’t be able to fly with such dense bones (Oh no!), and forget beating Aquaman on his turf. They sink like stones every time they try to swim! Still dude…Unbreakable bones! Hot damn!

The mutation Charlie Sheen’s “girlfriends” wish they had! By now you can probably make a rather educated guess about what this super power might be.

Stephen Crohn. The man who Hi-”V”ed HIV (geddit? geddit?). Back in the 1970s, a virus ravaged the gay community – one that claimed many lives – one that latter got dubbed as HIV. Enter Stephen Crohn, the one man who managed to never get sick, even though his boyfriends, acquaintances, flings, paramours, and other members of the same persuasion around him succumbed to this then-mysterious ailment.

It was discovered that he carried a “delta 32 mutation”. The superpower that came with it? His CD4 white blood cells were immune to HIV. THIS MAN WAS IMMUNE TO HIV!!! What a mutant!

…One bonus entry. Ok…this may take us from the Superhero to the Supervillain domain…

Catch me if you can The ultimate superpower for any wanna be super criminals reading this! There are some mutants amongst us who have a rare condition, hilariously dubbed “Immigration delay disease”.

Adermatoglyphia is a genetic condition that causes the mutants carrying it to have NO fingerprints! While this is certainly at the epitome of must-have-superpowers for all aspiring criminals out there, it comes with its fair share of problems too. Try clearing immigration and you’ll know what I’m talking about! Well good news is, if you are mutant with no fingerprints, you can still buy an iPhone, now that the fingerprint sensor is gone! Oh wait…if you really are a fingerprint-deprived mutant, why would you BUY an iPhone? ?

I’d still kill for retractable adamantium claws and regenerative capabilities like Wolverine. Guess I just need to wait another million years or so for evolution to make that possible…oh and win the genetic lottery too!