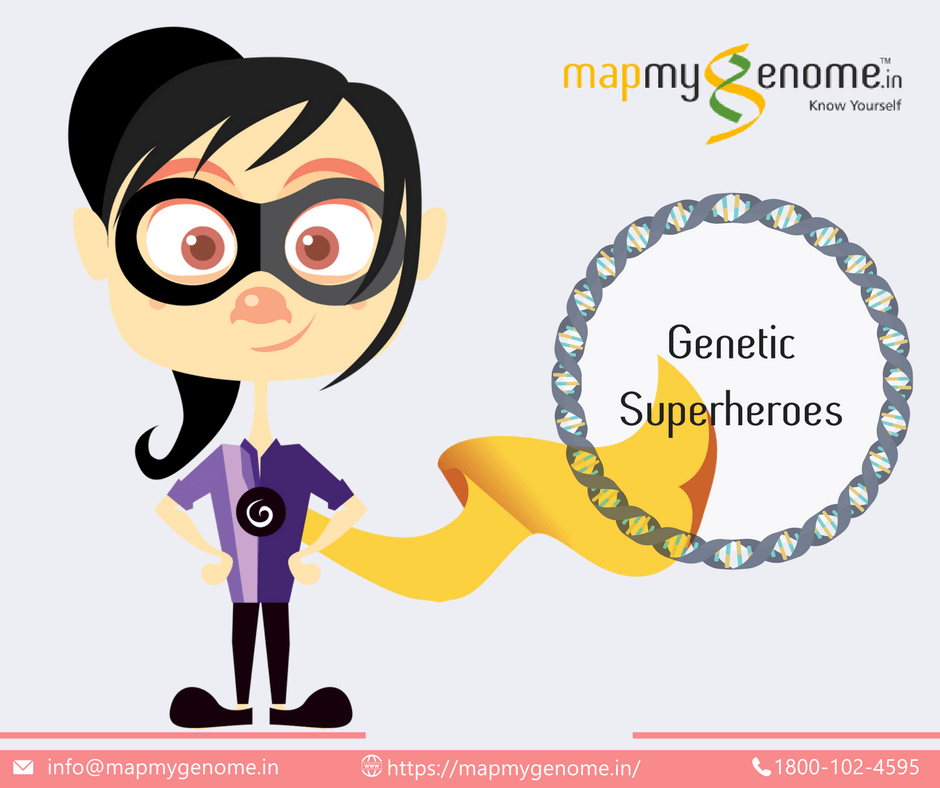 While humans are not quite at the cusp of sprouting adamantium claws (how I wish!), or spreading wings and taking flight, or even shooting lasers from our eyes (not one I’d cherish TBH), certain gene mutations have bestowed upon some of us some very real, very cool super-powers!!

If you too are obsessed with mutants and super powers, even to a much lesser extent than I am, stop what you’re doing and read this. No need to turn to the DC or the Marvel cinematic universe to see the make-believe, CGI-enhanced fictional super powers to quench your thirst for super-awesomeness. Mutants are very very real. And they walk among-st us. Some even fly! They may even Uber it from time to time…

Before we dive into the list of Homosapiens-Superior, I wish to clear the air about mutations. Retractable adamant claws, the ability to teleport, control the weather with your mind, or walk through walls (well at least without breaking them…) are not mutations. Sorry to burst that bubble of yours that Stan Lee and the likes thereof created for you. Actually, real mutations, or genetic typos, often result in very very minor changes in you, most of which are invisible. (no…not invisibility; that’s different).

Mutations are nature’s way of adding new variants to the gene pool — mix things up a bit, and lend to the evolution of a species. If the mutations are favourable or advantageous (or at least benign), they are conserved and propagated down generations, until they eventually (over a span of time you and I won’t live through to witness) become a normal part of the larger gene pool for a species.

Evolution wouldn’t be possible in the absence of mutations, since in the absence of these genetic glitches or typos, species wouldn’t gain new attributes or abilities. Take a moment here to think about that one guy who carried a mutation that gave him the superpower to consume a cow’s milk and NOT get sick. Over the course of time, that mutation was passed on to a larger chunk of the population, and then an even larger fraction, and so on. Today we can’t imagine life without the yummy goodness of a slice of cheese, hot chocolate au lait or fondue! Ahhh fondue! Amul, Mother Dairy and others — You’re welcome.

Geneticists and scientists globally believe that every genome duplication event gives rise to about 100 new mutations among the 3.2 billion base pairs. This may sound like an alarmingly large number, but don’t look around trying to find Charles Xavier’s new possible recruit amongst your co-workers just yet. Mutations are rather common, and most of them have a negligible impact on our lives. Most are termed as silent mutations.

Having said that, it stands to reason that within the assembly of human mutations, a few would express themselves in the form of extraordinary, mind-boggling, superhuman, X-men mutant-ish abilities.

Here are 4 examples of clinically verified human abilities with a strong causative association with minute changes in the genetic code.

Naaaah! That doesn’t sound too cool… How about…

Presenting 4 real-life mutants with superpowers that would put the DC and Marvel multiverses to shame!!

Let us be honest. When we think of genetic disorders, physical frailty is what comes to mind. When Dana Hoekstra and her husband adopted young Liam, who the doctors labeled as afflicted with a grave genetic condition, they were as surprised as you would be when you discover that this genetic abnormality put infant Liam on the other side of the diseased physicality bell curve.

Yep. Born to a physically robust biological father, young Liam was diagnosed with myostatin-related muscle hypertrophy — a genetic condition so rare, that even today scientists cannot ascertain its prevalence rate. This conditions blocks the production of myostatin — a protein which inhibits muscle growth. Individuals with this mutation possess much larger muscles (almost 40% more!), and much lesser body fat (close to 1%) than their lesser human counterparts.

While Liam doesn’t appear to boast any tank-smashing, car-tossing, tree-uprooting strength, he is naturally much stronger than all his peers, even without doing any training. At the tender age of 3, Liam was able to lift 5-pound dumbbells and perform multiple chin ups…How many chin ups were you doing at that age?

By the way, Liam isn’t the only documented case for this. In 1999, a boy was born in Germany, who looked, at first glance, no different from any other kid — well, except for his rippling muscles!! Aptly nicknamed Das Uberboy, this kid too has the same mutation as Liam — just dialed up to 11. At the age of 4, he could lift more than 6–8 times the weight an average kid that age could even dream of lifting. His real name is not known, and his parents have kept him away from the limelight — Guess hiding his identity makes sense — to save his loved ones once Uberboy decides to don a cape and mask and begin patrolling the streets in the dark, righting the wrongs in the world. The Pursuit of Happyness

Ever heard of William’s syndrome? Probably not, considering it is rather uncommon, affecting 1 in 10,000 people globally. Caused by a deletion of 26 genes, the physical ailments associated with William’s syndrome are quite serious and can be life-threatening — cardiovascular diseases, learning disabilities and developmental delays. The mental effects of this disorder on the other hand, are nothing short of the definition of a blessing in disguise — almost a superpower in itself.

Those with William’s syndrome are naturally kinder, more cheerful and more social than their regular human counterparts. While most of us trudge along in life with a long face and clouds of gloom over our heads for having dropped our perfectly buttered toast on the floor before we could take a bite, the William’s syndrome folks are inherently able to find true happiness in the face of serious complications! (Dude! They’ve got major physical problems, and still they smile their way through life! A genuine smile!)

Interesting point — people with William’s syndrome possess such a heightened affinity for music, that there are entire centres and programs dedicated to teaching music to the WS-Superhumans! Ok…I can’t vouch for the friendly bit here, but people with Marfan syndrome are certainly BIG! This supersize isn’t their only superpower though. Characterised by the weakening of connective tissue throughout the body, our everyday mutants with Marfan syndrome typically grow taller than others, with much longer limbs and fingers and a ridiculous level of flexibility that allows them to bend in ungodly ways! Dubbed as a musician’s best friend, Marfan syndrome can often be painful, with this pain leading to musical genius. Yeah, I agree that sounds far-fetched, but hold on — Sergei Rachmaninoff, a famous Russian pianist, and Niccolo Paganini, a violinist are famous musicians with Marfan syndrome. In fact, Paganini was so so good that most people believed he sold his soul to Satan in exchange for his musical prowess, with the pain in his music causing halls full of people to burst into tears! So yeah…let’s dial down that skepticism. Actually, one of the real-life mutant superheroes that I plan on mentioning here, is the guy who inspired this movie. John Nash — a genius, superhuman, schizophrenic, savant — had what is popularly called the Savant syndrome. Most people confuse Savant Syndrome with autism simply because it’s the type of autism most commonly showcased on the television and the big screen with A Beautiful Mind and Rain Man being probably the most famous examples of this disorder on the large screen.

Savant Syndrome is seen in large complex disorders on the central nervous system, with only ~10% of autistic people displaying savant syndrome, while only 50% of savant syndromic superheroes are diagnosed with autism. This syndrome causes the mutants to display extreme proficiency, almost bordering on genius, in specific focus areas such as math, art and music. This can be attributed to the near-perfect memory all savants are touted to possess!! (Definitely one of my top three picks for the superpower I wish I had…the other two being…ah dang it! I forget…) Psst...there’s a tidbit about humans who don’t feel pain, and someone who ate a WHOLE FREAKIN’ ….. ahh…all in due time ?