Seven Reasons Why You Should Do A Routine Heart Checkup 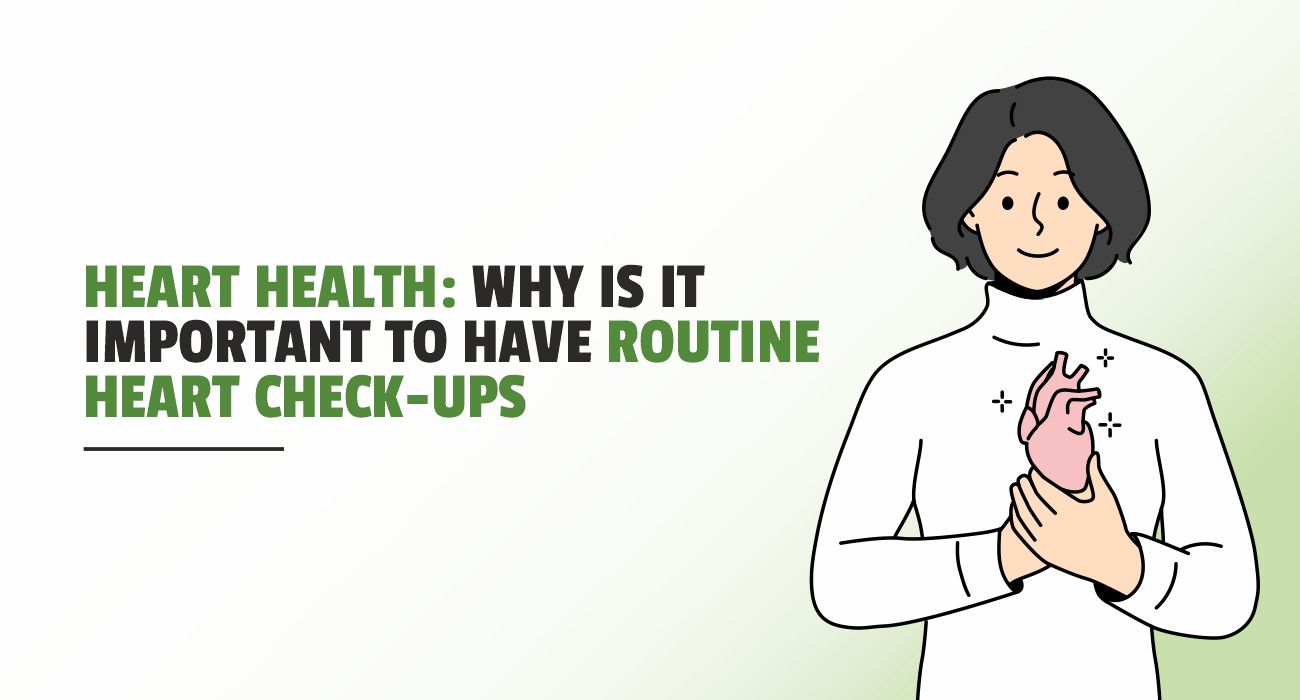 In the last few years, several celebrities such as KK, Raju Srivastava, Sidharth Shukla, and Puneet Rajkumar have succumbed to heart attacks. In all these cases, cardiac arrest was unexpected, not giving enough time for them to fight back.

A few weeks ago, a wedding celebration turned tragic in Karnataka after a 23-year-old woman suddenly collapsed amid festivities. The doctors revealed that her blood pressure was low.

These examples illustrate that cardiovascular diseases (CVD) are evidently on the rise in India, especially among the young population.  The key to managing heart problems is early diagnosis and routine heart checkups are great for early detection, which is as good as a cure.

Get Your Routine Heart Health Checkup

Still not convinced? Here are seven reasons to do routine heart checkups :

1. Indians have a greater genetic predisposition to heart diseases. According to a study by the Indian Council of Medical Research(ICMR) and Registrar General of  India, India accounts for about 60 percent of the world’s heart disease burden.

2. A study by the Indian Heart Association noted that heart diseases hit Indians at an earlier age than other populations, often without warning.  Indians get heart disease at least 10 years before people in the West. Renowned cardiologist Dr. CN Manjunath in one of his speeches said that India will gain the notorious distinction of recording the highest number of cardiac deaths in the world by 2030.

3. There is an increased risk of heart disease among young Indians due to a combination of inherited genes, environmental factors, and changing lifestyles. Youngsters can have cardiac arrests due to rhythm problems or a muscle disorder called Hypertrophic Obstructive Cardiomyopathy. It often goes undiagnosed and causes the thickening of the heart muscle.

4. Many factors are fueling the rise of heart diseases such as chronic stress, unbalanced diet, and sedentary lifestyle. There is an alarming trend in hypertension, obesity, and diabetes-some of the major risk factors for developing heart disease. A study conducted by Mckinsey & Company from February to April 2022 in 15 countries including India, found that almost one in three employees were experiencing symptoms of burnout and chronic stress.

5. Over 75 percent Indians with hypertension have uncontrolled BP(Lancet Study). Uncontrolled blood pressure is one of the main risks of CVD. (WHO).  The overall prevalence of hypertension among adults in India is about 30%.

6. As per the results of a large-scale survey conducted across India, 39% of respondents with high cholesterol problems also have heart issues. (Statista)

7. According to the National Family Health Survey(NFHS), the prevalence of obesity in India, one of the major contributing factors to heart issues, has increased in 2019-21 compared to 2015-2016.

What Does A Routine Heart Checkup Entail?

Routine cardiac evaluation or heart checkup can start at the age of 40. Doctors suggest that by the age of 25, people who have a positive family history should get their first heart check-up.  The Lipid Association of India recommends that it is wise to check your lipid profiles once at the age of 18 and thereafter once every three to five years.

In addition, identifying genetic risk factors of cardiovascular diseases (CVDs) helps people to make well-informed decisions about managing their heart health.  Genetic testing opens up an array of information about your risk for certain heart diseases and helps you create an action plan for your well-being.

Mapmygenome’s DNA-based wellness solution for your heart, Cardiomap, will give an insight into your genetic predisposition to a wide spectrum of CVDs, several associated risk factors, treatment options, and lifestyle changes.

The diagnostics services provided by Mapmygenome offer health screening tests including major tests like lipid profile tests, diabetic profile, etc for all age groups. The primary aim here is to help people to know about their health status, especially matters of the heart, and help them make necessary lifestyle changes.

80% of premature deaths from heart attacks are preventable. Proactive management and prevention strategies are the best course of action to reduce the risk of heart disease.