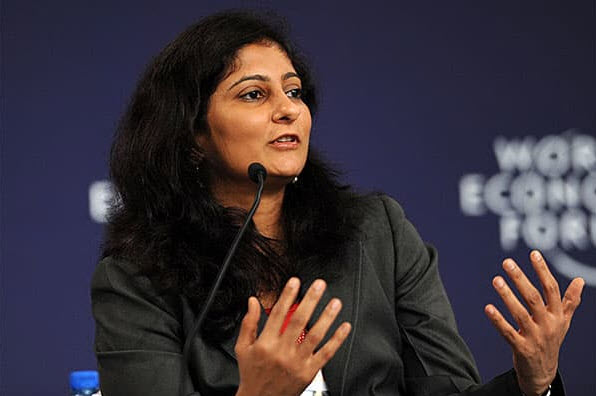 Unless she is in mid-flight, Anu Acharya of MapMyGenome can match even the brisk Sir Martin Sorrell of WPP for the rapidity of her email responses, writes Victor Mallet in New Delhi.

The molecular diagnostics company, based in Hyderabad, India, is her second start-up in the same field and the 43-year-old physicist turned entrepreneur remains a whirlwind of energy. She even writes poetry when stuck at the traffic lights.

Founded less than three years ago, MapMyGenome is a pioneer in India in the globally rising business of genomics. By analysing a customer’s genome, the company can assess the risks of various diseases and give advice on preventing illness and managing health.

Healthcare is not going in the right direction — we need disruption

The Genomepatri offering, for example, is a saliva-based test to decode DNA and predict genetic risks for more than 100 diseases, traits, inherited conditions and responses to drugs. Other products focus on heart disease, cancer, mental illness and sport — while SlimGene and BeautyGene look at weight and fitness, skin and hair.

While there is no doubt that Acharya as chief executive and her 30 employees are focusing on the potentially lucrative market of India’s vast and fast-growing middle class, she says there is a deeper motivation for genetic analysis in a country of 1.3bn where public health spending amounts to less than 1.5 per cent of gross domestic product. (That is less than half the level in China).

“Healthcare is not going in the right direction,” she says, noting that the number of doctors in India is growing much more slowly than the burden of disease. “There is a need for disruption. I look at healthcare as being nutrition, fitness — everything included rather than being hospital-driven.

To achieve that, of course, the business has to succeed in the sometimes difficult environment of India, where entrepreneurs must wade through thickets of bureaucratic rules devised long before genomics existed as a field of study or business.

Acharya, however, has form as an entrepreneur. After postgraduate studies at the Indian Institute of Technology at Kharagpur and the University of Illinois, she worked for a telecoms start-up and a consulting firm before launching Ocimum Biosolutions, a genomics outsourcing company, which she ran for 13 years until 2013. MapMyGenome’s early funders include Rajan Anandan, Google’s boss for Southeast Asia and India, and Acharya is now aiming to blaze a trail towards profitability in a market increasingly excited by smartphones and ecommerce but unfamiliar with genomics. “The market’s not ready, so you’re creating the market,” she says. “It’s a good thing to be able to do this. But it’s also tougher.”

She skirts diplomatically around the problem of government bureaucracy — “there are multiple departments and multiple issues” — and says MapMyGenome is not yet making money but should be profitable soon. “Our plan is this year to be able to get to that,” she says.

As for the poems, they reflect her peculiar blend of high-mindedness and whimsy. In her recent collection, subtitled “Random rhymes at odd times: on science, non science and nonsense”, there is one Hamlet-parody reflection on the lethal dangers of the tuberculosis that plagues India. It ends with the lines: “TB is not to be/there is no question.”

Asked what kind of poems she writes, Acharya says they usually have a double meaning and depend on her mood. “It could be something that’s deep, but fairly light.” Someone chips in from the background. “My friend says my poetry is ‘irreverent’,” she says. That sounds about right.