The science behind Covid for the avid reader 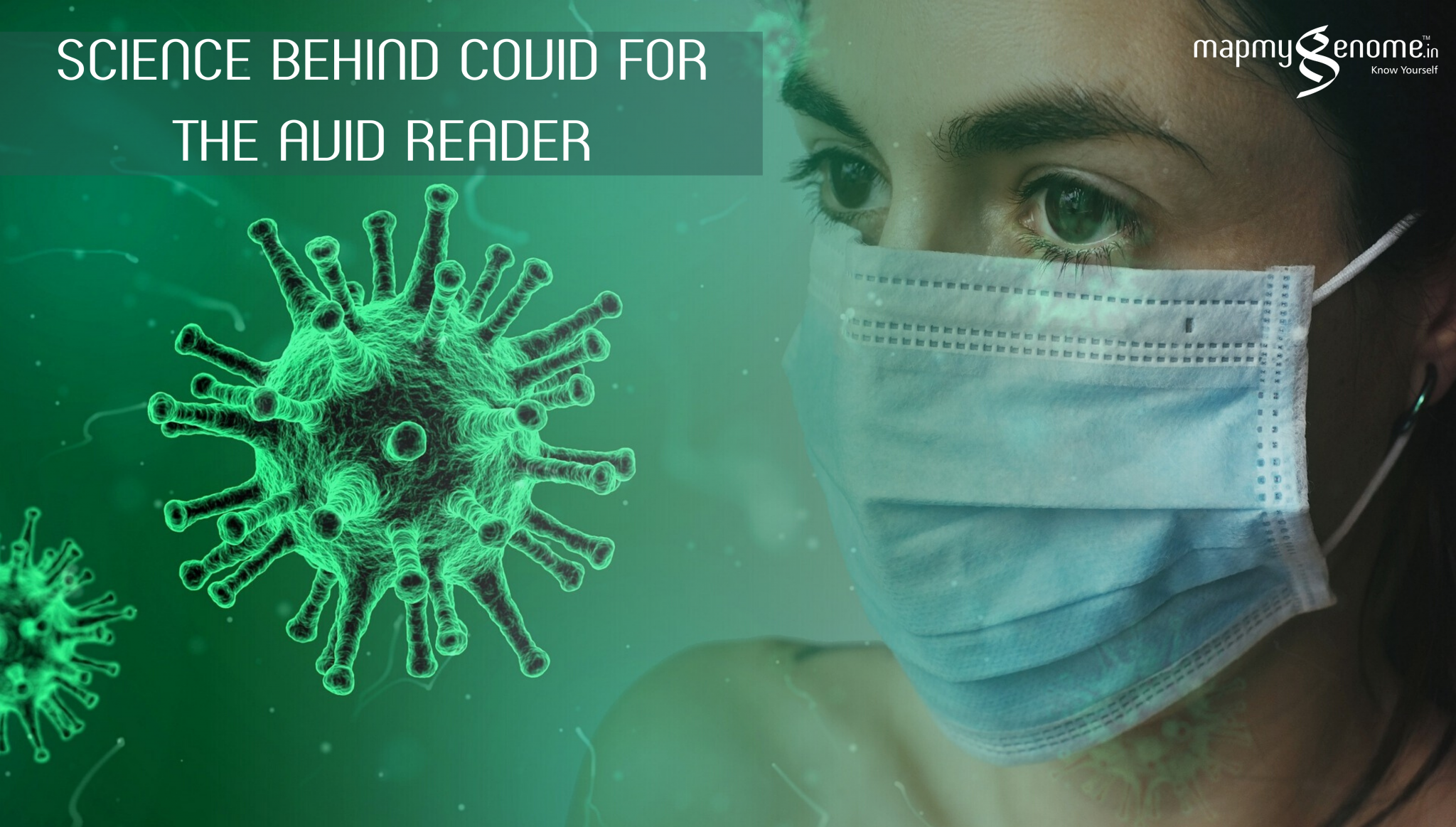 This is the third in the series for Covid 19. If you have reached this far, you are likely an avid reader.

Covid19- A reset and reboot

The (Coronavirus ) Covid 19  pandemic has been a reset button for the world and hopefully will make us mend ways in which we have been living so far- without caring about consequences for our environment. Of course, I worry about the massive amounts of detergents and alcohol that humankind has released into the environment over the last couple of months.

Now, onto the science behind viruses and the SARS-CoV2 that causes Covid19 in particular.

Like most of you,  I have spent a lot of time reading about Covid19 including numbers infected, deaths, conspiracy theories and more. I do realise that many don’t really understand the science behind virus attacks and our interactions with viruses as a human race. Some of you may find reading scientific papers daunting, I thought I could simplify it for the average reader.

A virus is a fascinating string of nucleotides enclosed in a protein case. If this sounds Latin and Greek to you, think of it as a tiny enigma of DNA or RNA strands in a protein case that has confounded scientists about its origins, purposes, and future. There is a new science of paleovirology; yes there is a word like that, and I cannot take the credit for making it up. Paleovirology uses genomics to trace back fossil viral remains in our genomes. Since it is important to understand the basics of molecular biology, here is some basic information that you may have read in high school and forgotten.

Our body has several trillions of cells. Yes, that is a lot of zeros like a million million cells.  Each cell has a nucleus in the center and there is cytoplasm outside where most of the stuff happens. It also has an ER or endoplasmic reticulum that transports materials of the cell, like an ER ambulance transporting people. And then there is the mighty Mitochondria or the power factory and there is something known as the Golgi apparatus, a funny-sounding name but does serious functions like a post office sorting and segregating proteins and deciding where they need to go next.

DNA, our instruction manual is inside the nucleus and is double-stranded. Then comes an enzyme called RNA polymerase that sits on one strand of DNA and essentially makes photocopies of the single strand of DNA into RNA and moves it out into the cytoplasm. This is what we call transcription. The code remains the same, just one of the nucleotide changes. Now when this single strand of nucleotides called RNA is let into the open, it has an interesting structure to it. This is called an mRNA or a messenger RNA. You may ask why messenger- It’s because it sends a message to say it’s ready for translation. To which you may ask translation to what- the answer is protein. But how?

This is done by ribosomes. A ribosome is like a factory for protein synthesis in our cells.  These ribosomes along with tRNA interact with the mRNA to produce proteins. These proteins move to ER, cytoplasm or Golgi apparatus.

Now when a virus hijacks the cell, it takes control of the translation, and the ER, Cytoplasm and Golgi apparatus to make many copies of itself very much like the shares on that viral social media post.

Read : The Pandemic of our times: Conversions concerning Covid-19

Modus operandi of the Covid virus

The beautiful pictures of the virus with the crown hide the evil and defiant little molecule that has spread havoc across the world. In reality, viruses are passive strands that don’t do any thinking or have evil intentions.

This particular virus has RNA strands covered in an oily lipid. Soap is its biggest enemy. The way it enters our body is through the mouth, nose or eyes and hence all those messages about not touching your face. If we can curb the virus either by soap or not touching, we reduce the chances of it spreading.

It makes the journey through our airways to attach itself to the ACE2 receptors via the S protein on its fuzzy crown-like surface. Smoking makes these receptors more vulnerable. Once it binds itself comfortably on these receptors,  it releases a small RNA material into the cell in the cytoplasm. This is a tiny genome with about 30000 base pairs as compared to the human one which is 3.2 billion base pairs.

Now inside the cell, the virus hijacks the cell’s machinery like the ER, Golgi apparatus and  makes many copies of itself. The virus uses the ER to make the N and S proteins that are essential for its propagation. The Golgi bodies take the copies of the virus outside of the cell to infect more.

The viral membrane with the S proteins now becomes part of the cellular membrane and marks it for destruction by our immune system.

Once there are enough copies of the virus, it tends to create disturbances in our internal functioning and inflames the lung and more. It has made the ER get into overdrive and causes our own cells to die. If our immune system is strong, then we can fight back.

And while the virus is not living or thinking, it is like a dose of hate or love that spreads using our own machinery of hearts and brains as entry points and continues to infect those around.

A little about our Lungs

Our lung with alveoli shaped like a grape,  is like a tree with leaves. The difference is that the tree takes in carbon dioxide and converts it to oxygen. Our lungs or rather the alveoli on our lungs take in oxygen and flow it to the bloodstream and eliminate CO2. The SARs Cov -2 inflames the lung that prevents the oxygen flowing to tissues. Our immune system tries to fight back and that is what causes the fever that is one of the symptoms. But sometimes the immune system starts killing our own lung cells and the lungs fill up with dead cells and fluid. This is why people infected with Covid19 have difficulty breathing.

So in cases where the immune system cannot fight back, this inflammation in the lungs must be supported by an artificial ventilator. The biggest challenge today is to have that many ventilators and caregivers when the numbers start to stagger and scare our healthcare systems. And therefore you constantly hear about flattening the curve.

The medical world has made a lot of progress on this front and there are several things they can do to contain this disease. The hope, of course, is that we can find a vaccine or a cure soon.

A lot of the measures taken by governments worldwide are done to flatten the curve in an effort to reduce the number of cases that our healthcare systems can handle. “Physical distancing”, good hygiene and more methods have been used. I wrote about them in my second article called 10 ways to defend yourself from Covid19.

Read: 10 ways to defend yourself from Covid19

So when you are stopped at an airport or asked to visit a hospital for testing for Covid19, what exactly are they doing? I will write that in article 4. I think this has been a heavy dose of science for those who haven’t studied biology. Take precautions and stay safe everyone.