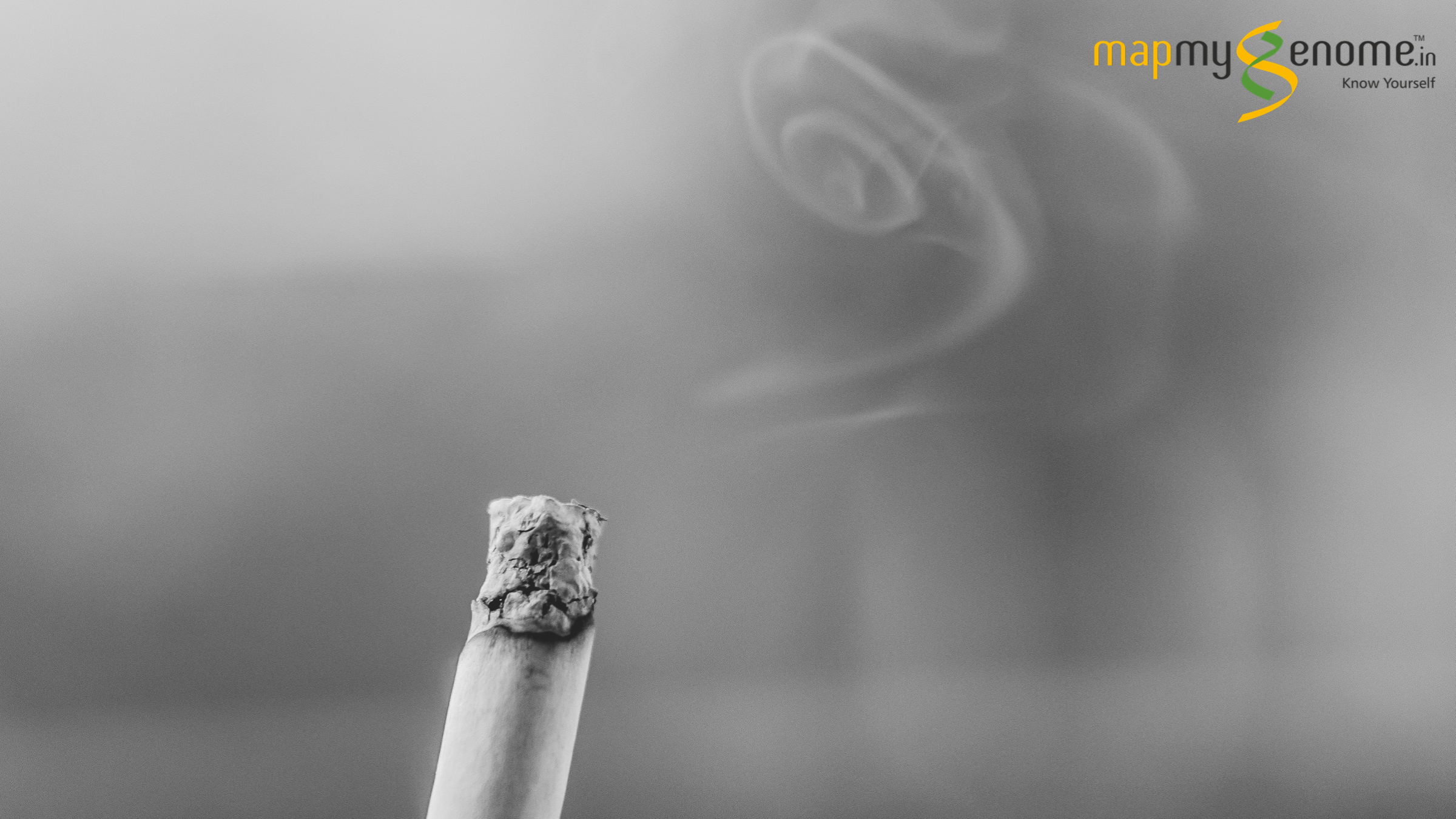 The effects of smoking on human physiology and function are many.

Respiratory disease (especially lung cancer) is one of them. Tobacco, the chief constituent in cigarette smoke, contains nicotine and other harmful carcinogens (”cancer-causing” chemicals) such as polycyclic aromatic hydrocarbons (PAHs).

When exposure to said chemicals happens at increased threshold, a direct impact on an individual’s health is bound to occur, right from the molecular level (DNA).

Epigenetic mechanisms are the link between smoking and its effect on biological processes. Genome-wide studies across former, current and never smokers highlighted differential gene expression patterns in important cancer-associated genes such as AHR (aryl hydrocarbon receptor, also a tumor suppressor) and p53.

Most of these changes are reversed after smoking cessation, but certain patterns do not revert. Some of these effects arise in passive smokers (those exposed to environmental tobacco smoke), as well.

Up to 10-fold increase in levels of serum alkaline phosphatase enzymes has been found in smokers and cancer patients. These molecules are key mediators in cellular pathways such as dephosphorylation.

Prenatal exposure to tobacco (maternal smoking) influences overall development of the fetus before and after birth, and continues up to the child’s growth and adulthood.
Preterm delivery, pre-eclampsia and other complications have also been linked with maternal smoking (varied amounts of regulatory enzymes in circulation).