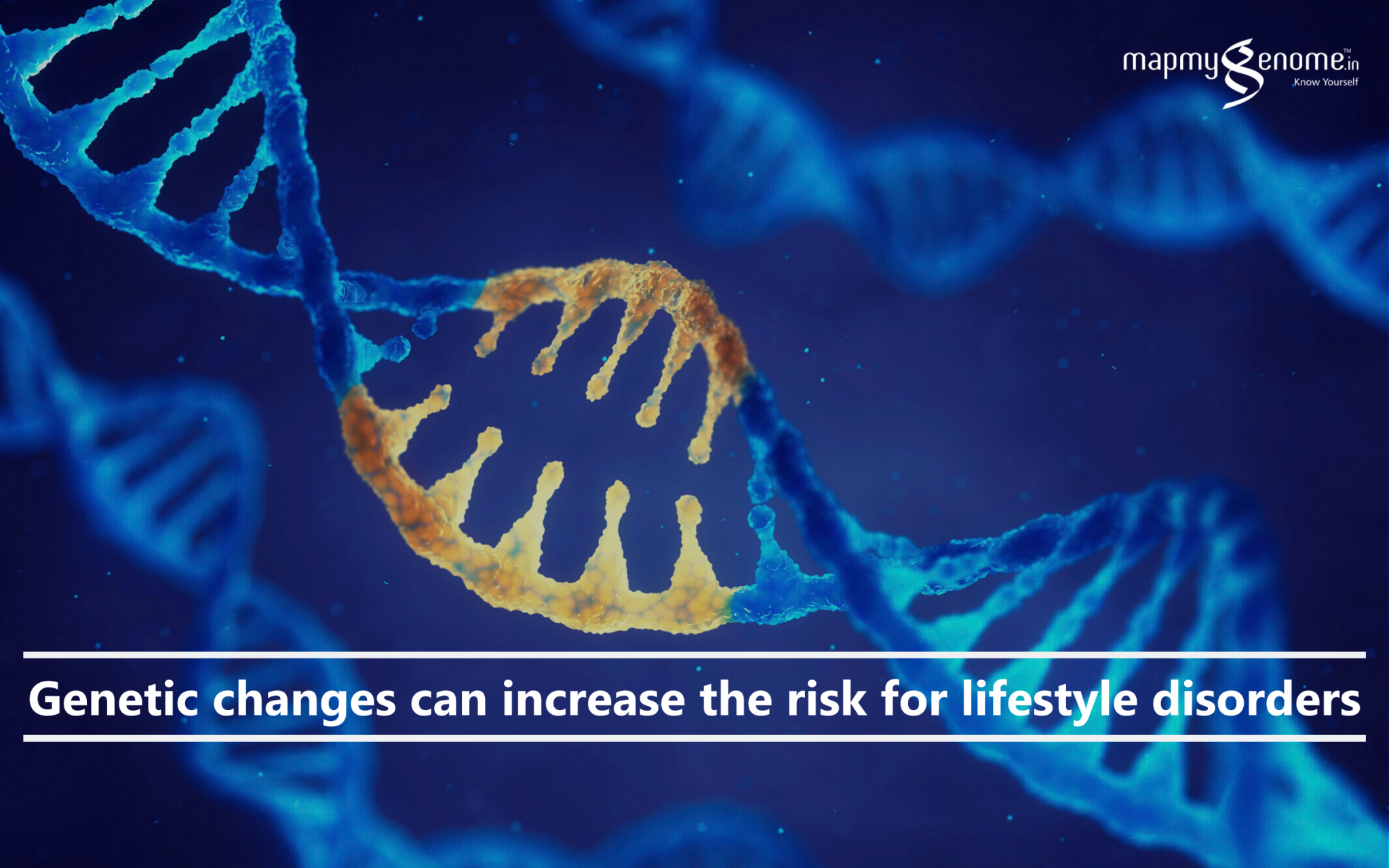 The prevalence of lifestyle disorders has rapidly risen in the population (young and old), especially in the last few decades. As the name suggests, a lifestyle disorder stems from unhealthy habits or the way an individual lives. However, science has established that some individuals are at a greater risk for disease than others. This variation in disease susceptibility arises from a combination of modifiable and non-modifiable factors such as diet, exercise, environmental exposure and genetics. That is why these health conditions are termed ‘multifactorial’ and ‘complex’, meaning their onset and progression depends on multiple parameters which influence disease physiology. Some of these chronic conditions are interlinked due to common mechanisms in the body such as metabolism, inflammation and neural pathways. Being affected with one condition can increase the risk for another. For example, obesity is a risk factor for diabetes, heart disease and cancer.

While lifestyle factors such as salt/sodium intake, pre-existing conditions such as diabetes and obesity add to the risk for hypertension, genetic factors (including family history) also influence susceptibility to hypertension. Multiple genes have been studied for their role in hypertension, including those involved in the production, differentiation and repair of cells, angiogenesis (formation of new blood vessels) and cardiac function. Other genes regulate the development of blood vessels and proto-oncogene expression, which affects blood pressure levels.

Studies show that up to 50% of hypertension susceptibility can stem from genetic factors.

Individuals vary in their susceptibility to gain excess weight and become obese. Up to 40-80% of these variations have been traced to genetic factors.

Some variations in genes which regulate lipid metabolism, cellular uptake and transport of HDL-c, are associated with a risk for reduced HDL-c levels (‘good’ cholesterol). Other genetic variants may increase HDL-c levels. The apolipoprotein family of genes are known to influence LDL-c concentration in the body. Genetic variations in these genes or their regulatory regions cause hypercholesterolemia and particularly increase plasma LDL-c levels. Individuals carrying certain gene variants may have lower levels of ‘bad’ cholesterol (LDL-c) in the body and may have a reduced risk for heart disease. Genetic variants which influence glycolysis and lipogenesis are associated with elevated triglyceride levels.

The impact of genes varies across different heart conditions. Variation in susceptibility to disease is due to a significant genetic component, which could be between 40% and 60%.  Some of these variations are present within or near genes of smooth coronary smooth cells which control cell development, genes which produce myosin binding proteins in cardiac muscle, regulation of myocardial ion channels like potassium and sodium and ion signalling.

The genetics behind cancer development is very complex, with several pathways and genes involved. Certain genes which have been highlighted for their role in cancer risk are those which participate in cellular growth and division, programmed cell death (apoptosis), biological ageing (telomerase activity), tumour suppressor and oncogene activity, cell cycle regulation and DNA repair.

About 40-70% of depression symptoms and their progression has been attributed to genetic factors.  Genes involved in neurotransmitter signalling, release and function in the brain, have been extensively studied. Variations in these genes influence behavioural changes, likelihood for mood disorders, anxiety and depression.

Rasika is the product specialist and scientific liaison for Mapmygenome’s personal genomics portfolio. With 9+ years of experience in sequencing, molecular biology, genetic data analysis and reporting, she currently works in the product team at Mapmygenome. Her key responsibilities include genomics product development, data curation, scientific content creation and management, data analysis and technical support for business development. Her key strength is a robust understanding of consumer genomics, including specialized areas such as pharmacogenomics, nutrigenomics and sports genomics. Rasika is also a certified group fitness trainer and Pilates (Balanced Body) Mat instructor.