Twinkle Twinkle Little Gene, Now I wonder where you’ve been? 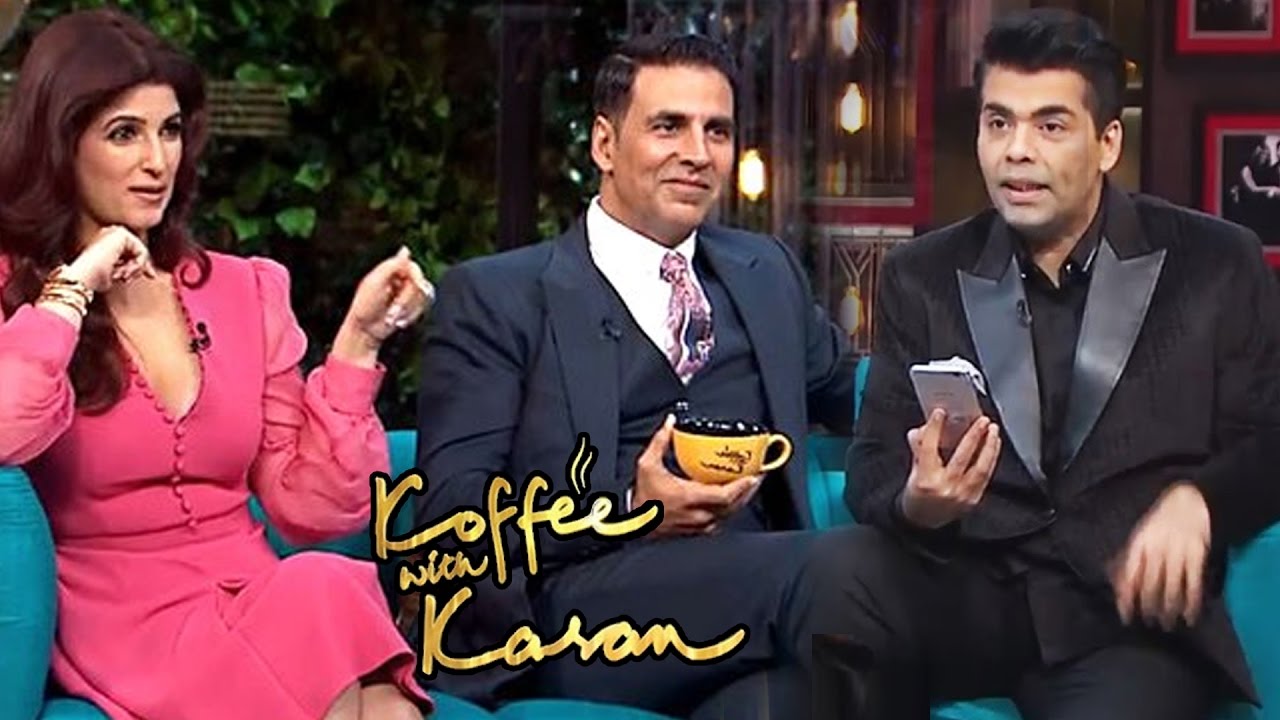 “Koffee” with (Karan) the Culprit : Now that’s a show that needs absolutely no introduction to the masses. Let’s face it, we’ve all watched it. Let’s confess it’s our guilty pleasure – watching celebrities show us their “normal” side, waiting with bated breath while they reveal secrets, listening with rapt attention as they indulge in some scandalous gossip for a goodie-filled hamper (read: rapid fire round!), laughing out loud at their hilarious stories, or secretly relishing those infamous moments that highlight their appalling lack of general knowledge! This season of the show however seems to be at an all time high- King Khan and Baby Bhatt kickstarted the season with some hilarious banter, and who can forget Ranbir and Ranveer who shared the couch as well as a love interest.

The episode that really caught our attention however was the one with Akshay Kumar and Twinkle Khanna. This couple, for the non-Bollywood types, have been married since 2001 and are parents to two children – daughter Nitara and son Aarav. Akshay Kumar is the reigning khiladi of Bollywood, and Twinkle Khanna is the highest selling female author of 2015, with  her second book, The Legend Of Lakshmi Prasad, flying off the shelves in the stores already!

Being in the limelight for all sorts of reasons is familiar to most celebrities and the things they say hold the potential to create a nasty scandal or a positive impact. One such statement was at one moment in this episode when Mrs. Funny Bones, unabashedly and unapologetically, declared that she got Akshay Kumar’s genome sequenced before they got married!

Twinkle, very matter-of-factly, shared why she believed it was extremely important for her to investigate the medical history of Akshay’s family members and close relatives before marrying him: “Primarily, you get married to have children. So, you are introducing this genetic strain into your family life. I wanted to know what are the diseases running in his family.”

Every Indian heard that statement, some agreed with her when she spoke about the relevance of matching “Genome-patris over Janampatrika”, some seemed clueless, and the rest were indifferent. In contrast, Genetic Counselors all over the world (at least the ones who watched this show) did a little celebratory jig (at least in their head!) for what this statement did for the concept of preconception genetic screening. Google search analysis showed that there was a massive increase in the number of queries for “pre-marriage genetic testing” from India for a whole entire week following the first date of airing this particular episode.

Now while some of you may have been able to glean some relevant information from the various websites/articles you read, some of you may still be looking for an explanation, and some of you may have gotten distracted from the topic with work, life, or Varun Dhavan’s antics during the next episode. So although the best way for you to get a thorough understanding about this topic would be to see a Genetic Counselor (click here to read a great post about how genetic counseling can help you), being quite a Curious George myself, I thought why not help some of you get answers to this.

Why are we excited about this?

Mapmygenome’s flagship product “Genomepatri” was literally the brainchild of the kinds of comments related to genetics and family history mentioned above. Launched in 2013, it was the long lost, yet genetically related sibling of the Janampatri a.k.a  kundali. One that served immense purpose, was of paramount significance, but shunned away for centuries to make way for the explosive entry of a new hero- your very own, Genomepatri. Such a classic Bollywood story!

Mrs. Funny Bones could not have been more accurate about the implications of a new genetic strain in your family! Genes, neatly packed into your DNA play a vital role in how your body functions. Each and every one of us got half our genes from our mother and the other half from our father; and when we have children, we pass on half of our genes and half of our partner’s genes to each of our children. For many of us, genetics might seem too complicated to even attempt to understand, but genetics plays an extremely important role in defining our health and the health of our parents and siblings, and the health of the next generation. Kudos to Twinkle for transforming a seemingly intimidating science into a simple concept that is as relatable as wedding planning. It is truly quite important to know each other’s family by face but also their genetic traits!

“I wanted to know what are the diseases running in his family, at what age did uncles in his family lose their hair, what did Kanchan Chachi die of?”

Twinkle and Akshay, albeit unintentionally, piqued in most of us a little curiosity about pre-marriage or preconception genetic testing. In a world where celebrities talk about or endorse things from toothpaste and fairness creams to clothes and gadgets, and everything else in between, it was refreshing to hear about a progressive approach to planning a family. Across the globe, it is the standard of care to offer carrier screening to pregnant couples or couples planning a pregnancy. It is also common clinical practice for doctors and genetic counselors to “investigate” the family history on both sides to evaluate the chance of a genetic condition passing down to the next generation and to discuss available options for genetic screening and/testing. While, sadly, India is yet to catch up, Mrs. Funny Bones and Mr. Khiladi have come to become the accidental and much needed ambassadors for genetic awareness in India.

It is time to embrace and acknowledge change – awareness is the new necessity! Mapmygenome offers personalized health solutions based on genetic tests that help people know more about themselves (and their family!). By combining your genetic profile and health history with genetic counseling, we help individuals and their families make informed decisions about their health.

If you don’t believe us, consider the “Twinkling Gene” itself. Learn more about your partner and your family! #KnowYourself too before planning a family – remember Genetics helps those who know themselves!