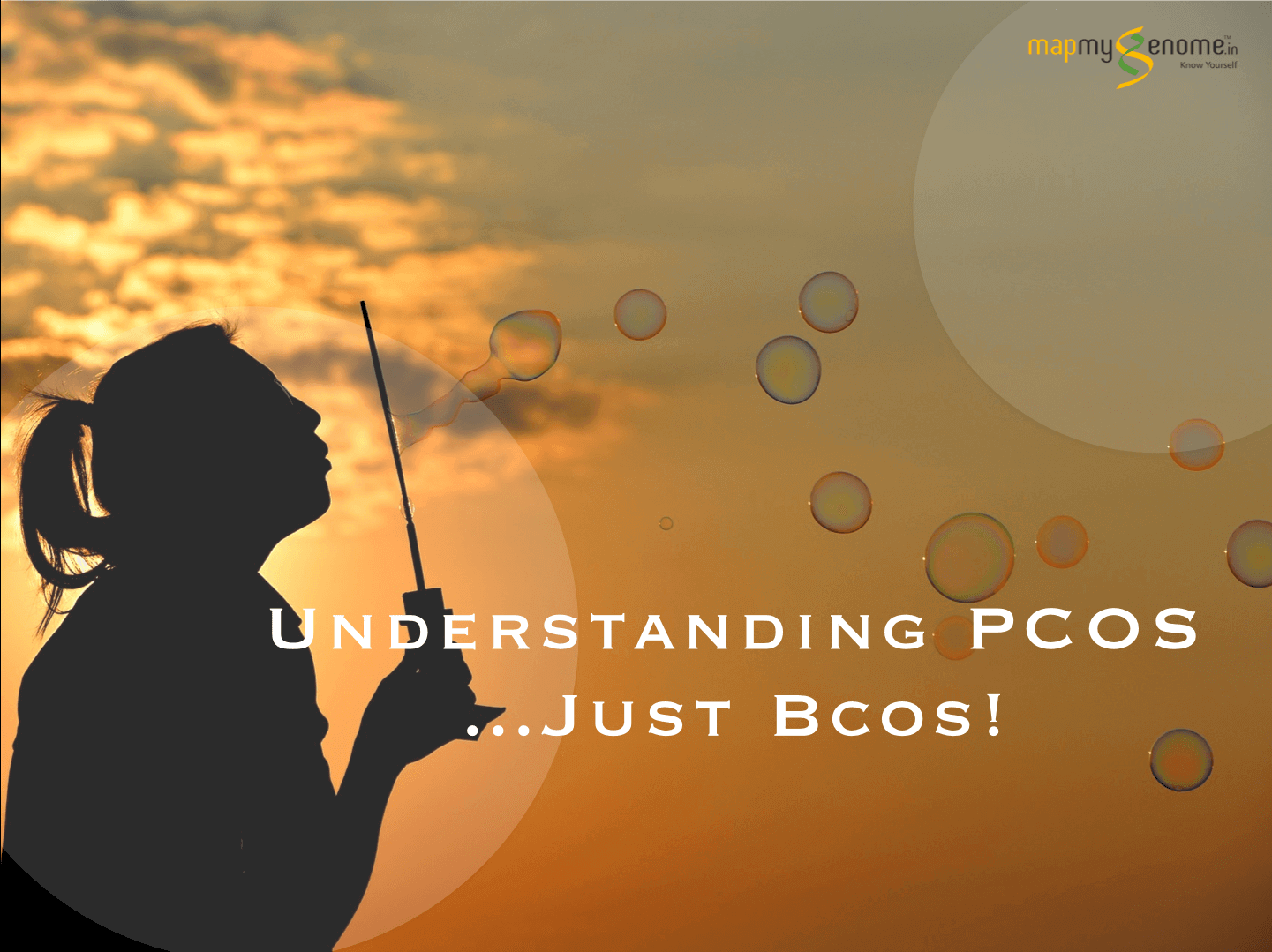 PCOS, or Polycystic Ovarian Syndrome is a complex hormonal disorder affecting as many as 10% of the female population during their reproductive years, or about 10 million women all over the world. It is the most common cause of infertility in women.

In a normal female, the ovaries release a single (usually) during every cycle. This egg travels down the fallopian tube into the uterus. Due to action of the female hormones, estrogen and progesterone, preparations are made for a potential pregnancy. The wall of the uterus is thickened and richly supplied with blood vessels. If during this period, a sperm fertilizes the egg, it will develop into a fetus. If, however, no fertilization occurs, the thick uterine wall is shed. This is the “bleeding” experienced by women during their menstrual cycle.

The term, PCOS, comes from the original findings that women with this condition show multiple cysts in their ovaries. These are actually follicles that fail to release the ovum (egg). Since they do not release the egg, the ovarian cysts tend to persist. But despite the name, women with PCOS need not have ovarian cysts. The disease is characterized by hyperandrogenism, or excess male hormones and ovulatory problems, leading to difficulties in conceiving with or without polycystic ovaries noted on ultrasound.

Though the exact cause is still unknown, endocrine factors leading to excessive androgen production are suspected to play a role. Doctors, however believe that a combination of genetic and environmental factors can lead to a women developing PCOS. The main factors that play a role in development of the typical symptoms of PCOS include-

What are the symptoms of PCOS?

Symptoms of PCOS are usually aprent soon after the first menstrual cycle, or the time a girl reaches puberty (also called perimenarche). However, in many women, there is a late onset of symptoms, well into early adulthood. Hormonal imbalance that causes a drop in the level of female sex hormones and an increase in the male hormones elicit the following physical symptoms in a woman with PCOS-

What complications can I expect if I have PCOS?

The only complication is difficulty in conception. A person diagnosed with PCOS is at an increased risk of diabetes, cardiovascular diseases and endometrial cancer.

Can a woman with PCOS get pregnant?

It is possible for some women with PCOS to get pregnant. However, conception might take longer as compared to other women. Women with PCOS also have a greater risk of developing gestational diabetes, adverse pregnancy outcomes or premature deliveries. How is PCOS diagnosed?

PCOS symptoms usually begin during the first menstrual cycle of a woman. It is diagnosed using several tests. After understanding symptoms and medical history, a physical examination is done along with other test to determine PCOS. These tests determine the condition of your ovaries and the reproductive system, check for the level of blood glucose, cholesterol and exclude possible illnesses that mimic PCOS symptoms.

How is PCOS treated?

PCOS treatment concentrates on the management of individual symptoms like irregular periods, infertility, excessive hair growth or underlying conditions like diabetes, obesity, high blood pressure or cholesterol. Based on the type of presentation the medical management of the condition also differs. Individuals with different symptoms may receive an individualized type of medication to help them address the respective symptoms.

Doctors are unanimous on the role of lifestyle changes in the management of PCOS. they believe that these are the safest and most effective way to reduce the burden of side effects in PCOS. Diet and lifestyle changes that include eating healthy, fresh vegetables, fruits, whole-grains and low-fat foods, following a strict exercise regimen, quitting smoking and working towards reducing weight have all proven to add positively to PCOS.

Medications to regularize the menstrual cycle, such as birth control pills can lower the male hormones and reduce acne and excess hair growth. Medications that promote ovulation may also be prescribed in women desirous of conceiving.

In rare scenarios a doctor may also suggest a surgical intervention where small punctures are made in the cysts of the ovary in an attempt to restore fertility. Genes that are responsible for a variety of functions in our body, that include insulin secretion and absorption, production of male and female sex hormones, inflammation and energy regulation have been associated with PCOS [1]. The inheritance pattern of the gene variants is yet to be understood; but it is certain that genetic elements play a role in PCOS aetiology.

Several genes have been tested as candidate genes for PCOS, such as those involved in:

For many of these, evidence that they play a role in PCOS has not been convincingly replicated.

Initial and recent studies have continually revealed that most women with PCOS (both obese and lean) exhibit insulin resistance (although of varying degrees), when compared to their normal counterparts. This sparked many investigations into the role of insulin-related genes in the pathogenesis of PCOS, especially the insulin-receptor gene (INS VNTR). However, polymorphisms seen in PCOS women were found in normal subjects as well, proving that the function of the insulin receptor is not disturbed in PCOS.

The cholesterol side chain cleavage gene (CYP11-alpha) is a possible gene marker for PCOS. Its up-regulation leads to increased androgen production, a common condition in PCOS women. However, substantial evidence for this gene to be a major susceptibility loci for PCOS is unavailable (except in certain populations). Anovulation (associated with hypersecretion of Luteinizing Hormone LH) in PCOS women (~40%) leads to the possibility of the LH beta-subunit gene as significant markers for PCOS. Earlier, 37 genes were identified and associated with PCOS [2]. However, in the recent Genome-wide Association Studies (GWAS), only some of these genes were evident and linked with PCOS. The gene variants were distinct in different ethnic groups. GWAS in women of Han Chinese ancestry showed 3 gene variants, namely LHCGR, THADA and DENND1A, with DENND1A being implicated in PCOS through GWAS, without prior evidence of this gene in PCOS [1,3]. The genes LHCGR (luteinising hormone/choriogonadotrophic receptor) and DENND1A are associated with significant risk for PCOS. These gene loci have been established as effective genetic markers for PCOS screening in females (in multiple populations) [5]. Repeated studies have also revealed another gene variant, FBN3 in women of Chinese and European ancestry [4].

Changes in the PPARγ gene has been observed in the Indian, Finnish, Turkish and Korean populations, but was absent in German, Chinese, Caucasian and Greek populations.

Such studies need to be repeated to confirm these genes as the hereditary causes in PCOS in that particular cohort. The results of these studies are likely to give a clearer picture of the hereditary aspect of PCOS, making diagnostics and treatment trouble-free.

September is regarded as PCOS awareness month. Women from different walks of life experience this condition. Due to the uncertainty of the causes and symptoms, awareness about PCOS becomes important. Thanks to social media, many awareness- activities organized by different organization have received publicity and are now in the eye of the people.

Every woman is beautiful in her own way. Experiencing PCOS does not take that away from her. Being confident in your own skin is as important as early diagnosis and treatment. PCOS is a treatable condition. While symptoms may overwhelm a young woman who has just entered a very different phase in her life, there is no need to fear. The key to overcoming PCOS is to identify the condition as early as possible. A discussion with the gynecologist will help create a holistic treatment strategy that includes diet and lifestyle changes, along with stress management and exercise.