What Is Iodine Deficiency, Its Causes, And Ways To Manage The Condition 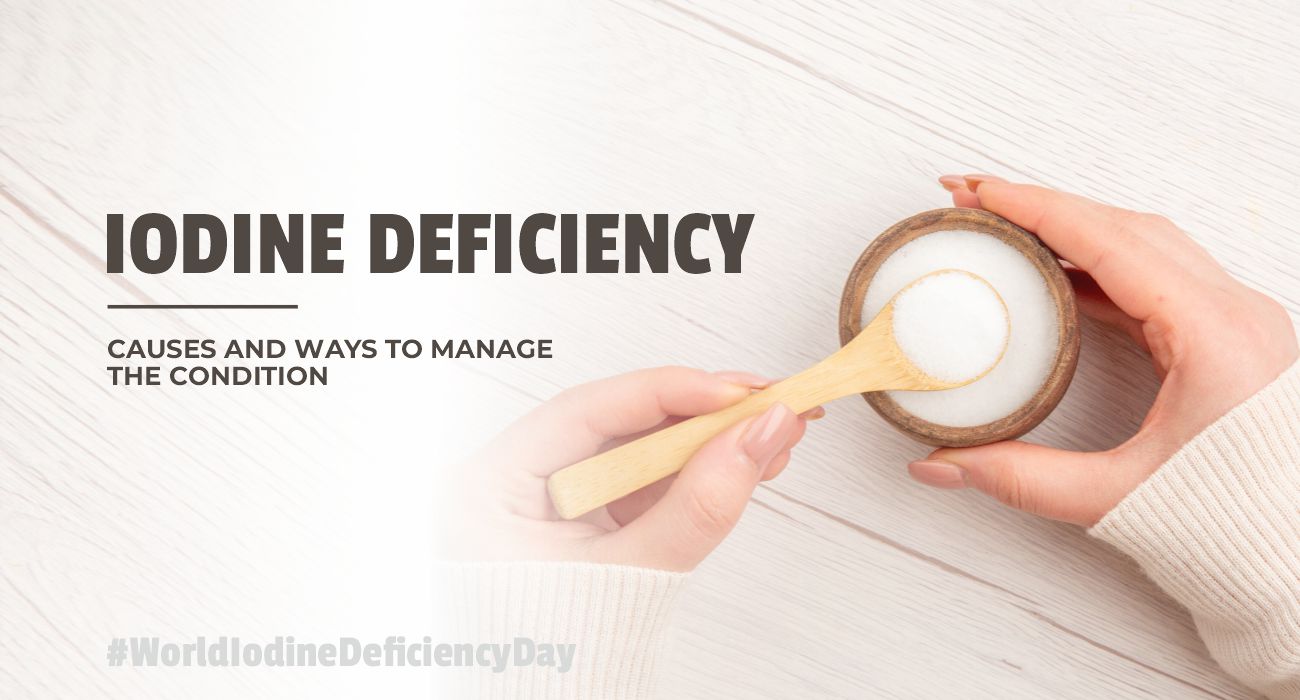 Iodine Deficiency disorders (IDD) are a wide spectrum of deficiencies resulting from the lack of iodine in the diet. Iodine deficiency leads to a reduction of intellectual disabilities and physical capacity and may manifest as goitre, mental retardation, physical and mental defects, and cretinism.

Iodine is an essential micronutrient and is obtained from the food that we intake. Iodine is required by our body for thyroid hormone (triiodothyronine and thyroxine) production by the thyroid gland. Iodine deficiency is prevalent and a significant public health concern. World Iodine deficiency Day on October 21 is to raise awareness about the importance of iodine and its deficiency and aims on working towards the prevention of the disorders.

Iodine deficiency at critical stages during pregnancy and early childhood results in impaired development of the brain and consequently, impaired mental function.

Average recommendation of Iodine daily depending on age-

Know Your Thyroid Levels With AIMAP

People living in areas affected with severe IDD may have an intelligence quotient (IQ) of about 13.5 points below those of comparable communities (where there is no Iodine deficiency). Mental deficiency has an immediate effect on children’s learning capacity, women’s health, the quality of life of communities, and economic productivity.

The most critical period is from the second trimester of pregnancy to the third year after birth. In areas of iodine deficiency, where thyroid hormone levels are low, brain development is impaired.

In its most extreme form, this results in cretinism, but of much greater public health importance are the more subtle degrees of brain damage and reduced cognitive capacity which affect the entire population. As a result, the mental ability of ostensibly normal children and adults living in areas of iodine deficiency is reduced compared to what it would otherwise be