Breastfeeding: Why Does It Matter for Mothers and Babies? 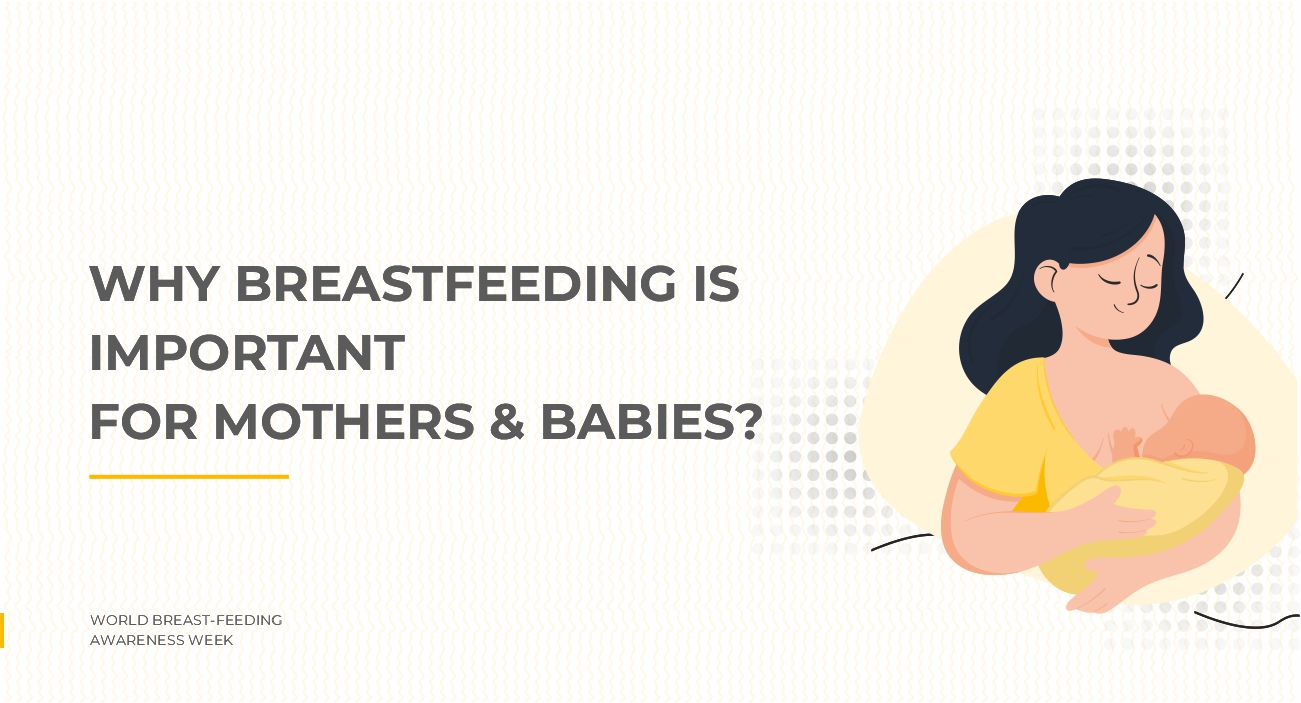 Did you know that people in ancient Greece believed that the breastmilk of a Greek goddess had special powers such as immortality? For instance, according to Greek mythology, Hera’s breast milk made Hercules invincible and created the Milky Way.

Fast forward to the present. Breast milk, for sure, might not have created the Milky Way. However, several researches show that breastmilk has special powers. Breastmilk is packed with essential nutrients, proteins, vitamins, minerals, and antibodies, uniquely created for the baby’s needs. Not only does breastfeeding boost a baby’s physical and mental development, but it also protects a mother’s health.

For those unaware, World Breastfeeding Week is celebrated from August 1 to 7 every year. Coordinated by the World Alliance for Breastfeeding Action (WABA), it highlights the importance of breastfeeding in tackling malnutrition, understanding inequality, and the challenges mothers face worldwide. 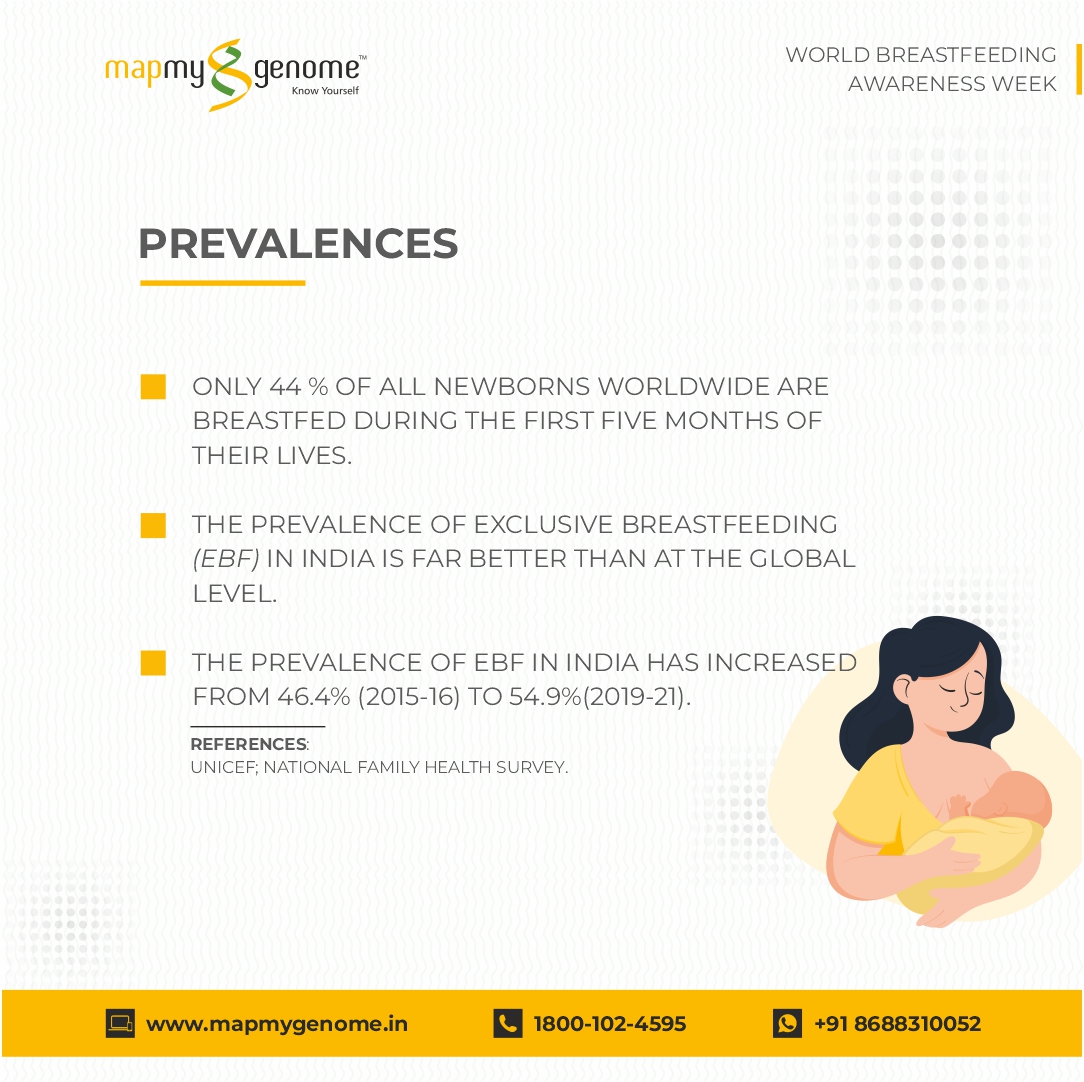 According to the United Nations Children Fund(UNICEF), only 44 % of all newborns worldwide are breastfed during the first five months of their lives.

Get recommendations from our genetic counselors

Benefits of breastfeeding for mothers 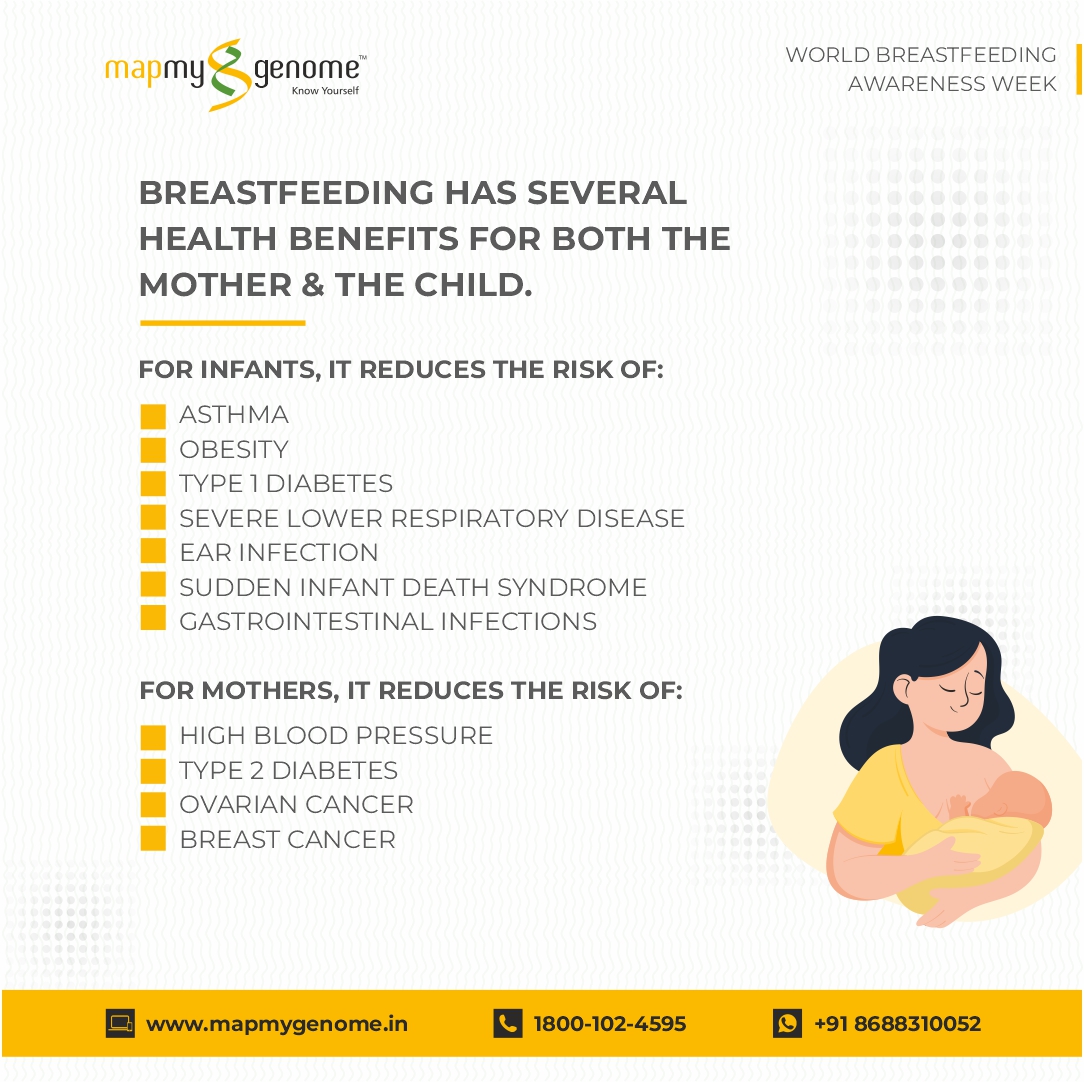 A study by the Collaborative Group on Hormonal Factors in Breast Cancer found that every 12 months a woman breastfed, her risk for breast cancer decreased by 4.3%.

Furthermore, Australian researchers observed that women who breastfed for more than 13 months were 63% less likely to develop ovarian cancer.

Benefits of breastfeeding for babies

Breastfeeding is one of the most effective ways to ensure a child’s health and survival.

For babies, breastfeeding can reduce the risk of: 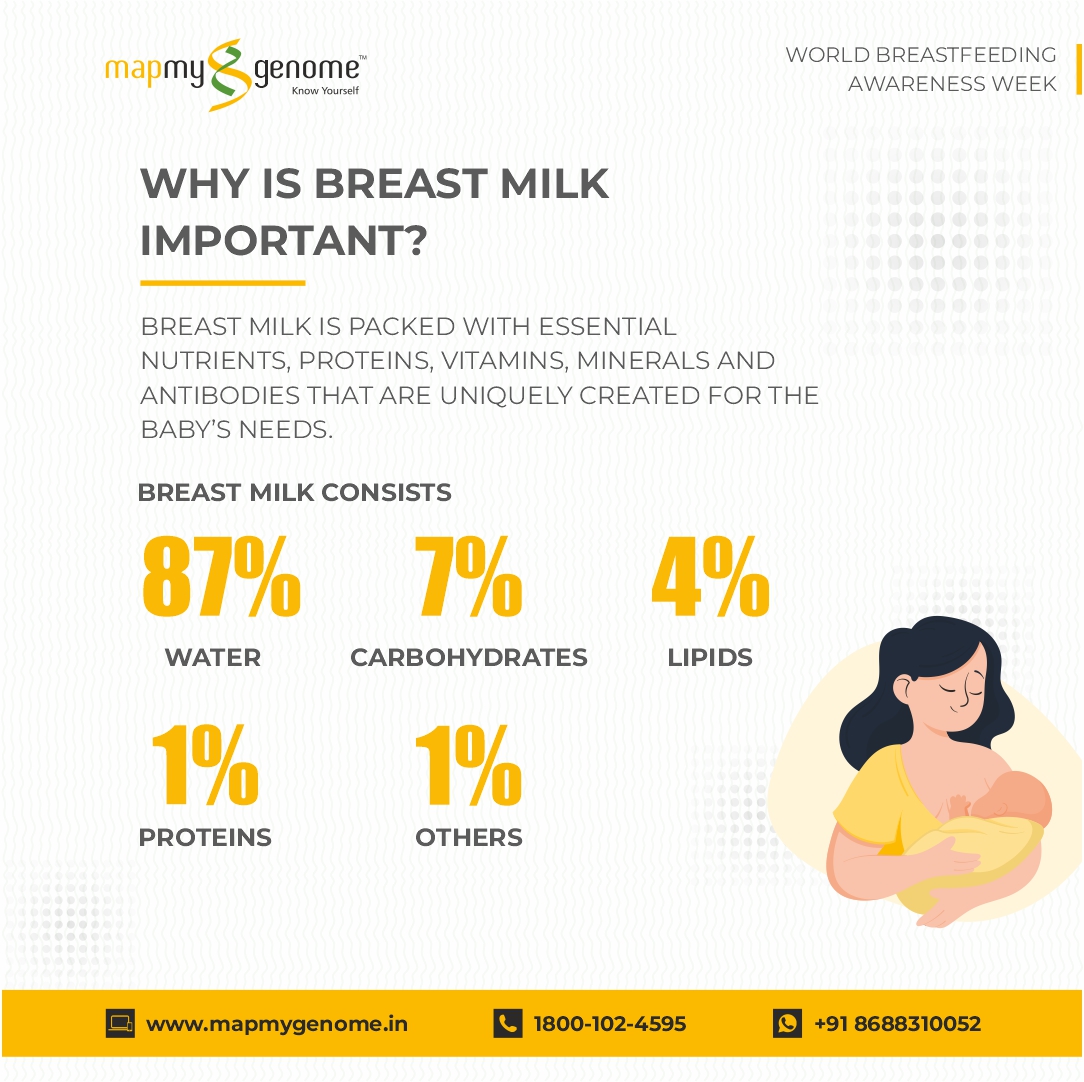 Breastmilk also consists of seven percent lactose- a sugar that provides the baby with energy,  four percent fats(lipids), and the remaining two percent proteins and other bioactive components.

What can we do to protect, promote and support breastfeeding?

Step Up for Breastfeeding

Create a safe and supportive environment for mother and child for comfortable breastfeeding.