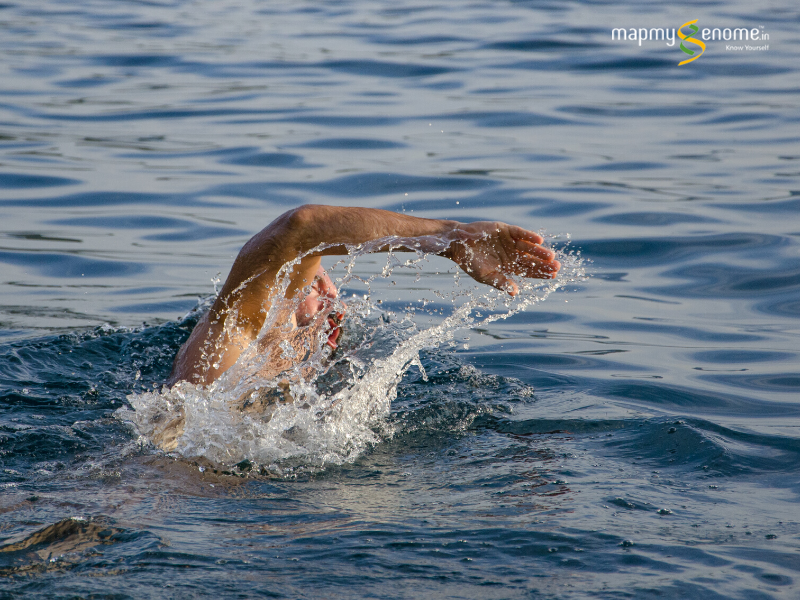 Quadrennial events in sports are seldom the most eagerly awaited and the most emotionally anticipated human gatherings on the international stage. Among them, events which take place in a 50-meter by 25-meter pool filled with 2,500,000 litres of water with races between men and women of the highest calibre are moments to be embosomed. Swimming to the outside world may just look like a passage of time to put an end to boredom. But to a countable few, it means everything. An emerging Ryan Lochte at the 2004 Athens games and a resurgent Michael Phelps at the 2008 Beijing games set the standards of human excellence in water so high, that it sent the most outstanding scientific brains for a toss.

Swimmers as we know use their arms and legs to propel themselves from one end of the pool to the other, flipping against the wall when it is time to change directions. Swimming performance is dependent on muscular power, muscular endurance, anthropometric characteristics, and body composition in relation to vertical jump. With high muscular power genes functioning in the lower limbs, swimmers with certain genetic precursors are given an advantage from their competition right from the platform jump. The bursting leap a swimmer makes from the start platform has one of the biggest impacts on their whole race. This can be seen as an explosive jump that requires a high force production over a short period of time. That jump can launch a swimmer further across the pool to get them an advantage over their competition. People who are born with the genes of high muscular functions in their lower limbs receive an advantage right from the beginning with the extra push they need to start strong. (Roy et al, 2015).

Yes, we are aware of the well-known facts about the role of genetics in an athlete’s performance, and obviousness of hereditary conditionality of sports, but what actually made him so great? What made an athlete like Michael Phelps achieve undaunted global reputation in swimming?

Having extra inches in wingspan allows Phelps to pull more water behind him, pushing him additional on the pool to induce sooner than his competition. Athletes with superior height and limbs are able to get across the pool with more ease than those who may be shorter or may not have the extra-long limb length. A few extra inches in limb length can also help when it comes down to the final seconds of a race, as this can allow the swimmer to touch the wall before the person they are close to finishing the race with. This was never more evident than one of Phelps’ races in his reign of the 2008 Olympics, where he won by one-hundredth of a second to get the gold in the 100-meter butterfly, as mentioned earlier. Thanks to his genetics, Phelps was able to reach his goal of another gold medal owing to his magnificently long length, one thing that solely your order can code for. Only a person with born talents will possess a certain set of genetic prerequisites to a particular activity can reach such levels of excellence. On a technical note, DNA and sports can be broken into four sections; Genes for power and endurance, genes for tendons, ligaments, cartilage and bone, genes involved in recovery and genes involved in diet and nutrition. Like basketball, swimming is a sport where your genetics play an important role in your success. Phelps and Lochte wouldn’t have had the success they have in their Olympic careers if it was not for the genetics of height, wingspan, and muscle mass. These are characteristics that you cannot train for, so having the predisposition anthropometrically can determine who in the swimming world will become a world champion.

In every athlete keep alone swimming; there is DNA and genetic material that is associated with the performance; ACTN3 and ACE. These genes impact the fibre that makes up muscles and are linked to strength and endurance. Various other attributes associated with athleticism are, muscle mass, body mass index, flexibility, aerobic capacity, coordination, personality and intellectual ability. One of the important targets of swimming conditioning is to generate strength in muscle and improve the power. If you can understand, not all muscles are similar and athletes have different types of muscle fibres in them. Generally, skeletal muscles are reported as slow-twitch and fast-twitch fibres. A slow-twitch fibre contact very little and help in endurance activities like long-distance running. In the case of swimming, this fibre favours swimmers in keeping them physically active in events like 1500M and open water swimming without tiring. On the other hand, fast-twitch fibre contacts very quickly and are useful for activities like sprinting which require a sudden burst of strength. In the case of swimming, these fibres favours events like 50M fly and 100M free, which require sudden and powerful bursts of energy in manoeuvering the buoyancy of water.

Type I, IIa and IIb Fibers:

In general, IIb fibres are the first involved in contracting. Once exhausted and weary, type I will take over.

One major thing genetic testing can do is to provide insights to help us perfectly plan our decisions and approach our training in a more structured and systematic manner. If you face hardships as a sprinter, it can be that your body is more favourable towards endurance activities like swimming and marathon running. Understanding our genetic material will enable us to approach rest and recovery, and avoid injuries. Even though our genes cannot tell everything about us, they can surely guide us in a systematic way as we pursue better health and improved athletic performance. More importantly, if you want something very badly and are determined to excel no matter what, you will be unstoppable.

At Mapmygenome, our focus is mainly on predictive risk assessment, maintaining a proper diet, adapting to a healthier lifestyle. We focus on preventive healthcare and wellness. With screening tests like MyFitGene, you can personalize your training and diet while understanding the strengths and weaknesses of your body. If you know the right road to choose, you are halfway to the finish line! Know the best way to get fit for life, read your DNA story to know yourself completely.