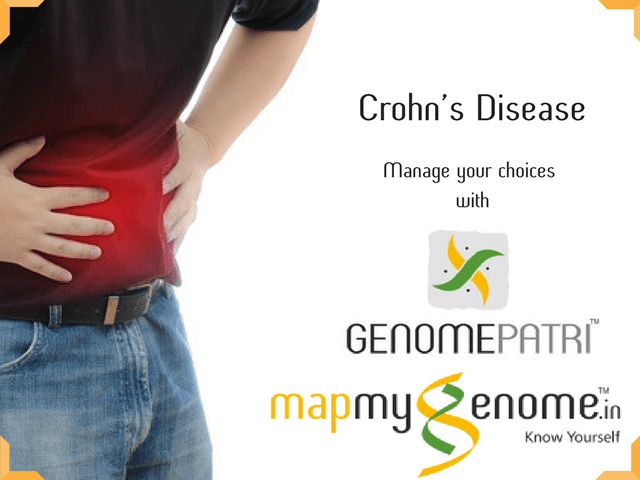 Aditya (28 years) is a software engineer who loved running marathons and indulging in a good biryani from time to time. He noticed a gradual decrease in energy and realized he wasn’t able to run as much as he used to a few years ago. A bigger concern was his gradual but certain unintended weight loss that, over the years, put him at a BMI of 15. This would drop even lower each time he fell ill. Also, he had started to develop rashes on his skin for which a dermatologist had prescribed a steroidal cream. Several tests and visits to multiple doctors gave no information about his condition that he feared was getting worse, and he decided to get a Genomepatri as a last resort to confirm what his research had led him to believe he possibly had.

During the 3 weeks before he received his Genomepatri report, and informed by his own research, he had made a few changes and was already beginning to see an improvement in his energy levels and his BMI was finally just within the normal range. And during his genetic counseling appointment, we discussed an important revelation from his Genomepatri — his significantly high genetic risk for Crohn’s Disease.

Aditya’s genetic risk for Crohn’s Disease was about 2 times that of the average population. And during his genetic counseling appointment, it was recommended that he do the tests that would help confirm the diagnosis in light of his symptoms. He shared that he had results from all of these tests with him, but no one was able to connect the dots.

Based on his clinical symptoms and the test results, we recommended dietary modification, smoking cessation, and regular exercise. Aditya, being a step ahead of us, was happy to report that these were the exact dietary and lifestyle changes he had made without knowing for sure that he had Crohn’s and had already begun to see improvements! On being asked by our Genetic Counselor if he thought it was good news or bad news to get his Genomepatri results that revealed his risk and imminent diagnosis for Crohn’s Disease, his response was:

“I see this as good news. Most people don’t want to be told they have a lifelong disease, but for me, it is the greatest news because I possibly have a diagnosis. Finally! Only if I have a diagnosis can I know for sure what to do about it. This diagnosis will tell me what to eat, what to avoid, and how to improve my overall health. This is the diagnosis I have been waiting for over 3 years.”

We were happy to help give some closure to Aditya with regards to this condition that, while not life-threatening, had greatly affected his quality of life. He hopes to continue to eat right, exercises regularly, feels empowered and plans to run more marathons. His weight is up again and he feels more energetic. Crohn’s Disease no longer controls his life because he is now in control of his choices — diet, lifestyle, and management. Aditya plans to follow up with a gastroenterologist, do screening tests regularly and play an active role to maximize his periods of remission (lowered inflammation from Crohn’s) and minimize flare-ups (increased inflammation from Crohn’s). He did say that he plans to set aside a day each month when he can indulge in a small portion of non-spicy Biryani!