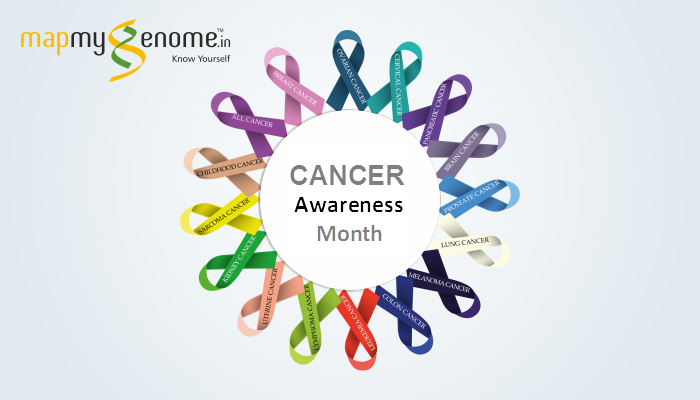 Prostate Cancer is a dreadful disease that has affected millions of lives in past few decades. It is the second most common cancer in men – the number of men affected globally was estimated to be around 1.1 million in 2012, accounting for 15% of the cancers diagnosed in men, with almost 70% of the cases (759,000) occurring in more developed regions (1). With an estimated 307,000 deaths in 2012, prostate cancer is the fifth leading cause of death from cancer in men (6.6% of the total male deaths). Because PSA testing has a much greater effect on incidence than on mortality, there is less variation in mortality rates worldwide (ten-fold from approximately 3 to 30 per 100,000) than is observed for incidence, with the number of deaths from prostate cancer larger in less developed than in more developed regions (165,000 and 142,000, respectively). Mortality rates are generally high in predominantly black populations (Caribbean, 29 per 100,000 and sub-Saharan Africa, ASRs 19-24 per 100,000), very low in Asia (2.9 per 100,000 in South-Central Asia for example) and intermediate in the Americas and Oceania (1).

What is Prostate Cancer?

Prostate is a small, walnut sized gland that lies just below a man’s bladder. The function of this gland is to create the fluid that makes up the semen. It undergoes two growth stages: Once at puberty, and once around the age of 25 years. There are various causes for prostate cancer and it begins when cells in the prostate start growing and dividing more rapidly than normal cells, as normal cells have a programmed cycle of life and death whilst cancer cells reproduce continuously and accumulate in the body, triggering tumor development. This tumor can progressively spread across to nearby tissues, organs, lymph nodes and eventually bones.

What are the symptoms?

Currently there are no early stage signs and symptoms but once the symptoms aggravate it can progress to advanced stage, leading to: 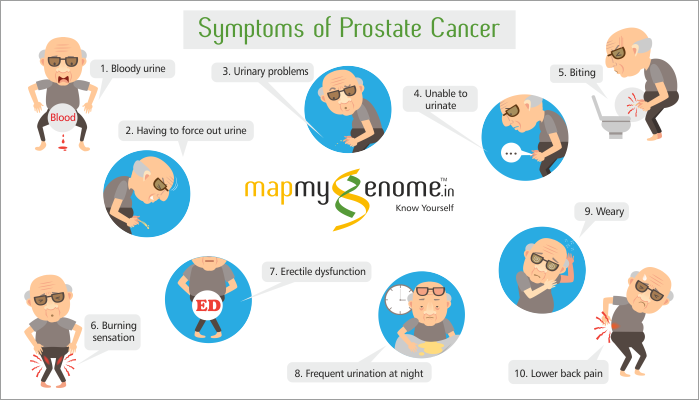 What are the tests for Prostate cancer?

Prostate cancer screening is recommended in the earlier 50’s and the tests that might include are:

A very simple procedure where the blood sample is drawn from the vein and further analyzed for PSA, a substance that is naturally produced from the prostate gland. It is normal to have minimal amount of these levels in your bloodstream but if higher levels are found, it may be an indication of prostate infection, enlargement, inflammation, or cancer.

Most healthy men have PSA levels under 4 nanograms per milliliter (ng/mL) of blood. The chance of having prostate cancer increases as the PSA level goes up.

When prostate cancer develops, the PSA level usually goes above 4. Still, a level below 4 does not assure that a man does not have cancer – about 15% of cases that indicated prostate cancer in a biopsy had PSA levels below 4.

Here the doctor examines prostate gland and looks out for any abnormalities in the shape or size, texture and based on this might suggest further tests.

Once the physician finds out any abnormality in the PSA or DRE test, below tests would be recommended to determine whether you have prostate cancer:

Physician may use transrectal ultrasound to evaluate prostate cancer further. In this test, a small probe is inserted into the rectum. The probe uses sound waves to make a digital picture of the prostate gland.

Sample collection of the prostate tissue

If early test results suggest prostate cancer, then the physician recommends collecting a sample of cells from prostate (prostate biopsy). This procedure is generally done using a thin needle that is inserted into the prostate to collect the tissue and is further tested to determine whether cancer cells are present.

There are certain genetic testing panels that screen for genetic variations that can increase your risk for prostate cancer and this can help in better understanding the risk factors and possible screening options for the ones with strong family history of prostate cancer.

Mapmygenome offers these tests with a pre-test genetic counseling services given by a certified Genetic counselor in order to help you understand the risk and mitigation options.

Dietary recommendations for reducing your risk for prostate cancer 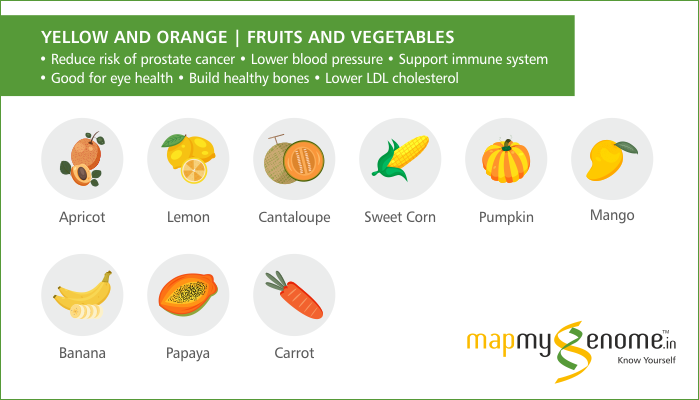 Our genetic tests Oncomap and Genomepatri assess your genetic predisposition to prostate cancer and PSA levels. While this is an initial assessment to determine your genetic risk, our genetic counsellors correlate these risks with your health history and recommend an action plan that focuses on prevention. If your doctor recommends a molecular diagnostic test for prostate cancer, we can help you here. To find out more, visit www.mapmygenome.in, write to info@mapmygenome.in, or call 1800-102-4595. Today!

(4) Green tea. (2012, May 4). Retrieved from http://www.cancer.org/treatment/treatmentsandsideeffects/complementaryandalternativemedicine/herbsvitaminsandminerals/green-tea