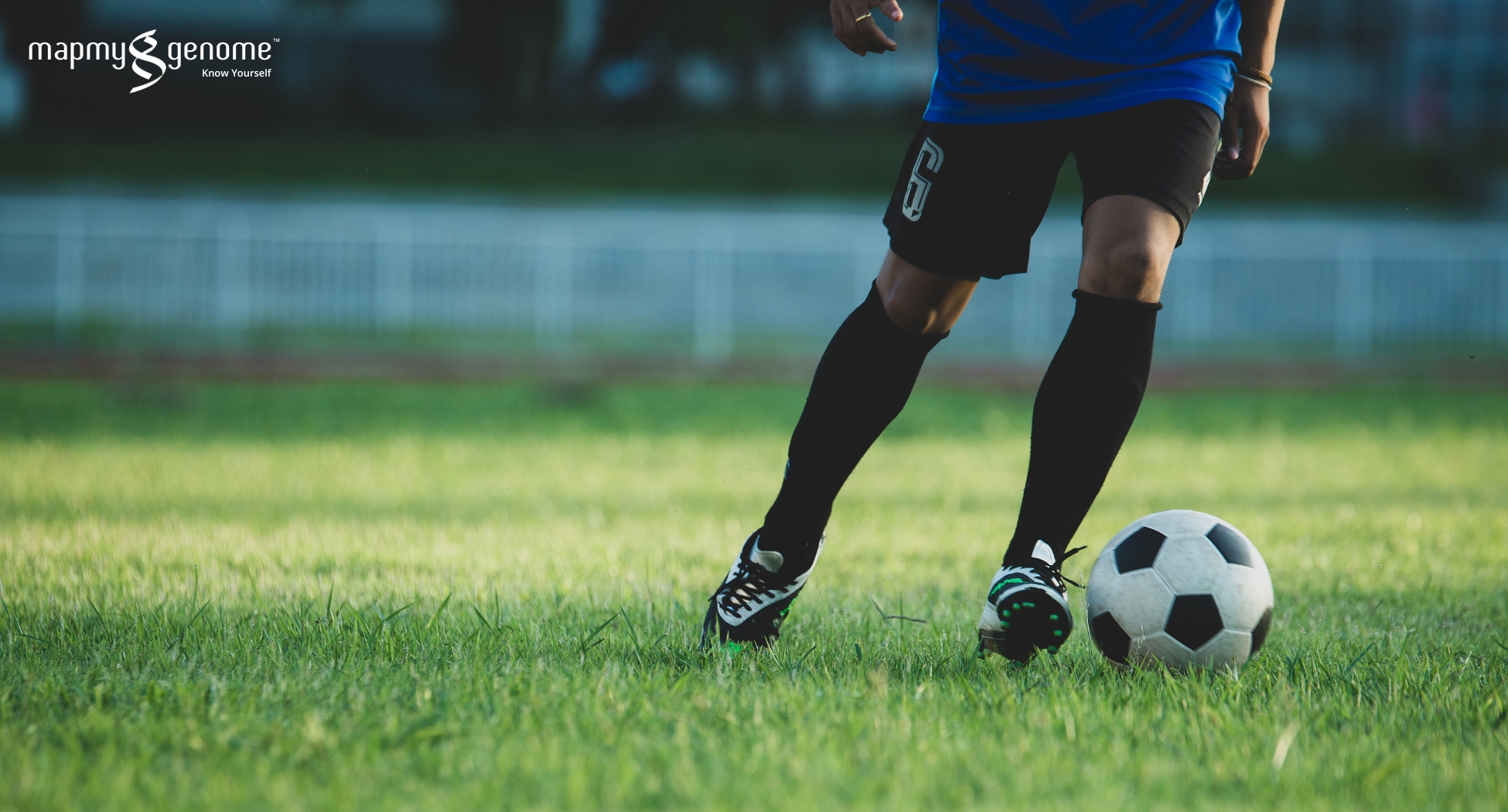 Football – Bloody Hell! A global spectacle that unites the un-united, a festival of joys and treasures, that answers every monotonous question life puts to us. Football to me is a beautiful emotion beyond religious potentialities. If there’s anything that makes the difference between the work in a day and the silence of the night, it is sports (preferably football). Heroes of sport and game offer us something beautiful, beggaring description. As relevant as it may seem to the hours of practice an athlete puts, it boils down to the very own individual capability of an individual.

In sports, like other, there’s no single gene for an individual trait-like endurance, sprint-ability, etc. Sam Snead, one of the greatest long ball hitters of Golf once said, “Practice puts brains in muscles”. How bloody relevant is that in our beautiful game? A game which has in it, characters like Johan Cruyff, Ronaldinho Bryan Robson, and Gareth Bale, is built on the principles of strength and endurance; patience and perseverance; agility and guile; and look-ability into the unknown minute. A game as piously spiritual as Football should have something in it, beyond the euphoria and its ever-cheerful audience. Isn’t it? What if I say, sports genomics demystifies the link between athletic performance and genetics?  What if I say, understanding your genetic predisposition helps you achieve centralized and personalized training in a particular sport?

Is there a sports gene?

There’s no shortcut to sporting success other than hard work and practice. It all boils down to the work-ability and the athletic-ability of the individual to lift them onto safe shores, and is associated with many a technical factor. Are the achievements in sport and games, DNA based? Does genetic makeup of an individual speak for the sprint-ability and endurance? The answer is No. But, the question remains intact, still. What exactly is the sports gene? A gene that defines whether an individual turns out into a footballer, cricketer, swimmer or a boxer? Surely, the performance of an athlete is so complex an attribute; it has the influence of both genetic and environmental factors in it. Various physical traits influence the ability of an athlete, importantly, the skeletal muscles for movement and the fibres that make them. Skeletal muscles have two types of fibres, i.e., slow-twitch and fast-twitch fibres. Slow-twitch fibres contact very little and help in endurance activities like long-distance running. In the case of a footballer, they help the player to stay in the game for the entire 90 minutes without tiring. On the other hand, fast-twitch fibres contact very quickly and are useful for activities like sprinting which require a sudden burst of strength.  In the case of a footballer, these fibres will help the player to exert immediate strength to move quickly from the midfield into the wing and feed the waiting striker inside ‘D’. Genes that are associated with the performance of an athlete like ACTN3 and ACE, impact the fibre that makes up muscles and is linked to strength and endurance. Various other attributes associated with athleticism are muscle mass, body mass index, flexibility, aerobic capacity, coordination, personality and intellectual ability.

The one question that certainly baffles every one of us is, do all great sportspersons build their athletic prowess from scratch, or do they have a biological advantage? Or, are Vidic-esque and Bale-esque brilliance on the football pitch, super genetic effort, or are they just an individual’s sturdy efforts effects in perfecting an art? As per the current state of scientific research, there’s no single that defies and defines an individual’s excellence in a particular sport. Malcolm Gladwell’s “10,000-Hour Rule” states that, to excel in any area or sport, one needs to practice the correct way, for a mere 10,000 hours. So the modern-day’s ever celebrated Ronaldo, and the ‘magician from another planet’ Messi are not just mere genetic outcomes but one man’s individual passion and possessiveness towards achieving undebatable and inerasable excellence on a football pitch.

Oh Wait!!! Did I sound like Dhanraj Pillay? Okay. Leave it.

So, it’s all about genes and the genetic makeup, innit? And, the Tiger Woods’s Augusta magic of ‘97 and Dhanraj Pillay’s spell-bounding sorcery of ‘98 are all an individual’s undying passion and perseverance in representing the game at its orthodox best, aren’t they? Frankly, it’s nothing but a slight biological advantage that a few people have with the rest in particular areas. Achieving fitness is multidimensional – you learn about some strength, few weaknesses, a couple of tricks you pick up along the way, and a couple of skills that you were genetically blessed with!